But business owners focused on social media and other online trends may be overlooking a much more powerful marketing medium, one that boosts sales, consumer and retailer loyalty, and provides valuable marketing feedback – good old-fashioned face-to-face meetings.

Experts on entrepreneurs and marketing say there is no substitute for personal contact when launching a small business, and many successful business owners agree. "Electronic communication will never replace the relationship-building that can take place with the eyeball-to-eyeball [exchange]" says Dr. Leslie Roberts, founder and president of GoForth Institute, a national "entrepreneur school" based in Calgary that provides resources, support and training to small businesses.

While Internet technology and social media such as Twitter and Facebook allow businesses to manage contacts and nurture important professional relationships, it's the initial "handshake" that makes a lasting impression with retailers and consumers.

Independent business owner Chris Lumley certainly agrees. The 32-year-old president of a Toronto child car-seat company has made it his mission to personally meet the hundreds of retailers carrying his product, and the payoffs have been huge. So far he's shook hands and conducted training sessions at three-quarters of the nearly 300 independent stores across Canada and the United States that sell his products – and reaped immediate higher sales.

In the first month after each round of visits for Clek Inc., especially those focused on product safety and training, sales of his ultramodern child safety seats skyrocket, doubling and sometimes tripling previous records at those retailers, he says. "That justifies the price [of the road trip]" says Mr. Lumley, who recently returned from a whirlwind trip to Ohio, Kentucky and Indiana. "The true return on investment of [me visiting]… is that relationship we build with them because they like dealing with us, and me, as a company.

"In these smaller stores a lot of times the people on the floor are the owners and they only sell what they really believe in."

Two decades ago, personal networking was the go-to business model. But when Internet marketing and social media burst on the scene 10 years ago, many people thought cyber networking could generate the same results as a leisurely sit-down business lunch, says GoForth's Dr. Roberts, a former professor at the University of Calgary's Haskayne School of Business and Mount Royal College.

"Now people are returning to the basics with handshaking and face-to-face," she says. "There's nothing like the connection that a president and founder of a company can make when meeting the consumer."

"Research in the business-to-business world suggests the No. 1 reason for selection of a supplier is the personality of the sales team or seller. This is above the technical specs, marketing form, anything else," Dr. Middleton says. Furthermore, long-term, repeat business is much more likely to result when consumers feel as if they have a personal relationship with the boss.

One micro-business - companies with fewer than five employees - that owes its success to traditional pavement-pounding is Los Cabos Drumsticks, a Fredericton drumstick manufacturer started in 2005 by husband-and-wife team Larry and Gillian Guay, both 57, after their custom furniture business bottomed out.

For the Guays, both 57, the immediate challenge was how to get their product into retail stores without any insider contacts to set the wheels in motion.

"We didn't invent some magic drumsticks that were going to make people drum better but [the product]was Canadian so, maybe, some Canadian retailers would like to buy them," Ms. Guay remembers thinking. "But retailers sort of laughed at us and said, 'Who needs another drumstick?'… So I said, 'Okay, I'm going to have to walk in there and sell the things myself.'"

Using the Internet to plot music store locations, the Guays hit the road, travelling to eastern Ontario, Quebec, the Prairies and Western Canada on separate regional road trips armed with "a million printouts from Mapquest." They systematically cold-called dozens of music stores, led by Ms. Guay, who launched into her "30-second spiel." Their minimum order at the start was 48 pairs, with each pair retailing for a third less than the competition. Even if they didn't make a sale, they always left a pair of their drumsticks with the store associates, and made sure to follow up with phone calls and sometimes another trip to meet the stores' managers.

Clek's Mr. Lumley has cultivated a strongly loyal following through his cross-country visits. During one trip to a small store in the middle of Saskatchewan, he said the owner admitted that Mr. Lumley was only the fifth salesperson to visit in the store's history. "To him it meant so much that I had to fly across the country and then drive four hours in the car to see him because there's literally nothing around him."

Another area in which face-to-face interaction has had an enormous impact is the local food movement, note researchers at the Queen's University School of Business's Monieson Centre in Kingston.

The resurgence of locally grown food products sold at outdoor markets in rural Ontario shows consumers want to meet the people behind the food they eat, says Jeff Dixon, assistant director of Monieson Centre. He calls it the "craft versus Kraft" phenomenon whereby artisans "create value for their product, and consumers are willing to pay more for a cheese made by an artisan cheese producer than [ a multinational such as]Kraft."

Mr. Dixon cites local boutique producers such as Picton, Ont.-based Fifth Town Artisan Cheese, and the Ontario Water Buffalo Company, a farm in Stirling, near Belleville, Ont., that supplies fresh buffalo milk to niche mozzarella cheese makers, as examples of companies that have gathered valuable long-term clients who pay top dollar because they know and trust the people who make the products.

Another vital reason small businesses should embrace personalized interaction as a strategy, says GoForth's Dr. Roberts, is the insightful marketing feedback they receive straight from the source, their consumers. According to The Sources of Innovation, a book by MIT Sloan School of Management professor Eric Von Hippel, "70 per cent of new consumer products and innovation come from ideas from customers."

"If you're not engaging the customer, you're missing out on potential opportunities," she says, adding that businesses gain major points with consumers who appreciate the chance to voice their opinions to the head honcho.

Ms. Guay of Los Cabos Drumsticks is convinced they owe their success to those early cross-country trips.

"Without those road trips I don't think we'd be where we are today," she said. "One of our biggest customers said to me the other day, 'Do you know why we brought you on board? … It was because we liked you and we like to do business with people we like.'" 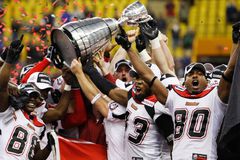 How to set up a successful loyalty program
October 12, 2010 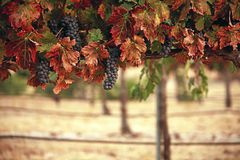 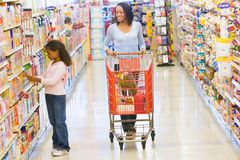 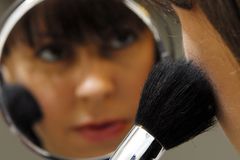