Glenn Young wants his company to be the Nike of nutrition.

The company specializes in "liquefying snacks and snackifying liquids" – or selling so-called "functional" beverages to consumers – which serve as healthy meal replacements with added nutritional benefits.

But while it has seven locations in and around downtown Montreal, international success requires expanding out of Quebec. Mr. Young, the president of the company, hopes to have 350 North American stores open within the next five years. The aim is to establish between 60 and 80 stores in Montreal, Toronto, Calgary and Vancouver – Liquid Nutrition's core Canadian markets – with future locations planned across 35 cities in Canada and the United States, all within the next five years.

The challenge, however, will be to maintain the atmosphere and personality that have made Liquid Nutrition successful with a local health-conscious crowd but on a wider scale. That means building a brand that's recognizable and consistent, independent of language or locale.

"When you go to a Liquid Nutrition in Ottawa or Kelowna, you're going to get the exact same experience," Mr. Young says.

The company has already been expanding at a rapid pace.

In 2004, Matt Hill and James Kane, ex-rugby players and entrepreneurs, opened their first Liquid Nutrition store. Disenchanted with the common but otherwise unhealthy ingredients used in competing smoothie products – such as the ice cream and yogurt bases used by Booster Juice, and the U.S-based Jamba Juice – they chose only to include fruit, ice, and other nutritional supplements and powders in their drinks.

That attracted the attention of Greg Chamandy – co-founder of T-shirt and clothing manufacturing giant Gildan Activewear Inc. – and his wife Chantal.

In 2007, Mr. Chamandy's interest in the trendy smoothie and supplement shop led him to buy it. It wasn't long after that Mr. Chamandy approached his friend, Mr. Young, to develop the company's franchising and expansion plans.

The company has signed Steve Nash and Russell Martin to represent the brand. There are four more athletes to be announced by the end of the month.

The move, Mr. Young hopes, will lend credibility to the still-small company, and also appeal to a wider market that is undoubtedly more familiar with their spokespeople's athletic successes than the Liquid Nutrition brand.

Right now, credibility is what he craves. Liquid Nutrition is looking to sell energy bars, waters and supplements in-store in the near future, and is set to go public on the Toronto Stock Exchange later this month.

"You don't need to get to 1,000 stores to be considered a national brand," says Mr. Young. Instead, he says the goal is to populate the top 10 markets in North America with Liquid Nutrition stores.

The challenge: How to carry out a rapid expansion while still maintaining the ingredients that have made the company successful with its local crowd.

The experts weigh in:

Mat Wilcox is an independent consultant, formerly of the Canadian communications firm the Wilcox Group

While some companies build up locations over time, Liquid Nutrition seems to favour the "go hard, go fast and own the market" approach. But when expanding beyond a small local market, you need to retain your culture and personality and prevent it from fragmenting. That means keeping the stores consistent, and the locations similar, which isn't always easy to do when franchising such a huge number of stores.

How much freedom will each franchise owner have? And are you going to be able to retain the same corporate culture of those seven Montreal stores on a scale of 350? Those are the questions you need to ask.

The benefit of having a celebrity or athlete on board depends on the nature of their involvement. On the one hand, they can sometimes be very transient. For example, is the celebrity in it for the dollars, and not necessarily because they believe in the product? If that's the case, I wonder how advisable it is for a small company that has very scarce resources to be pursuing that path.

However, as a small company, it can be very hard to get attention. It can be very hard to break through from a local market, and so you need to find representatives who are genuinely passionate about your company. If they're already customers who believe in your product, and they're already invested in the brand, they can be highly effective. Celebrities can add that reach, and in some cases, additional credibility to a brand.

Six years ago, the plan was to expand across Canada to 20 locations. And today, we're in 16 cities and four countries. We'll finish the year with somewhere between 80 and 90 locations, so the plan has changed slightly.

Of course, there are interesting cultural nuances to every market, too. In Austria, you're able to smoke and have dogs in almost every store. That was certainly a shock for me.

Have a business challenge? We can help.

Tell us the biggest challenge facing your small or medium-sized company, and let our panel of experts weigh in with smart advice. Send ideas here. 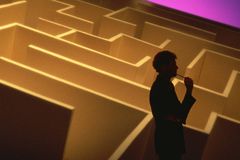 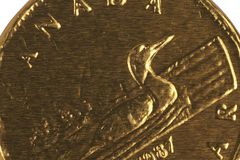 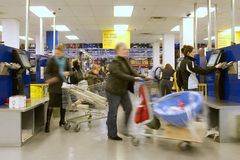