That's because our phones are constantly buzzing with news apps and social-media status updates about natural disasters, the threat of nuclear war and the fracturing political landscape south of the border.

It's enough to make people a little anxious at best.

The best marketing is about powerful storytelling that elicits an emotional response in the consumer. But with an audience whose attention is increasingly being pulled in the direction of the latest crisis, how are marketers meant to speak to it?

What should marketing look like in the age of anxiety?

Many brands are already changing the way they approach their corporate messaging, sometimes proactively, other times in a reactive manner after being pulled into a situation against their will.

Our political climate – and the conversations taking place about it online and in the real world – is forcing brands to take positions on topics that were once off-limits for many marketers, include issues of politics, morality and public safety.

Keeping in mind consumers are on edge, marketers need to answer the question of whether they should be tackling the issues of the day, reacting based on their values and the values of their consumers, or staying out of the fray entirely. Does taking part in the broader conversation of societal issues help build a brand – or should brands stay in their swim lane and stick to their own industry?

For many brands, these unique times have spurred them to take actions they might not have in the past, ensuring they are doing the right thing for their customers and for their own moral compass.

Never before have we seen so many CEOs and business leaders speaking out on societal and political issues to ensure their brands come across as authentic and genuine.

Whether it's the CEO of Merck walking away from the U.S. President's American Manufacturing Council after the Trump administration's hollow response to the events in Charlottesville, or the announcement from Microsoft that the company would provide legal support to any employee in danger of deportation as a result of the repeal of DACA, brands are taking stands in new and profound ways.

Look at the brands that are standing up to help balance some of the negative messaging we are seeing from political leaders, brands that are focusing on promoting a message of inclusivity and weaving a more hopeful tone into many campaigns.

Notably, Expedia launched a campaign positioning travel as a way to help make the world a better place, painting a collage of connectedness through a shared thread of humanity, something that may be just what consumers need.

Others have chosen to weave both hope and unity into their marketing. To mark the United States' Fourth of July celebrations, Ancestry.com unveiled a campaign dubbed "Declaration Descendants." The one-minute video features people of different races and ethnicities reciting passages from the Declaration of Independence, sometimes in unison. The spot ends by revealing that everyone featured in the video is a descendant of one of the signers of the Declaration of Independence.

The digital age has accelerated timelines for communications. In the event a brand is pulled into an unwelcome conversation, waiting a week to make a statement can feel like a lifetime to consumers. It can also cause considerable damage and an immediate backlash.

So what should your brand do? Establish a clear moral compass and stick to your principles. Focus on what unites us, rather than what divides us. Celebrate the things that will balance what is happening elsewhere in the world. Counteract the anxiety-inducing messages we are inundated with every day. And stand up to the chaotic and divisive rhetoric so prevalent on social media and being promoted by certain political leaders that creates alerts that make us cringe every time our phone buzzes.

There's never been a more important time to celebrate inclusiveness, global collaboration and the promise of a better world. Brands that invest in those messages, and speak out when things run counter to their values and those of their customers, have the power to be voices for change, and guiding lights in an age of anxiety. 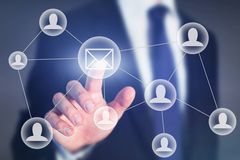 Strategic partnerships can be a game changer for your small business
August 3, 2017
Why you should launch a brand, not a product
July 27, 2017
Follow Mia Pearson on Twitter @miapearson
Report an error Editorial code of conduct
Due to technical reasons, we have temporarily removed commenting from our articles. We hope to have this fixed soon. Thank you for your patience. If you are looking to give feedback on our new site, please send it along to feedback@globeandmail.com. If you want to write a letter to the editor, please forward to letters@globeandmail.com.
Comments