As digital marketing picked up speed throughout 2013, one area that continued its remarkable growth was online video. Not just adorable puppy and cat videos – and well beyond the weirdly awesome "Fox" phenomenon.

Top brands and businesses of all sizes took the plunge by increasing their budgets and often getting great results across multiple platforms.

First, a little perspective. Back in 2011, the top 10 online video ads generated 16.9 million shares. In 2012, that number increased to 19 million, with 2013 generating 29 million (as of November) – a year-over-year increase of 52.1 per cent and a blaring signal that consumer media consumption habits are rapidly evolving.

This year was a game changer for online video, with trends over the past 12 months likely to shape the industry for years to come. With online video marketing to advertising to social video owning the stage like never before, it's been a huge boost for consumers, brands and digital platforms.

Brands in one study reported an average 65-per-cent increase in spending this year over last, with agencies up by 83 per cent. They're tapping in to huge traditional ad budgets with no signs of slowing down: Nine out of 10 businesses have said they plan to increase video ad spending even more in 2014.

Online video giant YouTube is expected to bring in $5.6-billion in revenue this year, up 51 per cent from 2012, representing 11 per cent of Google's total ad revenues. An analyst at eMarketer concludes "growth in impressions and viewership, particularly across devices, is probably the major growth driver (behind YouTube's ad revenues)" for 2013.

The shift from traditional media to online video advertising is one businesses of all sizes took notice of in 2013, and that's sure to translate into even more growth in 2014.

Over the past 12 months, brands embraced the role of content creator. Video content marketing was a huge growth area in 2013, with 78 per cent of CMOs believing creating their own custom content is the future of marketing.

The 2013 Benchmarks, Budgets, and Trends report also shows the majority of North American small businesses and big brands focused on video as a critical content marketing element this year.

Why? It makes sense, and it's proven. Internet users interact with video content at twice the rate of other forms of digital content.

As the top 20 most shared online video ads of 2013 were released and subsequent analysis revealed, "... shares are the currency of social success and for brand marketers, discovering how to create and distribute highly shareable content (repeatedly and at scale) is now at the top of their wish list."

Online video was already the most shared content in 2012 on Facebook, trumping pictures and article links. Across industries analyzed, videos were shown to drive sharing 375-per-cent more frequently than text-based status updates on business pages. This trend expanded in 2013, with another report declaring video was the most popular format of viral content on the platform.

Micro video also became a force to be reckoned with. In October it was announced that brand-created videos had earned upward of 40 per cent of all shares on Instagram. Twitter-owned online video app Vine is said to have grown the most this year, experiencing a 403 per cent increase, with many brands taking advantage of its short-form video potential.

Online video's impact in 2013 has been obvious on many levels, leading us into yet another year that will offer more of the same. Perhaps the biggest sign of its potential for explosive growth in coming years is Cisco's projected 1.5 billion daily online video viewers in 2016, which would be 15 times as much as current levels.

From bite sized to longer format video productions, the brands that stepped up showed the world how to do online video the right way. "The top 20 list shows how brands, big and small, local and global, can make a big impact using social video across the web," Richard Kosinski, U.S. president of Unruly, said in a company blog post. "With the right content and the right distribution strategy, advertisers have the ability to engage consumers at speed and scale."

Roll and record. Now's your chance. 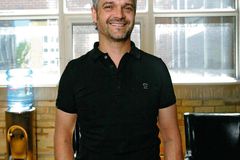 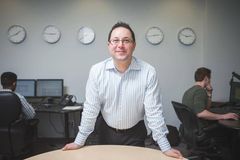 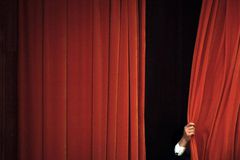 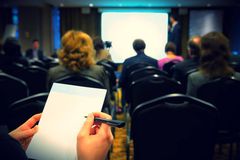 Referrals are worth their weight in gold. Here are five ways to get them
December 16, 2013