Call it the Serial Effect – named for the true crime podcast that went viral in 2014 – but podcasting seems to have reached a tipping point in popular culture. According to The Infinite Dial 2016, a study by Edison Research and Triton Digital, an estimated 21 per cent of Americans (57 million people) listen to podcasts at least once a month, and those numbers are growing. Canadian statistics are harder to come by, but anecdotal data indicate a rise in Canadian listenership as well.

It's an exciting time for podcasting, and businesses that are early adopters can reap serious rewards. In terms of content marketing, podcasting is the new blogging.

Large businesses are producing high-quality branded podcasts as a marketing vehicle for their organizations. GE's branded podcast The Message went to No. 1 in the American iTunes store, and in Canada branded podcasts by RBC, Shopify and Slack have significant downloads. But what about small businesses that might want to get in on the podcast action?

Ara Mamourian, founder and president of SpringRealty.ca, and Matthew Slutsky, co-founder and co-president of BuzzBuzzHome, are colleagues in the real estate and development industry and recently released a podcast together.

"We both have this love for urbanization and were chatting and said, 'Let's start a podcast!' " Mr. Slutsky explains.

The pair invested a few hundred dollars in equipment, including a mixer and three microphones. They record their podcast using GarageBand software on their laptops in a boardroom at their offices, and do minimal editing before publishing. The result is urbanizeTHIS, a show about urbanization issues in Toronto and cities beyond.

"It's been great for my business because I've been able to have Twitter conversations about the podcast, which increases our follower count, and elevates my profile in the urban development industry. It's taken my brand to a different level," Mr. Mamourian says.

Mr. Slutsky says, "It's not just educating us and our listeners, but it helps me connect to people. I've had so many come up to me [after listening to the podcast] and say, 'I had no idea about that.' "

Educating and entertaining listeners is the key to a podcast's success, says Corey Coates, co-founder of Podfly, a podcast production company based in Canada and the United States.

Mr. Coates believes that small businesses can definitely benefit from podcasting, as long as they are realistic about the potential reach of the medium.

"I wouldn't advise trying to attract new customers with your podcast, simply because the raw numbers aren't there. You'll get a better ROI [return on investment] with more traditional marketing and advertising," he says. "Our clients find podcasting is a good way to connect with customers who are already in the middle of their buying journey with you. They're looking for an extra layer of credibility, authenticity and relatability within your organization."

Just how many people can you realistically reach through podcasting? "If you have over 500 listeners to your podcast within the first 30 days of podcasting, you are in the top 5 per cent of iTunes," Mr. Coates says. "It's a very small market of people who absolutely adore podcasts, but the value is that you're capturing the attention of a listener longer than you ever will with a blog, e-book or video. To think that you might be able to get an individual for 45 minutes or more, every single week, listening to what it is that you have to say … that is remarkable. It's a quality-over-quantity game."

Mr. Mamourian and Mr. Slutsky found that to be true with Urbanize This. "Even if you start with a small listener base, you never know who's listening. The first person we interviewed had two large Canadian builders reach out to him after the episode aired. It got me really excited about the potential of it. The podcast gives some credibility in getting out in front of the builders," Mr. Slutsky says.

If you're considering a podcast but not sure what to say, Mr. Coates advises that you don't talk about your organization. "Turn it outward and instead of focusing on yourself and your company, focus on your customers, clients or the people who have stories and wins because of what you do. Those are the good stories to tell," he says.

Podcasting can be labour-intensive. Planning, recording, editing, distributing and marketing each episode can easily take 10 to 20 hours per episode.

Mr. Coates and his team at Podfly recommend that small businesses take a seasonal approach to podcasting. "Create an eight- or 10-episode story arc. Have a beginning and an end, and let people know what they're about to get in to. Listeners will batch-download and binge-listen," he advises.

Avery Swartz is a Toronto-based tech expert and owner of Camp Tech, which offers day-long tech workshops for non-technical people, including Intro to Podcasting. Avery is moderating a panel at this weekend's Hot Docs Podcast Festival in Toronto. 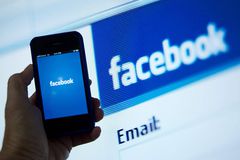 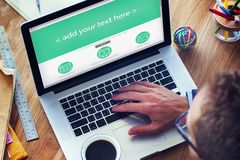 Five reasons your company shouldn't have a blog 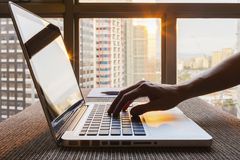