A few days ago, I nearly bumped into a young woman on the streets of Toronto. She wasn't watching where she was going because she was fixated on her phone as she tried to capture a virtual critter visible only on the screen of her device. Luckily no one was hurt.

For anyone who has been paying even cursory attention to the news over the past few weeks, it's easy to figure out that this young woman was playing Pokemon Go, the wildly popular augmented-reality video game that has quickly become a global phenomenon. Pokemon Go isn't the first mobile application to use augmented reality – a technology that superimposes computer images over real-world images in real time, essentially turning your mobile device into a window on a virtual world – but it has certainly thrust the technology into the mainstream.

Much of the coverage of Pokemon Go to date has focused on how its immersive gameplay has driven users to distraction and how the quest to capture these virtual creatures has led players into inappropriate locations – and sometimes different countries.

However, its popularity also clearly illustrates the power of augmented reality to merge digital experiences with the physical world and how, as a society, we now crave real-life experiences that are enhanced by technology.

The stats say it all. Pokemon Go is already the top-grossing app in the United States, Britain, Germany and Japan. For the launch in Japan, Pokemon Go shattered records with more than 10 million downloads in one day.

Of course, the potential for marketers to meld their messages with the physical world through augmented-reality technology is massive. Whether it's through an app like Pokemon Go, or some other form of augmented reality, innovative brands are already looking for new ways to integrate themselves into real-world experiences with a digital filter to create new experiences.

Immediately after the launch of Pokeman Go, we saw many brands look to capitalize on the craze, with some purchasing Lure Modules to attract people to a particular Pokestop near their business for 30 minutes. McDonald's took it a step further and became the game's first official sponsor. But prior to this we have seen other companies have success with the AR trend.

In January, Sephora released the Sephora Virtual Artist tool, a mobile app that encourages customers to "try on" different lipstick shades using the front-facing camera. The app helps Sephora drive conversion, as it can help customers decide whether they like the product and then "add to basket" if they wish to purchase the shade they have tested out in the filter.

Other companies have piggybacked off the popularity of these filters, such as those used by Snapchat, and created branded filters users can enjoy within applications. This year for Cinco de Mayo, Taco Bell launched a sponsored lens campaign with Snapchat that turned users' heads into giant taco shells, while the recent Wayhome music festival near Toronto offered concert goers a collection of photo filters they could use to augment their own images to capture the experience.

As we are likely to see more augmented-reality innovation, here are a few things to keep in mind when thinking about an AR strategy.

Keep it fresh The most successful apps update their filters on a daily basis. Users want to check in to see what's new and test out the latest features, knowing that it may not be there the next time they log in. Ensuring timeliness and paying particular attention to your execution are important.

Keep it simple The most successful AR campaigns have been the simplest ones. Take Pokemon Go, for example: Users open their phones, walk around, spot a Pokemon and try to catch a Pokemon. Users will become quickly discouraged if apps are unfamiliar or overly complicated. Keeping things simple also allows brands to appeal to a broader audience, including non-millennials who may not be as familiar with AR.

Keep it authentic AR offers brands the opportunity to bring real-world experiences to consumers in a way they haven't been able to before. The key is to keep it playful and interactive, but in a way that is authentic to your brand. Focus on how it can enhance the customer experience and bring added value to your brand.

Augmented reality represents fertile new ground for marketers, but, as with any new technology, it is imperative to develop a strategy that is creative, unique and authentic. 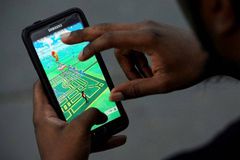 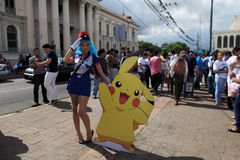