One of the most frequently quoted lines from Shakespeare is that "a rose by any other name would smell as sweet."

In the marketing world, a modern translation may be that "an app with any other logo would work just as well?"

We've all seen the recent headlines condemning Instagram and Uber for changing their logos and app layouts. Of course, this isn't the first time we've seen logo redesigns go awry and raise the ire of the online masses.

In digital marketing, change is inevitable, and yet many brands still struggle when it happens. If you're thinking of rebranding, you had better be ready for what comes next.

Make sure you are asking the tough questions about why you're rebranding, that you're ready for the likely backlash, and most importantly, that you stick to your guns.

Logos are the visual representation of a company; the key identifier for a brand. Throughout history, the most iconic companies in the world have redesigned their logos to update their image for as long as we can remember. Coca-Cola has one of the world's most recognizable logos in the world, and even it has been on a journey of constant evolution, updating its fonts and iconography over the years.

While brand advocates and loyal consumers have always felt a certain ownership of a brand about which they are passionate, in the age of mobile devices, that relationship is heightened. Consumers interact with many of the biggest companies in the world on a daily basis through their phones, their most personal of devices. Social media platforms, sharing-economy companies, our banks, our music – all of it lives on our mobile devices. That kind of constant engagement brings a new level of passion and loyalty to brands that we've known for so long.

So when a company goes ahead and rebrands its app, or its logo, it's not only changing its own image, it's changing that icon on millions of home screens around the world.

Twenty years ago, when a company changed its logo, consumers would often see the change roll out gradually – on business cards, letterheads, or a new sign in a mall window. The rebranding would be a process, not something that appears to have happened overnight.

Now, in a world where everything is mobile first, rebranding is still necessary, but it's also immediate and personal. Companies need to beware of the potential consumer reaction. Not everyone responds to change well.

Which is just one reason why a rebrand today requires new considerations:

The No. 1 question to ask before rebranding is: why are you doing it? Understanding why you're rebranding and what the direction is that you want to take is the first step. Change is good; it means the company and brand is advancing, innovating and moving forward. A logo should reflect the company's mission, values and its growth and evolution. Get your stakeholders on board, send out a note to your community and loyal followers explaining why and how you came to the logo redesign or website/app update.

Companies spend a lot of time and money researching and developing a logo redesign. Don't go through all of the trouble of updating your brand without fully explaining it to your invested community and customers.

Sports franchises are also brands that we've seen evolve over the years. Recently, the Toronto Maple Leafs unveiled a new logo that harks back to the team's early roots, in an effort to recapture some of its old glory. Why? The team is about to enter into its centennial season this fall, and the newly redesigned maple leaf crest was created to resemble the designs used between 1939 and the team's final Stanley Cup in 1967. The Leaf has 31 points, honouring 1931, the club's first year at Maple Leaf Gardens, and the 13 veins at the top of the design represent the club's 13 Stanley Cups.

Whether you like the new Leafs logo or not, the team had a clear motivation for change, and ensured the change was thoughtful and purposeful.

Be prepared for the backlash

To invest in the creation of a new logo that more accurately reflects the current brand, only to face a major backlash from the public when it launches, can be very disheartening. Look at what Instagram has had to endure since it switched to a new app logo.

It's important to be prepared for this reaction – it's natural. In fact, it means your community is loyal and feels connected and passionate enough to speak out. It means they're invested in the company and want to be involved in any changes. So bear with your customers who are upset about the change, let them know that you hear them and explain your reasoning behind the move.

Stick to your guns

Remember that you made this change for a reason. Companies evolve, advance and grow. Despite any initial backlash, over time, the most likely scenario is that consumers will learn to accept it, if not embrace it. It's important to evaluate as you go; listen to what your audience is saying.

In some rare cases, you may need to course correct. Think about the Gap logo disaster of 2010. After 20 years with the classic blue and white logo, Gap made a change it felt reflected the millennial mindset. Turns out, the company was wrong and consumers were outraged. Luckily, Gap was listening. Through crowdsourcing ideas, they brought back the old logo, and with it, a new level of customer appreciation. Old logos represent nostalgia, and nostalgia works for certain companies.

As is the case with most business decisions, there is always an element of risk involved with rebranding. But, it's a key part of growth – it's a shift toward a new future or a shift away from an old, stale past. There are challenges that come with rebranding, but it's important to be bold and back up your decisions with clear reasoning. 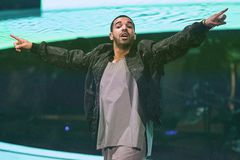 How your brand can take advantage of National Pretzel Day. (And National Pet Parent Day. And National Hug a Plumber Day.)
May 16, 2018 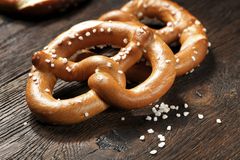 Once you've achieved success, your game plan needs to change
May 16, 2018 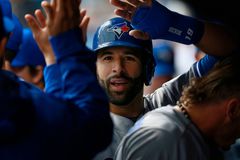