Sean Clark, founder and CEO of Canadian online footwear retailer ShoeMe.ca, had several figurative doors slammed in his face by brand-named footwear distributors and traditional retailers when he first started out. "They believed Internet equals discount and a horrendous retail experience," he says.

Big-brand retailers weren't interested in selling their wares through ShoeMe's e-commerce model. But Mr. Clark knew Canada was primed to play catch up with countries such as the United States, home to online shoe giant Zappos.com.

"Two per cent of all footwear in Canada in 2012 was purchased online," Mr. Clark says, "while other major economies buy 15 per cent to 20 per cent of their shoes online."

Mr. Clark's biggest challenge was not finding customers, it was growing fast enough to meet demand by expanding the collection and having access to more brands.

In 2010, Mr. Clark graduated from the Robert H. Lee Graduate School of the Sauder School of Business, where he developed entrepreneurial skills and experience. His MBA led to a $15,000 Mitacs fellowship to perform corporate strategic analysis of online retail giant Coastal Contacts' expansion into the Asia Pacific Region. He was singled out for his innovative approaches and took on regional manager roles in Australia and Britain.

In 2012, Mr. Clark left Coastal Contacts to pursue his startup.

He credits his wife as his inspiration after he was asked to drive across the border from Canada into the United States to pick up shoes she had ordered online that couldn't be delivered to Canada. After this cross-border trek, Mr. Clark was determined to come up with a local solution and ShoeMe was born.

The environment was ripe for a Canadian-based online footwear retailer after Zappos.com announced it would leave Canada in April, 2011.

Mr. Clark planned to provide an alternative for its former customers. But to meet that demand, build up stock and ensure his company's success, ShoeMe needed crucial buy-in from international footwear distributors.

Mr. Clark leveraged his experience in online sales and his knowledge of the retail sector to demonstrate he could sell at full price online, especially to customers outside of Canada's urban centres, for whom e-commerce provided choices not available at local retail outlets.

He says ShoeMe decided to fine tune its marketing efforts to meet the needs of Canadian consumers wherever they lived. This allowed the company to win over customers and demonstrate demand without discounting.

Since ShoeMe's launch in January, 2012, more than half of its demand has come from rural Canada. Mr. Clark says he believes this market, in particular, demonstrated the huge potential for a Canadian-based site that doesn't charge large shipping or customs fees.

By proving demand for online footwear purchases without discounting, Mr. Clark was able to win over much-sought-after international suppliers. In the past month the ShoeMe staff has increased to 45 from 30 employees to accommodate the more than 200 brands the company is adding to its site.

In June, 2014, the company appointed three new executive members, including Aaron Brown – one of the original senior members of Zappos.com – as ShoeMe's vice-president of merchandising.

"We have experienced triple-digit growth year-over-year in the past two years and now operate in two facilities in Toronto and Vancouver," Mr. Clark says.

ShoeMe has also caught the eye of major Canadian investors. On July 15, Roger Hardy, founder and CEO of Coastal Contacts, announced he and a group of Canadian investors would be purchasing both ShoeMe.ca and Seattle-based OnlineShoes.com, which have an estimated combined annual revenue of $200-million.

Mr. Hardy will take over as CEO and chairman of ShoeMe.ca and Mr. Clark will be president of the company's Canadian operations.

Paul Cubbon is a marketing instructor at the Sauder School of Business of the University of British Columbia. 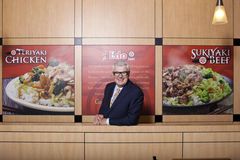 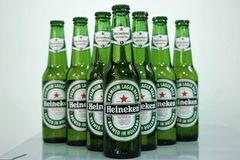 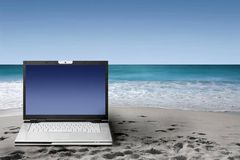 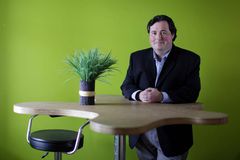