It's only rock and roll. Or is it?

Over the course of a career spanning more than half a century, The Rolling Stones have established themselves as the most iconic rock band in history.

But the Rolling Stones that will be rocking stadiums throughout North America this summer is hardly the same group of skinny, long-haired troublemakers who helped lead the British Invasion of the 1960s.

The Rolling Stones have endured – surviving scandals, substance abuse, line-up changes and legal entanglements – enjoying a longevity unlike any other band in history, and indeed a brand power of which most marketers can only dream.

Now, as Mick, Keith, Ron and Charlie embark on what could almost probably be their final tour – although we've heard that one before, haven't we? – perhaps it's time we take a look back and see what The Glimmer Twins can teach us about staying power, branding, and longevity in business.

A constant evolution It's pretty hard to be one of the most famous rock bands in the world for more than five decades if you're not willing to evolve with the times. From early albums full of covers to writing some of the greatest hits in rock and roll history, the Stones have remained tuned in to what is relevant and have incorporated emerging musical trends into their own distinctive style.

The Stones may have started out by recording blues-influenced albums like 1964's 12x5, but by the end of the 1960s, they were a different band. As they grew as musicians, and as the mood of the culture darkened in the face of the Vietnam War, The Stones took to recording darker, edgier rock albums like Let it Bleed. By the 1970s, the Stones were experimenting with elements of disco and punk rock on different albums, as they sought to evolve with the times.

Of course, the Stones evolution continues. Over the last few years, the band has worked with Jack White, Christina Aguilera, and last week at the Stones' Kansas City tour stop, they performed with Thinking out Loud singer Ed Sheeran. While performing Beast of Burden, the band took time to snap a couple of selfies, and behind the scenes, Mick Jagger recorded a few YouTube posts.

Bands and brands alike, if they are not willing to evolve and understand what it is that is interesting, appealing and important to their audience they won't be able to keep them for long.

As the Stones exemplify, evolving does not mean changing the core of your business to appeal to a fad, rather, it is about having an implicit understanding of your core business values and finding ways for your business to leverage popular trends, tools or platforms to continue telling that story in a way the audience will pay attention to.

They take risks From hairstyles to song selections, the Rolling Stones aren't ones to shy away from risk. From the beginning they broke the mould on how British boy bands should look, perform and sound, and have continued to take risks with their careers ever since.

Sure, not all of those risks panned out. Mick Jagger's solo career, for example. Or the 1983 album Undercover, designed to try and appeal to the MTV Generation.

But sometimes those risks pay off. By the late 1970s, with Studio 54 all the rage, the Stones began incorporating elements of danceable disco into their records, from Miss You on 1978's Some Girls record, to the title track of 1980's Emotional Rescue.

For many bands – and brands for that matter – such a radical departure from a tried and true formula could be terrifying, portending devastating results. But for the Stones, evolving with the times, and remaining relevant to their fan base while at the same time attracting new fans – meant building on their own strengths while incorporating fresh sounds.

Of course when it comes to risks in business, some require a bit more calculation, but the key learning remains the same. In order to grow bigger and better, risks are necessary to keep moving up. Understanding what the opportunities are allows you to be strategic with the risks your business is willing to take.

They don't forget their roots If there is one group that has had their fair share of rough patches, it's the Rolling Stones. Whether it's Keith Richards' now infamous struggles with substance abuse, the epic in-fighting that comes from worldwide superstardom, or the tragic death of original guitarist Brian Jones, it hasn't all been Brown Sugar and Honky Tonk Women for the Stones.

And yet, the band continues to endure, defying expectations of men their age, while touring with the same songs generations have grown up on. Even the group's iconic tongue and lip design emblem – designed in 1971 – has remained largely unchanged since it debuted on the 1971's Sticky Fingers.

Big or small, they haven't let their mistakes undermine their work, and neither should brands. In business, things are going to go wrong, crises are going to arise and things are going to get messy, but there is always an opportunity to learn from that and grow. Use the mistakes, big, small and everything in between to get better and push your business forward.

There are plenty of lessons that Mick, Keith, Ron and Charlie can teach us. They're trailblazers, pioneers, and they sure know how to make a comeback. They're many of the things that businesses aspire to be.

For brands, you can't always get what you want from your strategy, but if you take a few lessons from the Stones, you might just find, you get what you need.

Why growth hacking is a foreign concept to many business owners
May 21, 2015 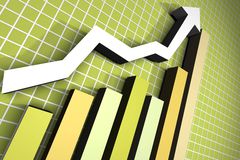 With the right influencers you can create demand in a matter of clicks
June 4, 2015 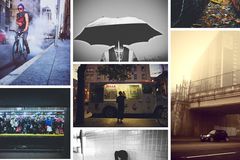 The power of thinking inside the box
June 18, 2015
Follow Mia Pearson on Twitter @miapearson
Report an error Editorial code of conduct
Due to technical reasons, we have temporarily removed commenting from our articles. We hope to have this fixed soon. Thank you for your patience. If you are looking to give feedback on our new site, please send it along to feedback@globeandmail.com. If you want to write a letter to the editor, please forward to letters@globeandmail.com.
Comments