The recent move to ban the sale of shark-fin soup in the city of Toronto and some of its surrounding suburbs, like any government-mandated ban or consumer-led boycott, presents a tricky situation for the local business community.

If you own or run a restaurant that serves the dish – and is therefore subject to the ban – what do you do? And what do you do in other parts of Canada, such as Vancouver, where a ban like this could soon be on the agenda of municipal politicians?

Do you take a popular food item off your menu just because the local government will fine you if you're caught serving it? Or do you defy the ban and serve it "underground" by not putting it on the menu, hoping that nobody surreptitiously shoots video footage, then sends the clip to a TV news station or posts it on YouTube? Or do you invite the fine and challenge the ban in court?

From a legal perspective, it could be argued that municipalities have no authority to lawfully enact a ban on the sale of shark-fin products because it's beyond their jurisdiction. That it's something for the federal government to put in place, the same way Ottawa might regulate or ban commercial trade of other endangered species.

Vancouver animal-law lawyer Rebeka Breder disagrees. Municipal governments, she says, "generally have the right to ban the sale of products on the basis that the product affects public health – mercury being a chemical that is always found in shark fins."

As well, she adds, "municipalities have the power to legislate on matters pertaining to animal welfare."

A case in point is the recent ban by Richmond, B.C., of the sale of dogs from pet stores. The bylaw was challenged in court on the basis that the city lacked the jurisdiction to ban the sale, but the bylaw was upheld by the B.C. Supreme Court. "Banning the sale of shark products, like banning the sale of dogs from pet stores, would be a valid municipal purpose that would likely withstand judicial scrutiny in B.C. and other parts of Canada as well," Ms. Breder added.

Even if you managed to win in a court of law, you may well lose in the court of public opinion. The ban in Toronto has raised awareness of the issue not only in the Toronto area but in other parts of Canada as well.

The public is becoming increasingly aware that sharks – like whales, elephants and rhinos before them –are being overfished and they are an endangered species. In some parts of the world, sharks are caught, their fins cut off, and the body thrown back in the ocean to die: a procedure called "finning." "Sharks are definitely at the top of the list for marine fishes that could go extinct in our lifetimes," Julia Baum of the Scripps Institution Of Oceanography In California said to The Guardian in 2008. "If we carry on the way that we are, we're looking at a really high risk of extinction for some of these shark species within the next few decades."

Consumer awareness of social and environmental issues radically changed the diamond industry, steering many consumers away from "conflict" or "blood" diamonds in Angola, Sierra Leone and Côte D'Ivoire, to ones mined in Canada instead.

It may happen with sharks as well. Restaurants or caterers that continue to serve shark-fin soup may find themselves at the receiving end of media scrutiny, demonstrations, embarrassing viral videos and consumer boycotts, especially from consumers in their 20s and 30s who are more environmentally conscious than their parents or grandparents. Indeed, the demographics may dictate what your business does on this issue as the older generation is replaced by a younger one more interested in changing the world and saving endangered species than in showy weddings and expensive soups.

Continuing to serve shark-fin soup might bring with it public-relations and reputation-management issues for your business.

More importantly, customers may be lost. One of my daughter's university roommates told me she and five friends stormed out of a Victoria restaurant when they saw shark-fin soup on the menu, and they vowed never to return. Other customers may take a page out of Mao Zedong's Little Red Book and "slit the belly of the pig from within," deliberately not tipping waiters and telling them the reason is that the restaurant still serves shark-fin soup. (That'll get the restaurant's attention.)

So if you're a restaurant owner, even in cities outside Toronto, I suggest being on the "right" side of consumer history. Telling your customers you do not serve shark fin soup could be a public relations coup, demonstrating that your business is both environmentally and socially responsible. It might even bring in customers who are avoiding the competition.

Banning shark fin soup will not destroy the Chinese restaurant industry in Canada. But it may save a species.

There are other soups. 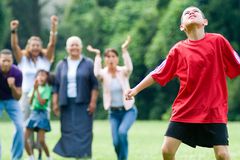 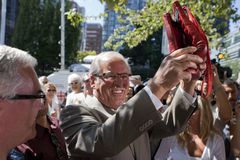 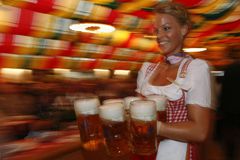 A hodge-podge mix of provincial franchise laws cries out for a fix
October 25, 2011 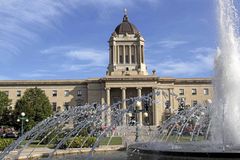