Public relations and marketing professionals spend a lot of time looking for ways to amplify their story. A home run is hit when they can extend beyond traditional media and start to trend on Twitter and light up online communities.

Except, that is, when a brand makes a mistake that can turn into a real failure.

One is when a company tries to capitalize on an existing, but sensitive, news cycle. Once something significant happens, there is typically a 48-hour news cycle that continues, and brands look for positive ways to insert their message.

Sony Corp. found itself in a difficult situation around the death of Whitney Houston. As the news was spreading and people were sharing their memories of her music and offering condolences, Sony raised the price of digital downloads of her music, figuring that sales would likely increase.

But it quickly corrected the price increase and explained what happened.

The social media community is very quick to notice any misrepresentation or dishonesty from brands, which makes it more important to be completely honest and transparent in marketing and public relations efforts. Thinking that nobody will notice or people won't be able to put the pieces together should be the furthest thing from a brand's mind. Quite simply, there are too many people watching.

Wal-Mart Stores Inc. and its agency, Mercury Public Affairs, were in the news recently for a PR problem directly tied to lack of transparency.

The retail giant is trying to open a new store in Los Angeles, but the opening is being resisted by numerous labour groups including Warehouse Workers United ,who held a closed press conference to discuss Wal-Mart's expansion into L.A.

Using a fake name and posing as a USC student, a Mercury employee attended the meeting, where she recorded interviews with attendees and asked detailed questions about working conditions. She was eventually caught the next week when she was handing out her real business cards at an anti-Wal-Mart rally.

Wal-Mart's statement said, "This individual's behaviour was contrary to our values and the way we do business," and a statement from Mercury added that this "was in no way approved, authorized or directed by Wal-Mart or Mercury." They then added that the employee in question is no longer with the agency.

In this case it, is more difficult to determine where the responsibility for the error in judgement lay, but it's certain that the problem is that the principle of transparency was ignored.

Sometimes there's a great opportunity to recover even when you didn't create the problem. After signs announcing a new Taco Bell in Bethel, Ala., proved to be a hoax, the company decided to put a positive PR spin on it and announced Operation Alaska to deliver 10,000 tacos to the town of 6,200. The story has already been picked up by top news outlets in the United States and abroad.

So what can we learn?

First, always think about what can go wrong with any proactive campaign. It is worth pulling a group of key stakeholders today into a boardroom to assess the risk and reward of doing any sensitive campaign. Have the right decision-makers in the room and walk through all possible scenarios.

Monitor social media channels. Reaction times are critical and, when you have made a mistake, you want to admit it and move on. The shorter the conversation cycle around your brand, the more likely people will forget and appreciate your honesty. Everyone makes mistakes but not everyone deals with them appropriately.

Saying something as soon as possible is vital, even if it's just that a statement will be coming. If you don't, the speculation will start, and, once that happens, everything ends up under the microscope, making your recovery efforts much more difficult. The speculation also tends to be sensationalized and thus has a propensity to be remembered even after the issue is resolved.

Finally, if you make a mistake, apologize. Explain what happened, what you are doing to resolve the issue and issue an apology. Many think that admitting a mistake will make it worse, but often the opposite is true. It humanizes the issue and the participants. Even if the issue is complex, people will at least understand the human element and the fact that mistakes do happen.

In the new world of communications, social media can spread ideas much faster than ever before. In a matter of minutes, a company's reputation can be put at risk. 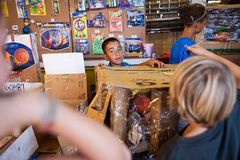 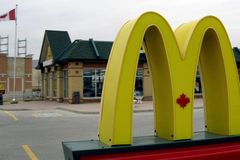 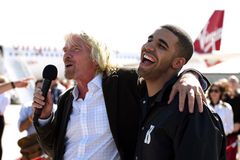 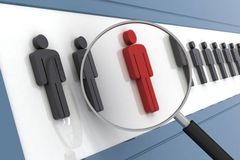 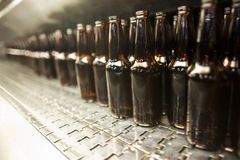