They say that one dog year is equivalent to seven human ones. But in this digital age it might be more accurate to say that one unresponsive hour on Twitter might equal a lifetime for a brand.

To play ball in a social ecosystem that is always on, where consumers are always watching and making decisions about their loyalties, an always-on marketing strategy is mandatory. Time and time again we see brands investing in short-term social campaigns but losing sight of the long game – much to their detriment.

At the Super Bowl this year, Beyoncé released a new single that called out Red Lobster. With a soft toss like that, the savvy Twitterverse awaited the restaurant chain's seemingly inevitable social media response.

And they waited. And waited.

Eight hours later, the company sent out an overworked, and moment-missing reply. What should have been a golden opportunity was instead dismissed as a weak response. Red Lobster missed a huge opportunity.

Where does this fear of timeliness come from? Since 2013's infamous Oreo blackout-tweet, teams have had the business metrics to back up the engagement impact that relevant and reactive content makes. Now, instead of war rooms full of copywriters, brand managers and artists standing by only at the Super Bowl, smart marketers are putting in place a fully loaded, year-round strategy. People expect it, and like any good conversationalist your brand needs to be listening and responsive.

In-the-moment social media reactions are authentic, brand building and humanizing, because that's how humans behave in the real world. In a newsfeed cluttered with one-way advertising messages, real messaging stands out from the noise. It's not about cooking up the perfect hashtag in a boardroom or finding the ideal cause to attach oneself to. It's about taking a look at what your brand's personality is, and finding every appropriate moment for that to shine. Every hour spent censoring, hesitating and reworking is a step away from what your audience would connect to.

Brands need to find the balance between polish and responsiveness – and clearly understand that social media is not broadcast entertainment. Your audience is going to see self-indulgent output as an interruption to their discussion, and nobody likes to be interrupted. Build those relationships and brand loyalty by leading with your ears, and earn that right to communicate with them.

There are horror stories, of course, around being too flippant and reactive online. DiGiorno Pizza has dominated Twitter thanks to its sharp wit and ear for real-time conversations, but a careless tweet put that status at risk.

When the #WhyIStayed hashtag was trending, bringing to light personal stories about domestic abuse, DiGiorno Pizza decided to jump in with a joke in poor taste. The brand apologized, saying it didn't read the context of the hashtag before posting. A Twitter storm began, and the error should have sunk the handle.

Instead, something else happened, which showed there are two sides to the reactive coin. Instead of hiding, the brand stayed visible and communicative, apologizing directly to hundreds of followers. Instead of over-edited explanations, the brand voice stayed entirely human and sincere. Instead of sinking the handle, the move became a caution to research properly and a case study on crisis management best practices.

The smartest brands understand who their audience is and what they care about. They build and maintain a relationship with their social audience by actively engaging and communicating with newsroom-style immediacy, ensuring an ongoing conversation with their users and building trust with an always-on consistency.

Water-cooler conversations that might have happened in the office the next day now take place with the same urgency on social. To join these conversations seamlessly and to great impact, brands need to create content lobs that rally the dialogue, not pause it like a spike. Social strategy needs to be always on and heads up – or brands risk missing the pass entirely.

Mia will be speaking at The Globe Small Business Summit, an upcoming conference that brings together business leaders who are growing their companies. Other speakers include Harley Finkelstein from Shopify and Bruce Poon Tip from G Adventures. 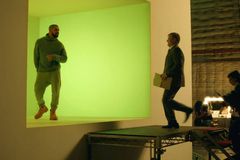 Is it worth it to enter industry award competitions?
May 16, 2018 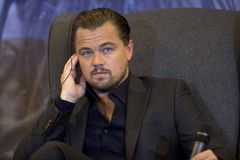 The best brand advocates may be your own employees
May 16, 2018 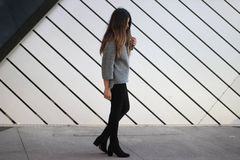