Companies all around the world are facing an epidemic: mass commoditization. Products and services are becoming commodities faster and faster and margins are disappearing just as quickly, putting great pressure on an organization's bottom line. This trend is not going to slow down; in fact, the speed with which innovations become commodities is going to get faster as the world gets smarter and more interconnected.

While this is the harsh reality we all face in the marketplace, the question we need to ask ourselves is this: How do we stay ahead of the ever evolving market?

The answer can be found by developing meaningfully unique products and services. While that sounds good, how exactly does a company go about doing such a thing?

Before I get into that, let's look at a small company based in Gaithersburg, Md., SmartBolts. Now, the marketplace is pleased with paying two dollars for an everyday bolt, but SmartBolts wanted to find a way to make bolts differently. How can you turn something as commoditized as a bolt into something customers will pay five times as much for?

They created a bolt that contains an indicator that tells the person fastening the bolt that it's either tightened completely or needs tightening, just by looking at it. A SmartBolt indicates whether a bolted joint is loose or tight with a clear, visible indicator that gradually darkens from bright red to black as the fastener is tightened. By using this colour indicator, factories can reduce their maintenance time by some 80 per cent. Because of this innovation, SmartBolts turned a $2 product into a $10 product.

So how do other companies follow in the footsteps of SmartBolts to not only shock the world, their marketplace and their customers with something meaningfully unique but also make a nice profit at the same time?

It all starts by first understanding what an innovation is and what it isn't.

Innovations are meaningfully unique. I've said it multiple times already but it warrants an explanation. Innovations are meaningfully unique. For something to be called an innovation it needs to be meaningful in that it has value in the customer's eyes and they are willing to not only pay for it, but pay more for it, and unique, meaning it's new to the world, different from the competition, and makes the marketplace say "wow!" Often companies fail at innovation because they develop something unique but not meaningful or something meaningful but not unique. Either of those will more often than not result in a failed product or service. Offerings that lack a meaningful component will have a difficult time getting customers to buy in because they don't care enough to spend money on it. Offerings that lack the unique component will be seen as a me-too offering that isn't worth paying attention to.

It's important to be meaningfully unique because if you're not, you better be cheap.

Without stimulus, teams come up with ideas by using the knowledge they currently have in their brain. We in the innovation engineering community like to call that process, commonly known as brainstorming, brain draining. Instead, we use stimulus to drive new ideas.

Stimulus feeds the brain. It's about learning more by exploring different sources of information such as competitors, customer insights, patents, subject-matter experts, future trends and unrelated industries. As teams learn more they feed their brains with disruptive information that sets off a chain reaction of ideas that they can then turn into new ideas.

Diversity is about engaging an organization's people to generate ideas for an innovation. Former General Electric CEO Jack Welch was bang on when he said, "We know where most of the creativity, the innovation, the stuff that drives productivity lies – in the minds of those closest to the work." By bringing together a diverse team of six to 10 people from within the organization that have differing opinions, biases and expertise and providing them with stimulus, they will create a lot of different ideas to drive new products and services in an organization.

And finally, it's all about driving out fear by teaching the same team how to communicate ideas in an efficient manner by diving deep into who the customer is, what is the problem the customer faces, what is the promise we're going to make to solve their problem, and what is the proof that we can deliver on that promise to solve the problem to satisfy the customer. Because innovation brings about new ideas – and new ideas are scary – simply learning to communicate more effectively helps drive out a large portion of that fear. The rest of the fear needs to be driven out of the innovation process by forcing the team through a weekly cycle that forces them to learn more every week to continue driving their idea forward.

After a short period of time the team will learn enough about their idea to refine it and decide if it's something they want to drive forward into development – at which point they will take the idea through to an alpha, beta, first release and delivery phase as they take their initial idea through to commercialization.

This entire process is exactly how teams create, communicate and commercialize meaningfully unique ideas. If teams are able to focus on building meaningfully unique ideas and are able to explore stimulus, leverage diversity and drive out fear, they too can follow in the footsteps of companies such as SmartBolts and develop a true innovation that helps them avoid the harsh reality of mass commoditization.

Ryan Caligiuri is an associate and innovation engineering practitioner with inVision Edge, an innovation and growth company. InVision Edge is also the leader of the Canadian Innovation Engineering Network.

The five people who will harm your next project
May 26, 2015 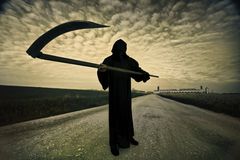 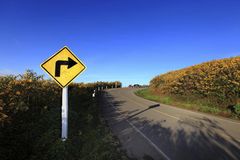 The greatest killer in business is coming for you
June 19, 2015