Not long ago, entrepreneur Nicole Verkindt was travelling the country in search of funds for her startup OMX, an online marketplace that connects government contractors with Canadian suppliers in industries such as aerospace and defence.

She was turned away a number of times by potential investors who said her business would never fly or that she didn't have enough revenue. The most frustrating part of the experience was that companies with less revenue and less traction were receiving funding south of the border.

Without the support of two angel investors who had been in a similar position in the past, she might have given up. "They were absolutely critical in our development," says Ms. Verkindt, who launched the OMX software in May, 2013, following 16 months of industry feedback. OMX helps companies fulfill Industry and Regional Benefits (IRB) program requirements and streamline reporting of Canadian content.

"I don't know where we would be today without those initial investors who believed in the business. I might have had to get a job," Ms. Verkindt says.

OMX is one of a small but steadily growing number of Canadian startups receiving funding from the generation of entrepreneurs that came before it. As more homegrown startups achieve success, their now-wealthy founders are choosing to put money back into the entrepreneurial ecosystem. Examples include HootSuite founder Ryan Holmes, and Mark Nashman, co-founder of Clarity Systems, which was sold to IBM in 2010. Both are angel investors and advisers who also mentor startups and entrepreneurs.

Investors are looking for ways to stay involved in the start-up world without having to begin from scratch again. While their main goal is to see a return, they also want to pass along lessons learned from launching their first company. Some are also looking to invest in more than one startup at a time.

"These are entrepreneurs that have done it once and now they want to leverage their skills to other entrepreneurs, and do it at the same time with half a dozen companies," says Wal van Lierop, founder and CEO of Vancouver-based venture capital firm Chrysalix. "It's the fundamental belief that they can help steer the new young company in the right direction, and can avoid some of the mistakes they've made."

It's also a lot of fun, Mr. van Lierop explains. "Many people are in it to make money, but they're also in it because it is so exciting. You know some of your ventures will fail, but it's exciting to be working day-to-day with people who are extremely passionate about shaping the future."

Still, there are concerns that not enough of today's successful entrepreneurs are willing to take the same risk made on their businesses years earlier. According to a recent survey of 157 fellows from QuantumShift, a leadership development program hosted by KPMG Enterprise and the Ivey Business School, only 3 per cent of participants said they plan to fund entrepreneurs after they sell their company. Only 5 per cent said they plan to coach entrepreneurs.

"It was surprising to us that it was such a small percentage," said Paul Woolford, who is responsible for the QuantumShift program on behalf of KPMG, where he is a tax partner.

He said the results might be small because private businesspeople tend to shun the spotlight and noted the statistics were based on a small sample. "I do think the entrepreneur community in Canada sees it as important to bring up the next generation," Mr. Woolford says. "They care about the business and the people within them."

Antoine Nivard, a senior analyst with Montreal-based venture capital firm iNovia Capital, says an increasing number of angel investors in the technology sector are former entrepreneurs, compared with 10 years ago.

"[Back then] most of the angel capital was coming from wealthy businesspeople from traditional industries, and even from professional services such as bankers and lawyers who wanted to take a chance at backing a tech company," he says.

Mr. Nivard adds that technology startups benefit from the backing they receive from ex-entrepreneurs because they better understand the space and what it's like to start a company.

"Canada needs a critical mass of successful tech entrepreneurs. We are starting to see this and we will see a lot more in Canada, but the tech ecosystem is still young compared with Silicon Valley, for example."

Mr. Nashman says he decided to back Ms. Verkindt's OMX venture after selling Clarity Systems because he liked the industry she was in and he was inspired by her knowledge of and passion for the business.

"It really fit my desire to both give back to the community and to do something fun, exciting, with a good change of success, where I could help out," says Mr. Nashman, who was the second angel investor in OMX. The first was Rob Segal of VirginGaming.

Today, Mr. Nashman has a portfolio of a half-dozen companies in which he has invested money and he spends time coaching the founders. "Generally I prefer both, to have a bit of skin in the game, so you're more interested in the outcome," he explains.

OMX's Ms. Verkindt has already started investing in the next generation of entrepreneurs herself, albeit in a small way. She and a few of her peers are pooling their money into Emblem, an angel fund for early stage companies. By combining their resources, Ms. Verkindt says she and the other investors can contribute to the next generation of startups without having to take too much time and money away from their own burgeoning businesses.

"It's really fun and we learn a lot at the same time," Ms. Verkindt says. "You also have to primarily do it because you really like it and because you believe you can be successful at it. None of these startups would happen without angels." 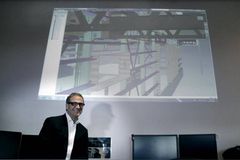 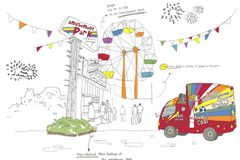 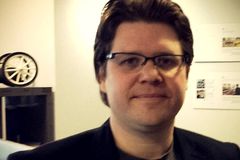