When he started a consulting business 19 years ago as a structural engineer in Concord, Ont., Mike Picco had little trouble managing the books.

He priced jobs, invoiced for his time and paid the bills, assisted by his wife, Sue, at home. As Picco Engineering grew, Mr. Picco hired a bookkeeper to work one day a week and hired an outside accounting firm to do his taxes. Then he elevated the office receptionist to become a full-time bookkeeper, all the while trying to stay on top of financial matters, like the company's overall profitability.

By last year, with projects around the world and 21 employees working in the consulting practice as well as two other businesses, he wasn't managing at all.

"I felt that I was starting to lose control from a financial perspective," says Mr. Picco, 50, the president of Picco Engineering as well as Coachwood Manor Homes Ltd. and IDEE17, a new company that imports engineered wood flooring from Italy.

It was time to hire a chief financial officer. It's a point that many entrepreneurs encounter as their companies grow. They need someone to handle the financial risk, says David Wilton, the director of small business banking for Bank of Nova Scotia and co-author of Get Growing: Keys to Unlocking the Potential in Your Small Business.

When entrepreneurs start businesses they wear many hats, he says. But over time they become stretched thin and tend to specialize in parts of their operations, such as sales or service. This leaves important financial functions – including accounting, reporting, internal controls and financial planning – to bookkeepers, outside accountants and perhaps comptrollers.

The best time to hire a CFO to assume the company's financial risk is "as soon as the business owner is not able to pay enough attention to it themselves," Mr. Wilton says. "It's ultimately going to make your business more profitable and free up the business owner to do the things you should be doing to generate more profit."

Figuring out what kind of financial officer he needed and how to find and hire one "was quite a daunting task," Mr. Picco says. He sought advice from a cousin who's a CFO as well as his accounting firm, and he decided on a chartered accountant, who could take on a wide range of responsibilities. He advertised and then found someone by word of mouth named Joe Caporrella, who, with his retail background, could help develop the new flooring business.

Mr. Caporrella met with Mr. Picco and his senior managers several times to see whether the fit was right. "There has to be trust" in the CFO, Mr. Picco says, as well as a similar work ethic, the ability to handle a variety of tasks and to generate and consider new ideas.

"I wasn't looking for someone to just do the books," he explains, but to assist with business development, decision making and systems to make the business run more efficiently and profitably.

Mr. Caporrella started in January, with roles ranging from financial reporting to pricing jobs and staffing, allowing Mr. Picco to deal with clients, go after more work and pursue initiatives such as a new patent that's in the works.

Beyond reporting and budgeting functions, a CFO can get involved in areas such as human resources or IT while developing a "strategic partnership" with the owner, says Gordon Beal, the director of guidance and support for the Canadian Institute of Chartered Accountants.

In his first job as a CA 20 years ago, for example, Mr. Beal worked for a burgeoning small business as its very first CFO. He quickly cleaned up notifications of compliance and accounts receivable that had long been ignored, and worked with the owner to squelch a plan to build a new building. He crunched the numbers to show the project wasn't viable, a decision that proved to be provident when a downturn hit.

"As an entrepreneur, he did a fabulous job of growing the company," Mr. Beal recalls of the owner. But he needed processes in place to maximize efficiencies and reduce costs, as well as someone to help him manage change. "Everything you do in an organization has financial implications."

A CFO can act as a catalyst and a conduit between the company's senior managers, he says, suggesting that it's wise to choose a credentialed accountant – either a CA, CGA or CMA, with training and experience to cope with an array of needs.

Most owners hesitate to hire a CFO because of the cost, which is "strictly overhead," Mr. Picco says, but they shouldn't overlook the value of better financial management.

"As soon as you can afford to do it, you should do it," he says, adding that Mr. Caporrella has "created a much more positive environment" in the company.

"We're looking at things closer, earlier," he explains. "I feel more confident that I can do what I do well."

The decision seems to be paying off for Picco Engineering, Mr. Picco says, with much stronger numbers in the first four months of 2012 over last year, which more than covers the additional salary and makes the decision to hire a CFO a no-brainer.

"I don't regret it for a second," he says. "If I had done it earlier, the company could have been further ahead of where it is today."

With a CFO in place, Mr. Picco also feels he can do some succession planning, in hopes of spending less time in the company and one day retiring. "It's definitely something to start thinking about." 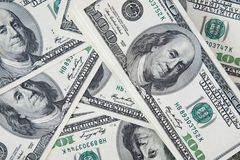 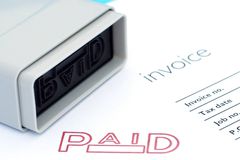 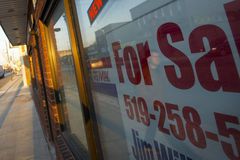 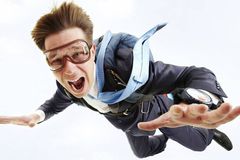 Buying a franchise? Seven things to consider
May 8, 2012 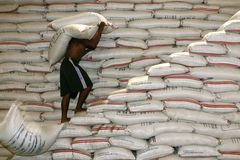