When Jo-Anne Reynolds's oldest daughter begged her to attend a pony camp one summer, the mother of two went straight to her circle of fellow Calgary mothers for advice.

"They just said, 'We use the same [camp] provider every year because it's easier and we don't really have time to figure out anything else,' " she says. In other words, no pony camp.

"That was the 'aha' moment," says Ms. Reynolds, who thought there must be a better way to identify and register for the wide selection of rock climbing and swing-dance camps her daughter desired.

Last December, Ms. Reynolds launched Spikebee.com, a website she created for parents to search for and manage their children's camps and activities in a one-stop shop.

"It streamlines the process of parents trying to figure out what to do with their kids in the summer and what activities to put them in," Ms. Reynolds says.

To date, nearly 2,000 camp programs are listed by age, location, interest and cost on the site, from providers including Nike Sports, Calgary School of Art and the City of Calgary, and Saskatoon's recreational programs. While it is free to list a camp on the site, Spikebee's revenue, which is still modest, comes from providers paying to use the site's registration system, she says. Special features such as linking back to camp pictures, videos and social media accounts also cost extra.

So far, Ms. Reynolds says she has spent nothing on advertising and has no plans for a marketing budget in at least the next year. Instead, she has built her business primarily through social media and word of mouth.

She targets especially mothers' groups: "Moms talk, moms share news – you know, 'What camp is your kids going to?'"

Ms. Reynolds even found her first camp provider – a fitness group called Hot Mama Health and Fitness – through a referral from a mother's group.

Rebecca Reuber, an entrepreneurship expert and professor at the University of Toronto's Rotman School of Management, says word of mouth is a particularly influential business strategy for companies offering expensive, experienced-based services such as summer camps. As opposed to everyday purchases, such as toothpaste, people are looking for advice when more money is involved, she says.

And this runs especially true for parents. "Your children are so precious to you that you want to be influenced by a reputable source," Ms. Reuber says.

Also, when it comes to children, advice from people with similar values and lifestyles carries more weight. Whereas a fashion label might benefit from a celebrity endorsement, it is different when it involves your children, she says. "What you care about is what people that are just like you do."

Indeed, word of mouth is a strategy that has worked well for Spikebee: Since the company's inception, the number of providers signing on and registrants coming through the site has been growing at a steady rate of 10 to 12 per cent week over week. (The private company does not disclose revenue.)

While many are Canadian listings, some of the growth comes from providers abroad: from the United States, Ireland and Britain. The listings are sporadic, with some cities having a much larger selection of camps than others.

Perhaps that's because the goal, according to Ms. Reynolds, wasn't to be the global leader in the summer-camp space.

Spikebee's original business plan was to tackle Calgary first, then Edmonton, and then the rest of Canada before heading to the U.S. market. "But the whole thing blew up on us so fast we went to more countries faster than we ever expected," she says. "We have now settled in to our role in the online community and are again back on track systematically rolling it out through Canada before turning our attention to the U.S."

Still, when the season is over, Ms. Reynolds says she has plans to enter the southern hemisphere's summer-camp market, and build up listings for South Africa, Australia and New Zealand.

Ms. Reynolds's drive to run her own website reaches back to her roots working in the legal department at technology giants Bell and Shaw – she was on the team that rolled out WiFi for Shaw across Canada.

"I've always been fascinated by technology – what's coming up next, what's in the pipeline," the South African native says. "I think I was the first kid in South Africa to beg my parents for dial-up connection."

As for Ms. Reynolds's strategy of expanding her business through word of mouth, this can have limits, experts say.

"[Word of mouth] is never enough on its own if you want to have a business of any size and scale," says Mark Satov, a customer strategy adviser and founder of Toronto-based Satov Consultants Inc. "You need to do more."

For Mr. Satov, "more" means actively advertising or getting the company's message out through social media, using word of mouth referrals only as a reference check on how the company is doing.

Twitter and Facebook have proved successful platforms for Spikebee to reach both customers and providers: Almost every community has a mom Facebook group, Ms. Reynolds says, and Twitter shoutouts are a free means of getting the attention of camp listers.

One of the camps that lists with Spikebee: Okanagan Hockey Camp.

But there is a flipside to free online exposure: While social media and word-of-mouth strategies support each other, it is crucial to monitor what is being said online about your company, says Allan Wilson, a management coach in the technology industry and president of Toronto-based Allan Wilson and Associates.

"You can't just let it happen," he says. "[Word of mouth] starts out being a thing in itself but very quickly it turns into a piece of a much bigger marketing campaign."

A technology company, for example, can grow to about $1-million or $2-million in sales on a word-of-mouth approach, but then it needs to adopt an active marketing strategy that monitors the company's client interactions, often through a paid customer relations management system, Mr. Wilson says.

"You have to start building that marketing and sales infrastructure," he says. "Quite often, I'll see a situation where people simply don't keep track and you lose leads, you lose contacts."

To be visible, Mr. Wilson says, a company also needs a set of supporting tactics on top of word of mouth, including blogs, tweets, speaking engagements and attendance at industry events.

This all means hiring more people. At the moment, Ms. Reynolds runs Spikebee alone with the support of a handful of subcontractors located in Russia, India and St. Louis.

But if Spikebee wants to expand its reach to other demographics – such as the couples' retreat, spiritual and fathers' camps that target adults – then Ms. Reynolds needs additional the funding.

Luckily for Spikebee, though, a strong word-of-mouth network matters to investors, who won't throw money at a company before knowing what its customers are already saying about it, Ms. Reuber says.

Tea shop swamped after TV station features owner’s harrowing story
May 7, 2015
Business owner’s dilemma: ‘People knew me by my first name’
April 30, 2015
Buy a shirt, and an African child gets school supplies
April 23, 2015
How do you attract investors when your venture has a long sales cycle?
May 12, 2015 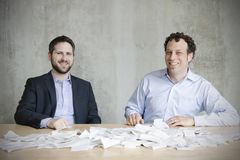 How small merchants can operate like big businesses
May 6, 2015 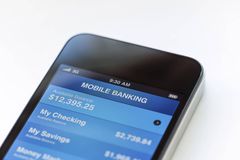