When CareGuide founder John Philip Green set out to raise the first outside capital for his network of websites, his goal was $500,000 (U.S.).

He ended up raising more than $1.5-million after seeking equity through the popular U.S.-based crowdfunding portal, AngelList.

Mr. Green had already landed about 10 investors through his own contacts, but AngelList helped to push that number to more than 50.

While he's not sure how many additional investors came directly through the crowdfunding platform, "we wouldn't have ended up where we were without it," he said.

CareGuide, which has websites that connect people with care providers for everything from the elderly to pet and house sitters, recently completed a second round of financing raising about $1.65-million from 21 investors, eight of them new.

"It democratizes things in a way," said Mr. Green. "People with smaller sums to invest have access to deals like this."

Mr. Green's company is one of a growing number of startups turning to equity crowdfunding to help finance their growth. Unlike regular crowdfunding, where companies raise money and offer rewards to the people handing over the proceeds, investors get a piece of the company and hopefully a return on their investment.

The distinction was underscored last year when Facebook bought virtual realty headset maker Oculus VR for $2-billion. The deal didn't go over so well with early supporters of Oculus, who helped the startup raise $2.4-million in seed capital on Kickstarter in 2012. If it had been an equity crowdfunding deal, investors may have been rewarded with something more valuable than a T-shirt or developer kit.

"I think we're at the threshold of a new way of investing and new ways to raise capital online for companies," said Mr Koscak, who is also vice chair of the Private Capital Markets Association of Canada.

"We have a capital raising crisis across Canada, and we need this to stimulate the economy, create jobs and, more importantly, prevent our best and brightest entrepreneurs from leaving and going south of the border."

He also said that it's important that the business is regulated by securities commissions in Canada. Today, six provinces, including Ontario and Quebec, are looking at adopting specific equity crowdfunding frameworks that include prospectus exemptions and registration requirements for a portal uniquely tailored to this type of online capital raising. The goal is to balance investor protection with fair and efficient capital markets.

"If a portal offers securities on the Internet under existing prospectus exemptions, it must be registered with an exempt market dealer in the jurisdictions where the offering is made," said Mr. Koscak.

Examples of such portals in Canada include InvestX and Optimize Capital Markets.

Toronto-based Optimize Capital Markets focuses on institutional crowd funding, which involves larger transactions with accredited investors such as high-net worth individuals and institutions. Transaction size can range from $500,000 to $5-million or more.

"This is a new corporate finance channel and it's evolving. We believe we are in the very early stages," CEO Matthew McGrath said of the equity crowdfunding model.

And there's a strong appetite for investors. Mr. McGrath said Optimize has twice as many investors signed up to the marketplace than it does companies seeking capital.

"It's much more common that companies turn down offers," he said.

Vancouver-based InvestX is an equity crowdfunding platform that lists institutionally backed issuers for accredited retail investors. Its platform aggregates lots of small cheques, ranging from about $2,500 to $150,000 or more. It then writes a single co-investment cheque, alongside professional private equity firms in private companies.

"We are democratizing private equity for all investors, and not just for institutions," said company founder Marcus New. "This is a massive disruption and innovation to the financing community."

While the model worked well for his company, Hubba founder and chief executive Ben Zifkin said equity crowdfunding isn't for all companies. He said there are both pros and cons.

"By having a larger pool of investors, you're able to tap a lot of people and their different experience, that's a pro. It's also a con because you have a wider range of people you have to manage," he said.

"Because we have that hybrid model, I get the best of both worlds where I can tap those people if I want, but I don't have to manage them."

Why should crowdfunding only be for startups?
July 24, 2014 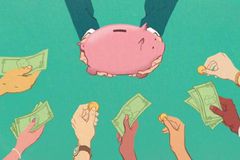 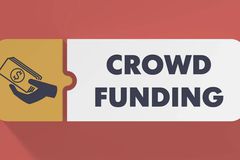 Meet first ‘ordinary investor’ to buy stake in a company online
May 9, 2014 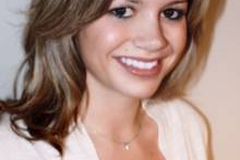 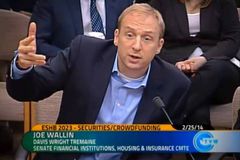 How this fashion startup beat its Kickstarter goal in four hours
February 21, 2014 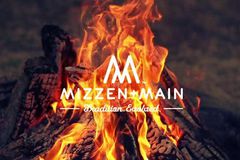 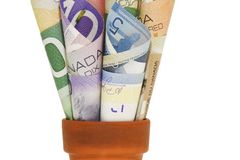