For many consumers, premium credit cards are attractive because they offer a chance to collect points faster and reap rewards such as free flights, electronics and jewellery.

Smaller business owners like Gerard Curran, though, say growing consumer demand for those "freebies" is squeezing their profits because it is merchants who really foot the bill.

"They know nothing about it," said Mr. Curran, who owns the James Joyce Irish Pub and Restaurant in Calgary. "In actual fact, all they are concerned about is collecting points."

The use of premium credit cards has risen dramatically since they first hit the market in 2008. But that high-end plastic – such as Visa Infinite or World Elite MasterCard – costs more for retailers to process than other standard, gold or platinum cards.

The annual cost Mr. Curran pays to process credit cards has doubled to nearly $70,000 since late 2008, he said, largely because 75 per cent of his sales are now made with premium cards.

Now, a push by the Competition Bureau to lessen the load on merchants is setting the stage for a high-stakes battle with Visa Inc. and MasterCard Inc., which control more than 90 per cent of Canada's credit card market.

The costs are "particularly harmful for small and medium-sized businesses, key engines for economic growth in Canada," Ms. Aitken said.

She recommended that retailers be allowed to slap a surcharge, or extra fee, on consumers who pay with premium cards, noting that merchant fees typically range from 1.5 per cent to 3 per cent of each credit card transaction and total about $5-billion a year.

Further, she wants the tribunal to scrap other rules that prevent retailers from encouraging consumers to use lower-cost payment methods, while forcing them to accept the companies' entire array of credit cards.

Ms Aitken will file her next submission by Feb. 14, but her proposal has already ignited controversy.

Many small business owners believe that surcharges are needed. Garth Whyte, chief executive of the Canadian Restaurant and Foodservices Association, put it bluntly: "We need tools to be able to stand up to the bully."

Visa and MasterCard are fighting the case, warning that consumers who use premium cards will be hit with extra fees if the Competition Tribunal sanctions the proposed reforms.

That leaves consumers' groups in an unusual alliance with the two global credit card giants. The Consumers' Association of Canada, for one, has accused the Bureau of abandoning Canadians by exposing them to "potentially predatory practices" by retailers. The association released a poll, conducted by Angus Reid Public Opinion, that found 90 per cent of Canadians oppose credit card surcharges.

Business owners are caught in the middle, reluctant to discourage customers but equally reluctant to pay the mounting costs.

The Canadian Federation of Independent Business contends merchants would be reluctant to impose surcharges, but giving them that power would effectively keep their processing fees in check.

That's because Visa and MasterCard set the base fees, known as interchange in industry parlance, that help determine how much stores must pay to accept plastic. Payment processors then add various other costs to interchange before determining the final merchant fee.

The Retail Council of Canada, on the other hand, opposes surcharges, preferring that the payments system be subject to binding regulation. "Our fight is about bringing costs down – not simply passing them along to someone else," chief executive Diane Brisebois.

Some retailers are finding ways around the mounting costs.

One tactic concerns a little-known tribunal consent order from 1996, which allowed retailers to impose surcharges on Interac debit transactions. While in the past very few have collected that fee, the practice has become increasingly popular in recent months as retailers try to recoup rising credit card costs, said one source.

And some are charging extra to accept credit cards despite the strict no-surcharge rule imposed by their card agreements, Mr. Fijal said. "There are some merchants out there already doing this. … Some of our suppliers are, two of them," he said, while declining to provide names.

For its part, the CFIB is launching a consumer education campaign this month, including a new website, to encourage Canadians to use debit or cash whenever possible.

"If you're visiting your local drycleaner who you've gotten to know over the years … you may say, 'Let me pull out my debit card rather than my credit card and give the guy a break,' " said Daniel Kelly, senior vice-president of legislative affairs.

Credit card surcharges are allowed in several countries, including New Zealand, the United Kingdom and Denmark.

But Australia, where retailers have been able to impose extra fees since sweeping payment reforms took effect in 2003, is considered the acid test, since it was one of the first to ban the card companies' no-surcharge rule.

It also slashed interchange rates for Visa and MasterCard credit card transactions by almost half, to 0.5 per cent.

Interchange rates are the behind-the-scenes fees that help determine what retailers will eventually pay to accept cards. When those rates fell, merchant service fees for Visa and MasterCard also declined, to an average of 0.86 per cent from 1.45 per cent.

The Reserve Bank of Australia estimates its payment reforms has reduced merchant costs by $6-billion (Australian) since 2003.

There is little evidence, however, that retailers have passed on those savings to consumers. The bank originally predicted cost savings would lower the consumer price index by 0.1 to 0.2 percentage points over the long term. Instead, the inflation rate has increased by an average of 2.5 per cent per year.

As of June, 2010, about 40 per cent of larger Australian merchants applied a surcharge to credit card transactions, as did 20 per cent of smaller retailers.

The average surcharge is about 1.7 per cent for Visa and MasterCard, but a report commissioned by the New South Wales government, published in November, found that extra fee can be as high as 10 per cent. 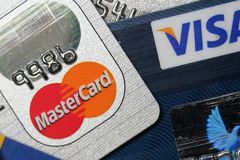 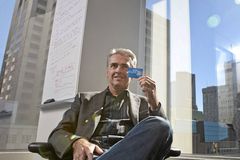 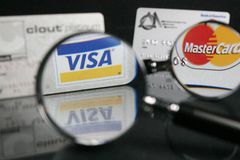