A new online hub is aiming to educate and encourage more women to make investments in start-ups.

The website Female Funders is set to launch Thursday, and its goal is to get 1,000 women to back their first venture this year.

These so-called angel investors fuel new businesses by offering their own capital as an investment. That makes them an important funding source for early-stage companies that don't have access to capital markets. Despite the name, angels aren't entirely altruistic – they usually receive an ownership stake in the venture or a debt commitment.

There's no guarantee these investments will succeed, of course. Angels sometimes back a person and a concept rather than a proven business with growing revenues. But the Female Funders website is loaded with interviews of women who have experience in investing – to help make the idea friendlier for those considering an investment. There's also plenty of other information and resources from industry experts to pore over.

Female Funders was created by Canadian entrepreneur Katherine Hague, who benefitted from having an angel investor commit $10,000 to help her get an online sales platform called ShopLocket off the ground in 2011. Ms. Hague went on to secure $1-million of venture capital funding and sold the business last year.

"The experience made me want to give back through angel investments to other entrepreneurs. But I think that since I've started angel investing – and I've done three to date – I've gotten more out of it than the entrepreneurs," she said, adding that these kinds of investments can lead to networking and learning opportunities in new fields.

The mission now is to "show women with the financial means to invest that angel investing is not some dark art or old boys' club," according to the website's first blog post.

This move follows other recent efforts encouraging women to invest in Canadian start-ups. In July a program called Radical Generosity was launched by SheEO, a Toronto-based group that supports women-led ventures. The goal of the program is to convince 1,000 women in Canada to donate $1,000 each. The group then plans to distribute the $1-million pot to various businesses owned and led by women.

Both SheEO's program and the new initiative by Female Funders aim to address the fact that women make up a small portion of venture capitalists and angel investors. According to U.S. statistics, women account for just 20 per cent of angel investors.

Unlike SheEO, which puts the focus on the women who will be helped by the donations, Female Funders concentrates more on the experience of the first-time angels as they prepare to invest. The website's resources – background reading material, an easy-to-read glossary of popular terms, access to online courses – are geared toward helping first-time angels. Angel investments are typically sums of $10,000 to $50,000, according to the website, but new investors sometimes make commitments of just $1,000.

But these investments aren't for everyone.

"I think the most important rule of angel investing is don't invest more than you can afford to lose," Ms. Hague said. Still, there are ways to reduce risk, such as making smaller investments in more companies over a longer period of time. "But you're never going to be able to de-risk it completely," she said. "Part of the fun of angel investing is challenging yourself to pick winners."

Ms. Hague hopes the initiative will bring to the spotlight women who wouldn't usually talk about their success and investments. "Women generally tend to shy away from that type of exposure – whether it's modesty or not wanting to talk about money. I think that if we have the right type of forum to have these conversations … that we can really create more of a profile for some of these women," she said. "I would really love to see that community evolve."

Where are all the female founders and investors?
April 29, 2013 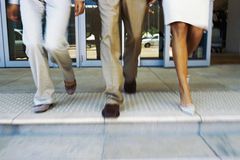 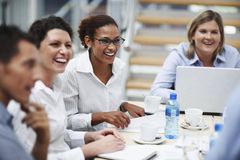