When Ralston De Zilva moved to Winnipeg from Sri Lanka eight years ago, he longed to start his own business. But he had no credit history in Canada, and little in the way of assets.

"There's a huge initial expenditure associated with moving your whole family to Canada," he says. "It takes you quite a number of years to again build your capital."

It wasn't until a year and a half ago, when Mr. De Zilva's sister, Amanda, arrived that he felt ready to launch launch Chizma Tea Company – a retail shop and online purveyor of premium Ceylon teas.

Amanda had contacts with several large tea companies in Sri Lanka, and Mr. De Zilva had a good grasp of the business culture here. Together, the pair began to seek out financing.

The problem: like many immigrants to this country, the De Zilvas had nothing to use as collateral for a loan. Even a bank Mr. De Zilva had worked for in the past was only willing to pony up $2,000. "That would not have taken me anywhere," he says.

Statistics Canada figures indicate newcomers tend to be drawn to entrepreneurial activity. By the end of the 2000s, about 19 per cent of immigrant workers were self-employed, compared with 15 per cent of those born in Canada. And a 2013 Government of Canada report shows 21. 7 per cent of small to mid-sized enterprises had a majority owner or CEO born outside of Canada.

Yet they face some unique barriers to getting their businesses off the ground. Apart from the fact that English may not be their first language and they may be unfamiliar with the business culture here, they often have a tough time getting financing, says Julia Deans, CEO of Futurpreneur Canada.

"They may not have a network of friends and family to help them get the ball rolling," says Ms. Deans. "That's often the first port of call when you're setting up a business."

On top of that, they usually don't have a Canadian credit history. And if they haven't yet found a permanent place to live, they can't even get a bank account, she adds. "That makes them pretty high-risk in the view of traditional lenders."

Nonetheless, there are funding options that lend themselves particularly well to new Canadians: Here are four of them:

1. Look for government loans. After several banks turned Mr. De Zilva down for a loan, he came across Futurpreneur Canada's Newcomer Program through an online search. Not only did the De Zilvas get help honing their business plan and access to a business mentor for two years, they snagged a $15,000 collateral-free loan.

That enabled them to create a professional website, do some marketing and stock the shelves of their first shop. In March, they opened Chizma Tea Collections at Winnipeg's downtown Cityplace mall.

Applicants for the Newcomer Program must be 18 to 39 and have been in Canada for less than 60 months (Amanda De Zilva qualified). They're eligible for $15,000 loans, or as much as $45,000 if they already have a credit history in Canada.

Loans can be repaid at any time, usually over a five-year term and the interest rate "is slightly lower than the bank rate," says Ms. Deans. "Because we are a not-for-profit, we can take a greater risk."

2. Build a network. Ms. Deans suggests reaching out to the chamber of commerce in your home city, as well as ethnic chambers of commerce (most have national offices), such as the Indo Canadian Chamber of Commerce or the Chinese Professionals Association.

The latter, in particular, "understands the transition you're making and they can help build your network right away," she says. "They may even be sources of financing."

You can also search out angel investors or venture capital firms who may be able to provide financing through websites such as the Canadian Investment Network (which offers an online matching service for entrepreneurs and investors) and through Funding Portal (which keeps information on private funding sources as well).

3. Get a crowd on your side. When Jamil Kahn of Toronto designed a new kind of parka with gloves, hat and scarf built right in, he didn't even consider going to the banks for funding. "They want to see three years of cash flow," he says.

Instead Mr. Kahn, a computer programmer who came to Canada from Pakistan in 2009, launched a Kickstarter crowd funding campaign. Apart from the Kickstarter fees of 8 to 10 per cent (payable only at the end of successful funding campaigns), it cost less than $1,500 to develop a catchy video of a few friends in the prototype.

"Crowdfunding is an enabler to many underserviced populations, including newcomers to Canada," says Craig Asano, founder and executive director of the National Crowd Funding Association of Canada (NCFAC).

"It allows you to showcase your product or service to the market and get on the first step of the funding escalator. And it offers a choice for resourceful entrepreneurs who are often turned down by the banks."

4. Explore factoring and invoice lending. Cash flow is a perennial problem for small businesses, particularly for those growing quickly. The beauty of "factoring" or invoice lending for newcomer entrepreneurs is that funding is based largely on your sales, not your credit history or collateral.

"Normally, when a business invoices clients, they have to wait 30, 60 or 90 days to get paid," explains Steven Uster, co-founder and CEO of online lending platform FundThrough. "We take away the wait so they can get the cash they need to grow their business."

Factoring comes in two flavours: some companies purchase your receivables for a set sum (say 95 cents on the dollar) and they then become responsible for collection. Others, such as FundThrough, issue a line of credit based on a percentage of receivables. (At FundThrough, the interest rate on that line of credit ranges from about 10 to 18 per cent annualized.)

"The more you sell, the more access to capital you have," says Mr. Uster. "And the pricing is based on the strength of who you sell to, so if you're selling to high-quality customers, you can use their credit worthiness to get access to capital."

For newcomer entrepreneurs, who lack a long business and credit history (and who would likely have a difficult time wresting money out of the banks even if they did), factoring can be another avenue for short-term funding. 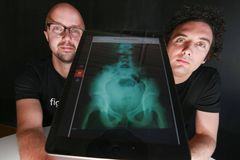 Companies get around talent shortage with 'work from anywhere' policies
March 28, 2016 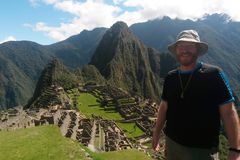