Mickey MacDonald grew up on the streets of Halifax, and fell in with a rough crowd. Today, he is one of the highest-profile entrepreneurs in Atlantic Canada. What happened in between is a story of boxing, family support, and seizing the wireless moment when it arrived 22 years ago.

When you're a young kid, you get tangled up with a crowd. I was 16 and a Grade 9 dropout, and a bunch of guys were going to Sudbury to work in the mines. We all jumped in the car, and headed west to make our fame and fortune. The car broke down a couple of times and I got out in Toronto. I slept on the streets and tried to find a place to live and a job.

I had no money. It took a while. Then I travelled around the country and worked in a bunch of different jobs until I was 22 or 23 and I came home.

My mother raised seven children, and she believed in us. I always knew I was going to be something else besides an alcoholic and a druggie. I slept in alleys; I slept in abandoned cars. I did all kinds of things I probably don't want to admit to today. ... Growing up in the streets, we were fighting on the corner, fighting in bars and getting into drinking. But when I got into boxing, it gave me this discipline and strength. One night when the other guys were going out drinking, I said, "No, I'm training for a fight, guys." They said, "Oh yeah, Mickey's training," and I realized it gave me an out. I credit boxing with giving me the focus for business.

When I got back to Halifax, I helped my brothers, Colin and Rick, and brother-in-law John Risley start up Clearwater [now a large fishery company in Halifax] Then I got a job in the fire department, and I started a body shop and did a few other jobs like plowing snow. One day, I was driving my truck around town, and my pager was going off. Just then, there was this story on the radio about a new technology called cellular telephones.

As I drove around looking for a phone to call my paging service, I kept thinking, "Wow, just think of all the things I could do with a cellphone."

I asked if there was any way I could get a deal, but the only people who got any deals were cellphone dealers. So I started selling phones out of my little car lot on the Bedford Highway.

One day the guy who owned Downeast [a wireless vendor in financial trouble]called up and asked if I wanted to buy his business. I went out and saw a technician sitting on a bench. The seller explained that Motorola didn't want to do repairs any more on its phones. A light bulb went off: "Geez, that's a niche." I bought the company, and I was able to keep the service business.

I grew it from one to 55 locations when I sold it in 2004. We were doing $100 million a year in sales, and we had partnered up with Bell Aliant [the telecom carrier for Atlantic Canada]in the distribution business. Then a guy from Aliant came to me and said, "We can do this one of two ways. We can set up stores around you and take your market share from you; or we can buy you." I could get into a pissing fight with them, but you couldn't win with a company that size. So I sold it to them for a lot more than I paid. It was in the high millions.

I bought the Chicken Burger diner in Halifax, a fun business going back 70 years. I bought Mills, a fashion store that's been going since 1919, and we've brought in a bunch of retailers to create a "boutiquey" high-end business. And Palooka's Boxing Club is a non-profit gym that focuses on helping kids at risk.

There is no big secret in business – it's about being there day after day with the same energy and focus. While other guys are getting tired and falling off, I'm still there banging. I'm 58 years old, and every day to me is a challenge.

I still work out in the mornings, I still hit the bags, I still do the boxing exercises.

It ain't over yet.

This column originally appeared in the November issue of Your Business magazine. 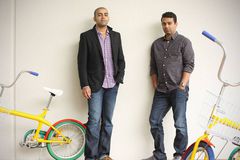 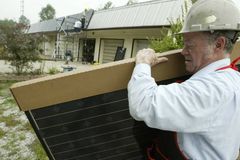