Just a few weeks ago, around 6pm, a small party erupted in a recently-converted warehouse office in Hackney, UK. Software engineers high-fived digital designers, Facebook marketers toasted customer support people and I sat quietly smiling to myself while shaking my head at the improbability of it all. The reason for the celebration? We just raised $9-million (U.S.) from top venture capitalists in London, New York City and Los Angeles.

This milestone is all the more remarkable because only two years ago no one in the room had ever sold a single book. This business was born as a pet project between three dads and an uncle who wanted to make something better.

First, some background. For those who don't know Lost My Name, we publish print-on-demand personalized books. It's a magical story about a little boy or a little girl who wakes up and has forgotten his or her name. They go on an adventure and meet a host of amazing characters, with each one giving the protagonist a letter of his or her name. By the end of the story they've found their name   – and it's the name of the child reading the story. Since launch, we've sold over 600,000 books in 136 countries bringing over $18-million in revenue. (Canada, by the way, is our third biggest market after the UK and U.S.)

Recently, we announced to the world our exciting first round of funding (Series A), led by Google Ventures, with participation from Greycroft Partners, the Chernin Group, Allen & Company and Cris Conde. We assembled a dream team of backers that brought solid expertise and insight across technology, media and entertainment. We've learned a lot in six months, 589 e-mails, 32 meetings, one term sheet (outlining terms and conditions with investors) and many sleepless nights.

(Note: it's the first time we're raising on such scale, which in no way makes us experts. Proceed with caution).

Why we raised money

This round was predominantly strategic for us. We were incredibly fortunate to have proven profitability and scalability, and the best time to raise capital is when you don't really need it. We raised because we realized that while we can continue to happily bootstrap (use our own finances), to be able to deliver on these hugely ambitious goals we set ourselves to achieve we will need some extra capital and seriously strong partners to help us along the way.

If you're in a good place – you are profitable and scalable – raising capital should be fairly easy. There's tons of capital in the market and therefore healthy competition on "quality" deals. Everyone who's been there rightly says that capital raising is a full-time job, that everything else takes backseat. That's mostly true. There is a lot of frustratingly dead time between meetings, e-mails and due diligence – but it's less about time, it's more about your headspace. Most of the time in the past six months, even after a term sheet was signed, I felt that even when I was at the office I was only at 50 per cent capacity. And there are consequences of being in reduced capacity for a good few months – fundraising creates almost inevitable leadership and management debt. So beware of time wasters. A decent venture capitalist will get to you with clear next steps within days or a week since you'd last been in touch. If they don't, they probably just want to keep you semi-engaged (e.g. hopeful) while they procrastinate or wait for others to blink – neither of which are great signals for respect and transparency.

Optimizing for value, not valuation

Like many things, the idea of optimizing for value – not just for valuation – started merely as an intuitive mantra, and it took me a while (and some good few conversations) to be able to articulate the challenges and risks in our business, where the gaps are and what kind of investors can best help us on this journey. Do your diligence – talk mostly to founders from the investors' portfolio, preferably both successful companies as well as failed ones. As part of our own due diligence, we asked all potential investors a range of questions from how they would add value to support given and addressing weaknesses.

Getting the right deal

Finally, you want to be happy with the deal/valuation you get. Valuations are much more of an (abstract) art than a science. The common practice of getting a term sheet and then shopping around was completely out of the question for us. We proudly ran an open, honest and transparent process. It paid off at the end. We got the best people we wanted at a valuation we are very happy with.

Asi Sharabi is co-founder of Lost My Name.

How we used Kickstarter to build a sustainable company
July 15, 2015 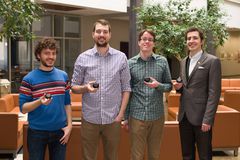 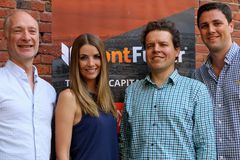