When entrepreneur Andrew Sider decided to sell his mobile discussion platform Bunch to online marketplace VarageSale in 2014, he had little idea how complicated the tax side of the deal would be.

"You can do some DIY [do-it-yourself], but you'll find very quickly, if you attempt to read the tax act, that some paragraphs are beyond average comprehension."

Mr. Sider hired an accountant to work alongside his lawyer to structure the deal (the details of which he says is confidential) in a way that was both tax efficient and in compliance with Canada Revenue Agency requirements.

Mr. Sider says the cost of hiring professionals to handle the sale was hard to swallow, "especially if you've been a poor, hungry entrepreneur. … But if you believe in the value of the deal, it's the best investment you'll make in your future."

Selling your business is a complicated process that includes not only finding a buyer that will pay the right price, but also structuring the deal in a way that minimizes tax.

The first choice for most businesses owners is to sell the company outright, which allows them to take advantage of the lifetime capital gains exemption, says Debbi-Jo Matias, a Vancouver-based chartered professional accountant.

The capital gains exemption increases each year and in 2016 is $824,176. That means if the business is sold for $1-million, the shareholder only pays tax on $175,824. Not all companies qualify, says Ms. Matias, and must meet certain qualifications, including being an active business.

Some companies can't be sold, such as a one-person consulting business with no saleable assets. When the owner of this type of company decides to stop working, they can keep their money in the corporation, keep it alive, and withdraw it as needed, as a salary or in dividends. People who sell their business only, but not the company, can also keep their money in a corporation and withdraw it as needed.

Keeping money invested in a corporation is a way for small-business owners to defer tax, with the goal of having the money grow until they need to take it out for personal use, says Ms. Matias.

"Financial planners that I've met with lately like business owners to retain as much money in a corporation as possible, instead of pulling out money into personal investments. That's because investment opportunities of a corporation are pretty much unlimited," she says.

For example, you can purchase real estate in a corporation, but not in a registered retirement savings plan (RRSP), a personal investment vehicle that is also used to defer taxes. What's more, Canadians need to convert their RRSPs into a registered retirement income fund (RRIF) at age 71, and then withdraw a set amount each year. There are no rules about when an investor has to take money out of a corporation.

Ms. Matias also recommends keeping the corporation alive until it runs out of money, and withdrawing smaller sums as needed.

Another option for some retiring business owners is to hand over the company to family members through an estate freeze, which is a reorganization of the company's share structure. The freeze allows the original owners to limit the capital gain that is taxable in their estate.

There are different ways to structure the business, Ms. Matias says. The key is to ensure the value at which the assets are frozen will be enough for retirement.

"You don't want to freeze your business too early, before you know you've got enough to take care of yourself," Ms. Matias says.

Sabina Mexis, a tax-planning lawyer at Devry Smith Frank LLP in Toronto, says people thinking of selling a business are often better prepared than if they're transferring it to family members.

"If they're selling, they're aware there is a value and that there's some tax to be paid," Ms. Mexis says.

She said deals could also be structured in various ways that allow them to earn proceeds over a number of years, to minimize their tax liability and take advantage of the capital gains exemption.

"There is still going to be taxes to be paid," she says. "It can just be paid out over time."

Norman Abbott sold his brake manufacturing company, OE Quality Friction of Mississauga, Ont., in 2008 to an outside buyer, after deciding, when he was 70 and his wife was 67, that they didn't want to take it to the next stage.

This strategy has the benefit of deferring tax until the funds are needed, and possibly even saving Mr. Abbott tax, assuming that he is in a lower income-tax bracket when he takes the money out of his holding company. Mr. Abbott's advice to other small-business owners is to structure the deal in a way that makes sense for their situation, and to know when it's time to sell.

"If you get a deal that makes sense, don't be greedy," Mr. Abbott says. 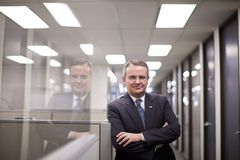 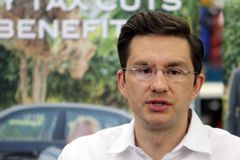 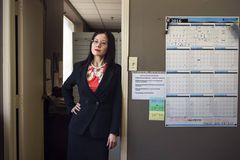 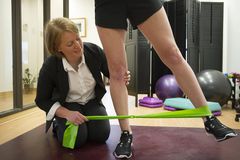