For his first two years in business as a corporate responsibility consultant, Paul Klein was content to operate as a sole proprietorship.

Then, in his third year, he picked up business from larger clients, his revenues surged by 250 per cent – and Mr. Klein was left wondering why no one had ever advised him to incorporate.

"I suddenly owed a huge amount of tax, and it was all at the personal tax rate, rather than the corporate tax rate, which is much lower," recalls the founder of Toronto-based Impakt Corp.

Mr. Klein says that, as a one-person operation, he had never thought about which business ownership structure might be the most appropriate for him.

That's not uncommon. In her experience, fewer than half of entrepreneurs who are starting out do, says Dorothy Brophy, senior legal counsel with Toronto-based Brophy Professional Corp., which provides legal advice to expanding businesses.

Yet choosing the right structure can have serious consequences for their business, she says.

"Most entrepreneurs are very creative and they get right in there and pursue a dream, and they do it without thinking about a structure," Ms. Brophy says. "It doesn't stop them from carrying on business, but it could have important tax and liability implications."

The main difference is whether the business or the business owner bears personal responsibility for the firm's taxes, business decisions and possible lawsuits.

Sole proprietors or partners are considered to be part of their business, and are personally liable for everything the business does. Entrepreneurs who incorporate their business are treated as a separate entity and are protected from personal liability.

That means incorporating can be an especially important move for firms working in a high-risk area, Ms. Brophy says.

"If I'm importing something from China and there's a possibility it could be contaminated by lead, I would want to incorporate," she says.

"It's also important once they start making concrete decisions such as signing leases and hiring people," she adds, because the owner avoids personal responsibility in the case of a default.

The decision to switch from a sole proprietorship or partnership to a corporation often also depends on revenues and tax considerations.

Sole proprietors or partners pay the higher personal income tax rate, but can also gain a tax advantage by writing off losses against personal income.

Mitchell Stein, an expert on corporate governance and organization at the Richard Ivey School of Business at the University of Western Ontario in London, says that, for that reason, new business owners, especially those who need to have a second income, may prefer to set up as a sole proprietorship or partnership.

But owners should consider incorporating and taking advantage of lower tax rates once revenues start to exceed their annual living expenses, he says.

Many large companies work only with corporations, which have access to omissions and general liability insurance that partnerships and sole proprietorships cannot get, Mr. Klein notes.

Since getting hit with his giant tax bill, Mr. Klein has incorporated his consultancy, moved from his basement to a downtown Toronto office, and hired four employees.

Aside from the tax advantages he now enjoys, he says setting up as a corporation has been great for business.

"I think companies are more rigorous than ever before about selecting clients, and I think they may feel a greater sense of confidence in a corporation," he says. "They know that they're working with someone legitimate who isn't working out of the basement and may or may not deliver."

The business is not a separate legal entity from the owner. Its income is reported as personal income and taxed at the same rate. Business expenses can be written off against income, which can substantially reduce the amount of tax paid. A sole proprietorship is advantageous for new businesses, especially when the owner relies on another source of income while he or she gets his or her new venture established.

Partnerships are usually established when two or more people pool their financial, managerial or technical resources to operate a business. People working on the same business together are not required to register a partnership but it does lend more credibility and protects your business name.

Like a sole proprietorship, income is taxed as part of the owners' personal income. The partners also bear personal responsibility for the other partners' actions and debts and for the liabilities of the business. Partners should sign a partnership agreement that carefully defines the business and spells out what authority and responsibilities each partner has, says Dorothy Brophy, senior legal counsel with Toronto-based Brophy Professional Corp.

Limited partnerships distinct from partnerships because they protect partners from personal liability for the debts or actions of others involved in the business. They are generally used by professionals, such as lawyers and accountants.

A corporation is a separate legal entity independent from the owners of the business. Any number of people can form a corporation, which can buy, own and sell property and get involved in legal action. It must file its own tax return, which is separate from the owners' personal tax return. A corporation's owners are protected from its liabilities.

Owners draw a salary and pay taxes at the personal income tax rate. Money left in the corporations is taxed at the lower corporate tax rate.

Business owners can use their corporation to defer taxes and plan for retirement by limiting the amount of salary they draw, says Mitchell Stein, an expert on corporate governance and organization at the Richard Ivey School of Business at the University of Western Ontario in London. Corporations general involve extra costs for legal and account fees, so owners should ensure they will save enough on taxes to cover those costs before they incorporate.

Incorporated businesses usually carry the designation Inc., Corp., or Ltd., all of which indicate that the business is a separate entity from its owners and that the owners' liability is limited.

There are actually no distinctions between them, Ms. Brophy says; which designation to choose is up to the corporation's owners. 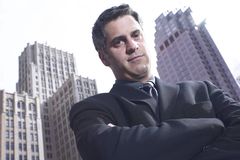 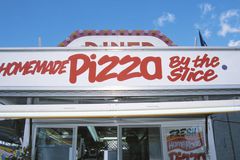