For Jack Stewart, a professor of biochemistry at Mount Allison University, it started out as a curiosity.

A discussion with a visiting researcher from an Australian university concerning shrew venom led Prof. Stewart to set up a student research project in the biochemistry lab at Mount Allison University in Sackville, N.B.

The research results showed the potent paralytic properties of shrew venom, which could have applications for pain treatment.

Further research led him to discover the shrew venom's effect on treatment of ovarian cancer cells.

Around the same time, other researchers discovered a new class of ion channels – gateways to what goes into a cell – that appeared in tissues of patients with cells that had become cancerous.

Prof. Stewart discovered that he could use these ion channels to target the cancer cells with his discovery.

He soon realized that both research tracks (pain and cancer) provided tremendous opportunities, but his 25 years of research experience dictated a focus on one or the other.

He also realized that both trajectories were quite different and needed significant financial support – something that he did not have.

Rather than make the call himself, he decided to let science make the decision. As the next level of research progressed, the cancer stream just took off and became the primary focus of future development.

With the focus identified, Prof. Stewart recognized the need for financial injections and management expertise to take his discovery to commercialization.

He pitched his idea at an investor forum in Moncton, organized by Royal Bank of Canada. This led to a meeting with one of the attendees, Paul Gunn, who had a background in management and information technology, and was looking to make a strategic investment in a high-tech company.

They hit it off and set up a company called Bioprospecting NB Inc. in 2005, which later became Soricimed Biopharma Inc.

Operating in the Atlantic region, with limited access to venture capital, they knew their business model had to be innovative and based on a low fixed-cost structure. This was a critical challenge as research and development companies are notorious for being cash-hungry.

The team came up with a business model that heavily relied on contract research organizations (CRO), which provide outsourced research facilities.

With the growth in R&D activity, there were many CROs available to the team, allowing them to avoid the huge expenditure of investing in high-tech lab equipment and trained manpower.

The CROs also provided value-added feedback through fresh eyes and outside independent perspective on their research. The company could turn on and off the CRO tap as needed, thus avoiding huge fixed costs.

The company also used the same principal in its management team, with top executives spread out in eastern Canada. As Mr. Gunn puts it: "Soricimed is physically small but virtually huge."

The model has proven successful. The company now has five patents issued in its name, and another five in the pipeline.

It expects clinical trials for its cancer drug to start in the third quarter of 2011, both in Canada and in the United States.

Building on its cancer research, Soricimed has also developed a diagnostic kit capable of discovering stage one and two ovarian cancer, which hadn't been detectable until it reached stage three.

The company's R&D continues to develop a range of personalized medicine and companion therapy at its lab, based in Sackville, and through its virtual CRO team.

Nauman Farooqi is an associate professor and chair of the Research Ethics Board in the Ron Joyce Centre for Business Studies of Mount Allison University.

A virtual solution to a staffing problem
March 11, 2011 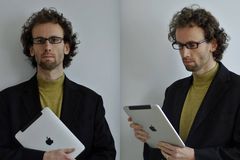 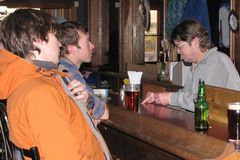 Portrait of the artist as a handyman
December 24, 2010 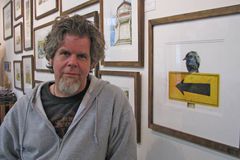 From computer dealer to indispensable IT guy
November 26, 2010 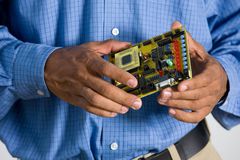