The program gave him training, mentoring and $25,000 in seed funding; in return, he gave up a 6-per-cent equity stake in his company.

The program wrapped up with a "demo day" pitch, where Epilogger was deemed "venture-ready" and received a $150,000 convertible note from the Business Development Bank of Canada. Mr. Nussbacher has since been fielding further offers from investors for his company, which makes an application that consumers, marketers and event organizers can use to share and archive social content before, during and after events.

"When Epilogger began, I was working on it full-time and my partner part-time. We wanted to jump in head first and kill it in three months. We went to Montreal to focus on what we are doing," Mr. Nussbacher says. "The real value was in how much we learned. We know 100 per cent more about how to run a successful business, how to build a product and market it."

And they're attracting scores of entrepreneurs trying to quickly get off the ground. Toronto-based accelerator Extreme Startups, which launched in January, for instance, received 300 applications for its initial five spots, according to managing director and chief connector Sunil Sharma.

Over the last couple of years, accelerators have been sprouting like weeds, numbering more than 200 worldwide, to which applications have doubled over the last couple of years, according to a Wall Street Journal article. About a dozen have sprung up in Canada, alone, including GrowLab in Vancouver, JOLT in Toronto and FounderFuel in Montreal, estimates Mark Evans, who runs ME Consulting in Toronto, writes a column for The Globe and Mail and is a close watcher of the startup scene.

U.S. accelerators such as Y Combinator and TechStars have gained a lot of attention and are one reason Canadians are embracing the concept, Mr. Evans says.

"We are in the midst of an entrepreneurial renaissance, where it's suddenly sexy to be an entrepreneur, and everybody wants to jump on the bandwagon," he says. "People who have money to invest want to play in some part of the ecosystem, and any accelerator is an easy way to get it. You can raise a few million and call yourself an accelerator."

The level of disruption and rapid transformation of the tech sector are another reason more accelerators are entering the market, says Susan McGill, executive director of JOLT, a newly launched spin-off from the MaRS Discovery District.

"Anyone in the market can become an innovator, and this has accelerated research and development. More entrepreneurs are entering the ecosystem and it's had to adapt to the pace of change fuelled by the rapid adoption of open-source technology. "

As accelerators have become "a growth industry in itself," as Mr. Evans describes it, they are raising questions about whether they can all be sustained, how many can really offer sufficient investors, mentors and other support to make them worthwhile, and what their ultimate value will be both to themselves and to entrepreneurs.

Like any business, accelerators could get oversaturated and "the reality is there are only so many good startups to go around. If there are too many accelerators, the talent pool gets spread too thin," says Mr. Evans. "From an entrepreneur's perspective, the more there are, the better, as long as they offer value."

Chris Carder, managing partner of the Kinetic Café innovation agency in Toronto, and a coach for and investor in digital entrepreneurs, says Canadian accelerators have arisen only over the last year or so, and it will take about five years to see if they can make an impact over a sustained period of time, and repeatedly help build businesses that sell.

"Everybody has a startup idea and wants to have the next Instagram or Facebook, and there's a bit of a frenzy with accelerators," he says, "but it's only sustainable as long as investment capital is flowing freely. The question is not only what is a sustainable number of accelerators, but how sustainable is the model?

"It will be interesting to see what models work and carry through time beyond the current market of big-business tech acquirers with large amounts of cash," he adds.

Among the challenges Mr. Evans sees is accelerators themselves securing sufficient capital. Then there's the question of how much success they will breed among the companies that come to them.

"The problem is, if none if the startup companies go anywhere or manage to be sold, it's like high-risk gambling on a lot of early-stage startups. Most of them are pre-revenue," Mr. Evans notes.

He also raises questions about what happens to startups after they 'graduate' from an accelerator.

"They go hot and heavy for three months and then, once it's over, it's over, and the startups have to go back to their own devices and some are not ready," he says. "There's little after-support, and that's a downside."

Jesse Moeinifar, the co- founder and chief executive officer of Toronto-based software firm Viafoura Inc. went through Ryerson University's Digital Media Zone (DMZ), an incubator/accelerator which he says "was a huge assistance." After "graduating" from DMZ, he became a paying tenant there, surrounded by other companies that can offer feedback and support.

Among the recent entrants, JOLT, for instance, will select 15 startups annually that, for four months, will be provided with space, $30,000 in seed financing, mentoring and access to angel and venture capital investors. Participants will provide an average 5-per-cent stake in their companies, says Ms. McGill, adding that participants will be able to draw on MaRS resources as well.

Extreme Startups launched in January with $7-million in funding from five venture capital firms. It offers $50,000 in seed funding, office space and a high degree of mentoring. Graduates will receive $150,000 in convertible notes from BDC and can qualify for another $30,000 from the Ontario Centres of Excellence, Mr. Sharma says.

Mr. Carder's Kinetic Café and the Toronto Business Development Centre are launching an accelerator this fall thatwill be a private/non-profit hybrid model. TBDC has been an incubator for 22 years.

"We're trying to add another component to our incubation program to better serve clients," says TBDC executive director Michael Donahue. "We see the value of developing an accelerator component to meet the needs of potential clients, and the investment capital will come up front along with mentoring support."

Mr. Donahue says the hybrid model will give businesses a longer period to become profitable than typical accelerators, as the goal is to support businesses that will be sustainable long term and create wealth in the city.

"We're still developing our model," Mr. Donahue says. "It's such a new phenomenon and we're trying to understand it. Our goal is to make sure that the companies are generating real revenue as well as being attractive to investors."

Accelerators don't seem to be close to the saturation point yet, Ms. McGill says.

"Investors are obviously investing because they are looking for a return and looking to build great Canadian companies," Ms. McGill says. "We need to see more startups enter the ecosystem. Accelerators are an important part of the scene." 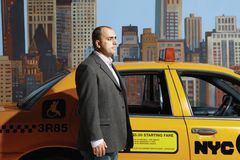 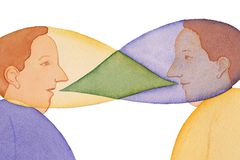 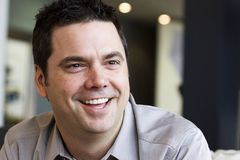 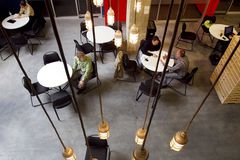