Like many entrepreneurs who run seasonal businesses, John Gidden needs working capital during the quiet months. So when the Victoria-based businessman became frustrated with traditional banks "becoming more and more difficult to deal with," he decided to take advantage of a merchant cash advance.

The co-owner of Victoria Ice Cream and Fudge Factory and Oh Gelato uses the advances to help fund his businesses. "They offer a very flexible solution to our financing needs," Mr. Gidden explains. "We pay down the advance during our busy season. We can then go back and draw on them again in the winter season if more capital is required from time to time."

A merchant cash advance is a purchase of future debit- and credit-card sales. Business owners receive cash for future revenue, and in return, funders recoup their advances by automatically withholding a percentage of daily electronic transactions until the initial amounts are repaid, plus margins.

"The funder takes the sales risk," says David Gens, founder and CEO of Vancouver-based Merchant Advance Capital Ltd. "If the business ends up processing a lower volume of transactions, the funder must wait longer to receive their funds."

Borrowers give Mr. Gens access to their debit- and credit-card processing information, and he takes 2 per cent to 10 per cent of daily sales.

Mr. Gens says the total fees charged for a merchant cash advance range between 20 per cent and 40 per cent of the funds advanced, depending on the size and risk of the deal. For example, a retail customer recently received an $80,000 advance in return for $100,000 of future debit and credit sales. Ten per cent of sales are being forwarded to Merchant Advance Capital until the funder recoups the $100,000.

He admits the percentage is higher than the 5-per-cent to 25-per-cent business financing interest rates typically charged by Canada's major banks. "You can't compare apples to oranges," explains Mr. Gens, adding his clients are usually unable to get help from banks.

He says merchant cash advance rates are higher because the deals involve higher risk. "If a business goes out of business, we end up taking a loss," Mr. Gens adds. But, he says, his company will make reasonable efforts to work with a closed business to recoup its debt.

Only seven financing companies are currently offering merchant advances in Canada. The self-regulating industry has been in operation across the country for about six years, though merchant cash advances have been available in the United States for 15 years.

Not everyone is enamoured with the concept. Keir Clark, senior wealth advisor with ScotiaMcLeod, warns against merchant cash advances. "There is a high cost," he says, adding that businesses have to pay back much more than they borrow.

He advises entrepreneurs to have a realistic funding plan that includes affordable financing options.

But the CEO and founder of Philadelphia-based loan adviser MultiFunding LLC expects the current small-business financing gap to fuel an increase in merchant cash advance demand in the year ahead. "They're convenient and quick."

He says entrepreneurs considering this type of financing must do their homework, shop around, and secure the best repayment terms possible.

Canadian business debt ballooned to more than $1.3 trillion in 2012, according to Statistics Canada. Data from the federal agency reveals the country experienced an increase in alternative business financing between 2008 and 2012. Short-term business lending by Canadian financial institutions fell during the same time period. No statistics are available on merchant cash advance activity in Canada.

Located near Victoria's famous Empress Hotel, Mr. Gidden's businesses cater to the many visitors who frequent the city each year during the tourism season. "We do exceptionally well with the passengers and crews from the 300 cruise ships that stop here on their way to Alaska during the months of April to October."

He says he used the merchant cash advance to make capital improvements, to purchase equipment and to take advantage of a large vendor discount on inventory that's only offered in the off-season. "We made major inventory purchases at excellent prices," Mr. Gidden explains. "The discounts were significant enough to make it more than worthwhile to hold this stock until our season."

Mr. Gidden applied for his first merchant advance two years ago from Merchant Advance Capital, "and we have since developed a great ongoing relationship," Mr. Gidden says, adding he will remain a loyal client. 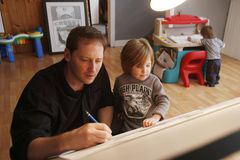 Downtown Eastside eatery is a bold entrepreneurial move
May 11, 2018 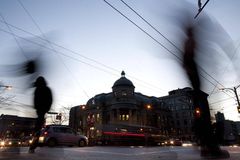 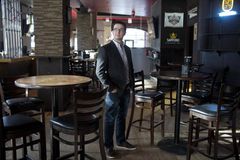 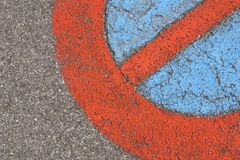 Montreal startup drags corporate boards into the digital age
May 11, 2018 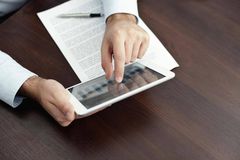