Farmers, fishers and other small-business owners looking to sell the operation to their kids are awaiting a private member's bill vote this week aimed at changing how the sale transaction is taxed.

Bill C-274, tabled last spring by Quebec MP Guy Caron, calls for a change in the Income Tax Act to give parents more favourable tax treatment when they sell their incorporated small businesses to a child's corporation.

Mr. Caron says current tax rules discourage small-business owners from selling to their offspring, and encourages deals with people outside of the family.

With a capital gain, the seller is entitled to a lifetime capital-gains exemption, which is $835,716 in 2017. If the business was sold for $1-million, the seller would pay tax on $164,284. The exemption doesn't apply to dividend income. With a dividend, the full $1-million would be subject to regular tax rates.

"This is the type of choice people are confronted with: 'Am I going sell to my kids, even though I will be paying more taxes? Or do I sell to a stranger, taking the company out of the family, but at least I will have a decent retirement.' It's a choice you shouldn't have to make," says Mr. Caron, who is also the NDP finance critic.

The bill covers small businesses with a value of less than $15-million. MPs are scheduled to vote on the proposal on Feb. 8. Private members' bills typically have a slim chance of becoming law and Mr. Caron is fighting an uphill battle. He says he has the support of opposition parties, and needs about 30 votes from the Liberals to get it passed.

The Liberal government is opposed to the bill, saying the existing rules "were designed to guard against corporations potentially abusing the tax code to avoid paying their fair share of taxes," according to an e-mail from a spokesperson.

"As it is currently worded, the proposal brought forward by [Mr. Caron] could be misused by corporations looking for tax planning opportunities."

Mr. Caron says tax experts tell him a change in the act would cost the government about $75-million to $90-million a year, while the Ministry of Finance suggests it would be around $800-million a year in tax avoidance.

Mr. Caron says he doesn't believe that figure. "I'm fully ready to fight them. If it costs $800-million, I'll remove the bill myself," he says. "My intent is not for it to be overly costly. My intent is to level the playing field, which I believe is unfair right now."

Aaron Schechter, a Toronto-based tax partner at accountants Crowe Soberman, says the proposal could trigger sales of companies between related parties without an accurate valuation, which can have even greater adverse tax implications.

"If those changes go through, the potential abuse would probably be larger than the benefits they're trying to achieve," Mr. Schechter says. "It opens the opportunity for individuals to strip money out of their corporation without paying any tax. It may create an environment where business owners can create a hypothetical sale of their business for the sole purpose of getting out money tax-free. This will be a particularly abusive situation, especially if the business isn't saleable to begin with."

Ron Bonnett, president of the Canadian Federation of Agriculture (CFA), supports the bill and says it has checks and balances to prevent misuse. For example, the child buying the business has to be actively involved in it beforehand, and stay involved for at least five years after the sale.

Mr. Bonnett said small-business owners often rely on the sale of their business for retirement and the current tax rules cut into those proceeds if they sell within the family.

"Your retirement pension is the equity you built in the company," Mr. Bonnett says. "All of a sudden, if that equity gets taken away in tax liability, you need a lot more money out of that sale to survive," he says.

Mr. Bonnett says the bill recognizes that many small businesses will be passing the torch in the coming years, in what he calls "the most significant period of farm transfers in the history of Canadian agriculture."

The CFA cites 2013 Statistics Canada data estimating about $50-billion in farm assets are expected to change hands over the next decade, and says more than 8,000 family farms have disappeared in the past decade. About two-thirds of small-business owners are planning to retire over the next decade, according to a TD Bank poll.

About 98 per cent of Canadian farms continue to be family-owned and operated, Mr. Bonnett says, and changes to the tax act proposed by Mr. Caron's bill could help keep it at that level.

Why wealthy families lose their fortunes in three generations
May 17, 2018 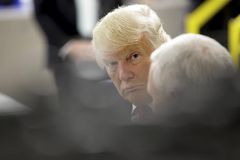