Soaring land values are leading to steep hikes in farmers' property assessments across Ontario, and some are pressing their local municipalities for tax relief.

In Ontario, farmland assessments increased by an average of 65 per cent in 2016 from 2012 according to the Ontario Federation of Agriculture (OFA). The value of farmland has been soaring in parts of Canada, driven by low interest rates, higher prices for food and commodities grown on the land, as well as increased interest from investors – including large Canadian pension funds – looking for alternative assets to buy.

Farmers pay a relatively low tax rate – farmland in the province is taxed at a ratio of between zero to 25 per cent of the residential rate – but some of the increases set to kick in are steep. The OFA gives the example of a 100-acre farm with a house on it in Middlesex County: the owner paid $1,045 in tax in 2016 but will see the bill rise to $1,570 in 2020.

While some say owners of farmland should be grateful to see their property values rising – and higher property taxes are the necessary consequence – farmers say they're being asked to pay a higher portion of tax than in the past, when compared with residential and commercial property owners. Farmers also argue their land requires fewer municipal services than residential lots. Family farms are often passed down to the next generation, not sold, so the value of the land isn't realized the same way as other property classes often are, farmers' groups say.

The OFA has been lobbying municipalities to lower the portion of residential taxes farmers pay to less than 25 per cent. It's not always an easy sell given that the lower portion would mean potentially shifting the tax burden on to other tax classes, including residential and commercial.

Some municipalities have agreed to lower the farm-tax ratio, including Lennox and Addington, which reduced the ratio to 23 per cent, and the Region of Durham, which cut it to 20 per cent. The City of Hamilton lowered the farm-tax ratio to 17.7 per cent in 2017, "in response to significant increases in the assessment of the farm property class," a city official said in an e-mail to The Globe and Mail. Hamilton's farm assessment makes up a small component of the overall assessment base, which the city says "has a nominal impact on the other tax classes."

Farmers in Ontario's Prince Edward County are hoping to be the latest region in the province to get some tax relief. In the county, about 200 kilometres east of Toronto, farm-property assessments soared by an average of 110 per cent in 2016 versus the last assessment in 2012, which is well above the 13-per-cent increase for residential properties in the region.

"The farmers of the county are very concerned about [a] shift of the municipal tax load, which has increased the farms' costs of operations as a result of the increased assessed values," John Thompson, president of the Prince Edward Federation of Agriculture and a farmer with more than 200 acres of farmland, wrote in a letter to the local council last month. "Make no mistake about it, this is a major tax shift onto farmers."

Mr. Thompson says the higher taxes mean less money that farmers can invest in the business or use to support the family. "The money has to come from somewhere," he says.

Dennis Fox, a retired resident who lives in Prince Edward County, has been vocal about his opposition to the proposal, having written letters to council and appeared at meetings to argue against it. Mr. Fox says farmers should be appealing their assessments to Ontario's Municipal Property Assessment Corp. (MPAC), not asking to shift the burden to other residents. "I'm not opposed to farmers," says Mr. Fox, "but don't come to me asking me to pay more money out of my pocket so you don't have to."

The Prince Edward County council is scheduled to vote on March 13 on a proposal to lower the farm-tax ratio to 20 per cent of residential rates starting this year and in 2019 and 2020, when the current assessment cycle ends. Farmland owners propose their ratio go back to 25 per cent in 2021, when it's assumed the residential assessments will be up substantially.

Ben Le Fort, a senior policy analyst at the OFA, says farmers aren't requesting a tax break, since they'll still be paying more tax. "What we are asking for is for a slowdown in the increase," says Mr. Le Fort. "They will simply be paying the same proportion of taxes" as in previous years.

Scott Ross, director of business risk management and farm policy at the Canadian Federation of Agriculture, says the majority of farms are family-owned businesses that operate on tight margins, through unpredictable weather and growing seasons.

"The wealth of farmers is often pointed to, but it's a very capital-intensive industry," Mr. Scott says, noting that farm debt is also at record highs. Farm debt has more than doubled since 2000 and sat at $96-billion in 2016, up 7 per cent from the year before, according to Statistics Canada. 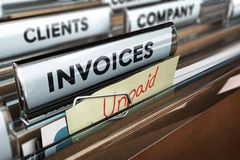 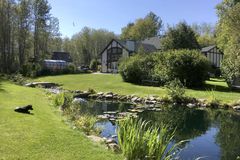 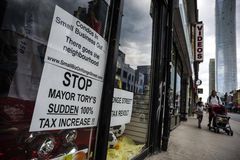