Joelle Faulkner may have grown up on a dairy farm, but she never thought that she would end up in the agriculture business.

She studied at Oxford, Stanford and the University of Western Ontario. She is a lawyer and an engineer who has spent most of her career in finance.

"Agriculture is the last place I thought I'd end up," she says. "It didn't seem like a place where I could use my skills."

Ms. Faulkner is the president and chief executive officer of Area One Farms, a Toronto-based private equity firm that has developed a new model for investing in Canadian farms, one that she says is helping family farmers pass their farms on to the next generation.

Area One uses a partnership model: It finds farmers who want to expand and provides additional capital so that they can buy the land they want.

A farmer might put up 20 per cent of a new acquisition, while Area One, which raises money from individual investors, puts up the rest.

The company takes an equity stake in that newly acquired land. The idea is that the farmer will buy out Area One in 10 years, generating a return for investors and leaving the farmer with a larger, more profitable farm than he or she started with.

Farmers are able to buy more than they could on their own, while investors benefit from an experienced owner-manager.

Because Area One isn't giving farmers a loan, there is no interest to be paid. There is also no mortgage, the newly acquired land is owned through the partnership, while farmers maintain complete ownership of the land they owned before.

It's a model that appears to be attracting interest.

In 2012, Area One had invested in 600 acres of farmland, and now that's around 60,000 acres, the company says. It now has around $70-million in assets under management and the company says it has exceeded its target of 15 per cent returns three years in a row.

"Canadian farmers want to grow and need to grow," Ms. Faulkner says, adding that partnering with Area One "allows them to own more even in the context of a rising land price."

In 2014, farmland values rose by an average of 14.3 per cent nationwide, according to Farm Credit Canada, a Crown corporation that provides loans to farmers. The year before, it was 22.1 per cent.

Driving that, at least in part, is higher returns on cash crops. Over the past decade, both farm yields and crop prices have generally increased. While grain prices have come down since 2013, a growing number of Canadian farmers have switched to corn, pulses and soybeans, which are often more profitable.

Technology is also reducing input costs as farmers use GPS maps and sensors to apply fertilizer with more precision and efficiency.

"Farming has become sexy again," says Lance Stockbrugger, who has been a chartered accountant for 15 years and has been farming in Central Saskatchewan, where he has 4,000 acres, for 22 years. He says that when farmland goes up for sale, it's not even advertised, it gets purchased so quickly.

With high land costs, farmers have typically had two options if they wanted to get more land: take out a loan or rent.

"Most large farmers both own land and rent some land," says Brady Deaton Jr., a professor at the University of Guelph's Department of Food, Agricultural and Resource Economics and the McCain Family Chair in Food Security. "Renting land, from their standpoint, allows them to get up to scale, but doesn't really require that all of their wealth, or their investment, is tied up in land."

Prof. Deaton says a model where farmers split the cost of buying more land with investors might have a similar advantage. But he says that whether that will work for an individual farmer comes down to the details of the contract.

For those farmers who want to expand with credit, there aren't a lot of constraints, he says. "Interest rates are pretty reasonably low," Prof. Deaton says.

But some farmers say that even with lower interest rates, large debts aren't appealing.

Kurt Cole has a 5,000-acre grain operation and 600 to 700 head of cattle in east-central Alberta. Two of his five daughters want to get into agriculture with their husbands, and another two are considering it.

"As we go from one family, to supporting three, four or five families, we need to get larger," he says.

To do that, he has partnered with Area One to increase his grain operation.

He says the only other way to fund that growth was to borrow money. "I'm not really sure I want to go into huge debt, I'm not sure that my son-in-laws and nephews could do it on their own," he says.

The Globe and Mail Small Business Summit brings the country's brightest entrepreneurs to Toronto for an inspiring day of keynote talks, workshops and networking. Full lineup at http://globesummits.ca/. 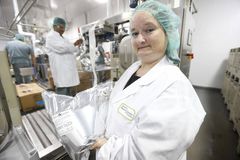 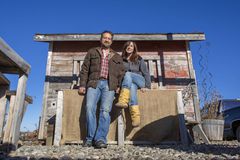 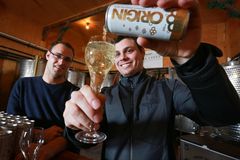