As Richard Beaumont drove down the highway toward Herman Miller's head office in Zeeland, Mich., in 2010, he felt equal parts excitement and fear.

If the meeting with the office furniture giant went well, it would likely change the trajectory of his own small business, Toronto-based Green Standards Ltd., a socially conscious company that helps divert old office furniture from the landfill.

"I was absolutely terrified on the way over because the stakes were so high. What that partnership would do for us was obviously monumental," he says.

Mafo Njolomba and Pina Trimarchi, centre, of youth employment organization Youthlinx in Toronto, examine the desk delivered by, from left, Richard Beaumont, Jake Ristevski and Nick Buccheri of Green Standards Ltd. Green Standards diverts office furniture and equipment from ending up in landfill. (JENNIFER ROBERTS FOR THE GLOBE AND MAIL)

It turns out he needn't have worried. After touring Herman Miller's corporate headquarters, Mr. Beaumont, his company's investor and two other team members presented the Green Standards concept to six or seven executive and sales management teams. Put simply, if they formed a partnership, Herman Miller customers – many of which are large Fortune 500 corporations – would pay to have their surplus office waste either donated, sold or recycled and, in return, could generate some great PR, measurable statistics and all.

They went for it.

Landing an important networking connection or large influential client, can be a key business and financial move for small, entrepreneurial businesses trying to scale up quickly. Anyone can benefit from networking with the right people – and the more open and diverse your network is, the more likely you'll enjoy career success, according to one University of Chicago Booth School of Business study. Network-wise, the two companies were a good match. Although they were connected by the same industry, they complimented each other, but didn't compete.

And luckily for Mr. Beaumont, the small Herman Miller Canadian office was but a "hop, skip and jump away," so he was able to easily connect before heading stateside.

Jake Ristevski, centre left, of Green Standards helps while furniture is delivered to Youthlinx by movers, from left, Lyndon Biggart, Alex Rodriguez and Jim Burnett. Though Green Standards started out as a grassroots social enterprise matching discarded office furniture with local charities, within months it became apparent that business model was not sustainable. (JENNIFER ROBERTS FOR THE GLOBE AND MAIL)

Rebecca Reuber, a professor of strategic management at Rotman School of Management at the University of Toronto, says not only can smaller startups learn a great deal from veteran partners, but the larger, respected entities offer something else, too: street cred.

"Because they're highly reputable and they're doing business with you, people assume [the corporation] will be savvy and only do business with other reputable companies," she says. "There's a bit of reputation transfer."

There was an upside for Herman Miller as well, says Barry Sharp, business consultant and chief executive officer of AMA Management Ltd., in Burnaby, B.C.

"From the big guy's point of view, it's a selling tool. It's an additional arrow in their quiver," he says. "If someone's in there making a sale, they can say, 'And oh, by the way, we don't just toss your old furniture in the landfill.' It's a nice to have."

That successful meeting marked a turning point for Green Standards, which started out as a small grassroots social enterprise matching discarded office furniture with local charities. Within months it became apparent that business model just wasn't sustainable and Green Standards nearly collapsed. When Mr. Beaumont found himself to be the only full-time employee, it was time to rethink the whole operation.

After speaking to clients and taking time to listen to their needs, he ascertained that many didn't care if their tonnes of office waste went to charity when they renovated or moved offices. They just wanted to keep it out of landfill. So he set out to create three ways to deal with the surplus material: He would facilitate selling the high-end furniture, donate other pieces, and recycle the rest so the valuable metal and other resources could be used again.

Today Green Standards says it diverts 98 per cent of its clients' surplus office furniture and equipment from landfill, a step up from the roughly 20 per cent that traditionally lands in the secondhand market.

"These companies are already spending hundreds of thousands of dollars on very large projects just throwing stuff out," he says. "There's a lot of money being spent and they're getting basically no value back."

The biggest pivot, however, was in how Mr. Beaumont thought about his company's role in the process. He needed to think bigger – and shake off the granola vibe – if he wanted to connect with the Fortune 500 crowd, those with the largest scale reno and moving projects.

"It can't just be you want to save the whales, right?" he says. "It's great if you really care about doing something for the environment and the community, but you really have to have your thumb on the pulse of your customers and making sure you're solving a legitimate problem they have."

A key turning point came for Green Standards after Mr. Beaumont determined that many companies didn't care if their office waste went to charity when they renovated or moved offices. They just wanted to keep it out of landfill. (JENNIFER ROBERTS FOR THE GLOBE AND MAIL)

Mr. Sharp agrees that grassroots organizations have to get over the idea that "profit" is a dirty word.

"There are a lot of people who believe passionately in sustainability, but you have to put bread on the table. That's the mental switch," he says.

To that end, Mr. Beaumont realized that while large corporations employ specialists who deal with large-scale business moves, many would be willing to outsource that job, particularly if they could keep old equipment out of the dump – and share that news with employees and the public.

Mr. Beaumont went back to school at University of Toronto and took a project management fundamentals class to get up to speed. Now the company facilitates the disposal process, rather than, say, sending out its own trucks. The company also developed software to track the disposal and generate reports so its clients can post their good deeds on their websites, in press releases and in internal newsletters.

Today a 20-employee operation, with clients ranging from Suncor Energy Inc. to Telus Corp. and BC Hydro, Green Standards is on solid footing with its diversified client base. And that's something Mr. Sharp is happy to see. The last thing a small company should do is align itself to a large customer or partner and stop there, he says. There's too much risk.

"When the elephant sneezes, you catch a cold and when he rolls over in bed, you get crushed," he explains. "Anybody who owns you can discard you as well."

Can social media play matchmaker between artists and buyers?
March 27, 2018 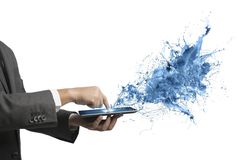 Golf expert aims to help women who are scared of the game
May 15, 2018 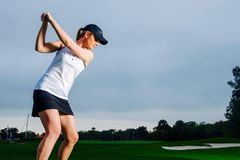 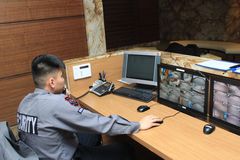 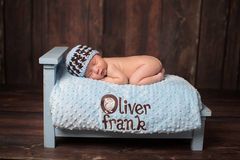 Buy a shirt, and an African child gets school supplies
June 5, 2017
Business owner’s dilemma: ‘People knew me by my first name’
June 5, 2017
Tea shop swamped after TV station features owner’s harrowing story
June 5, 2017
Does word of mouth work to build a business?
May 15, 2018 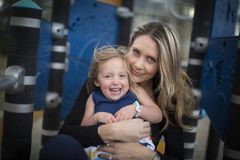 When one call is not enough to find underground hazards
April 21, 2018 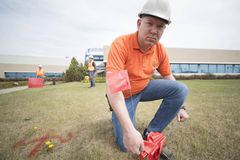 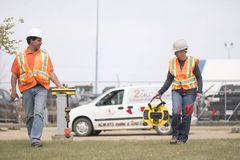 Ringing in the ears? This business offers help
March 28, 2018 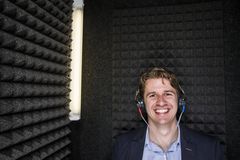