The push is on south of the border to relax the rules around crowdfunding – a new way of raising smaller individual amounts of money from a larger pool of investors through the Internet and social media.

A second vote by the U.S. House of Representatives on legislation supporting the concept that has helped many charitable organizations and some startup businesses find cash has already taken place, and the Senate is the next stop. In Canada, a national industry group has taken up the cause to promote the concept.

Just over a week ago, the House passed the Jumpstart Our Business Startups (JOBS) Act, a merger of six bills. It included one of four that Congress had previously passed, the Entrepreneur Access to Capital Act, which would allow businesses to solicit investments through crowdfunding. The Senate must pass some version of the bill before it can become law.

CATA has called on provincial legislators and securities regulators to examine the crowdfunding model and is encouraging its members to contact politicians to press the issue.

No other Canadian groups appear to have taken up the issue, and, so far, Canadian securities regulators and legislators haven't acted either.

Through crowdfunding sites like Vancouver-based SoKap and New York-based Kickstarter, people contribute a few, or a few hundred, dollars to a business, project or a good cause.

The problem is, until laws change, it's a legal grey area. Asking for donations to a charitable project is fine. Seeking money for a business may be, but not if it runs afoul of securities legislation. That's why many businesses that use crowdfunding offer a product or other incentive to contributors, rather than an ownership stake.

In Canada, as in the United States, selling stock publicly involves extensive documentation and regulatory requirements. This is out of reach for many startups, so founders either fund the businesses themselves or turn to limited numbers of investors under exemptions to securities laws.

One exemption under Canadian law permits up to 50 investors who have existing relationships with principals in the business. They can be family, close friends or business associates, or officers or employers of the company, explains Andrea Johnson, a partner at law firm Fraser Milner Casgrain LLP in Ottawa. The U.S. has a similar provision but the limit is 35 investors.

Another exemption in both countries allows "accredited investors" – which includes most venture capitalists and angel investors – to finance companies with which they don't have personal connections.

Most small businesses rely on those sources, unless they can pay their own way from personal funds or bootstrap their operations.

The problem is that venture capital has been significantly harder to find in Canada in the past decade. "There has been a long downhill slide…or the past 11 years," says Richard Remillard, executive director of Canada's Venture Capital & Private Equity Association ( CVCA).

That's one reason crowdfunding's time has come. Another is the rise of the Internet and social media, providing an efficient vehicle for reaching small investors, says Peter Andrews, a CATAAlliance director and Ottawa-based regional director for Canada at Bothell, Wash.-based Corum Group Inc., which handles mergers and acquisitions for technology firms.

Technology is also at the root of another trend making crowdfunding attractive: Businesses based on technologies like social media have modest startup costs. They don't need multiple millions to get going. Raising modest amounts via crowdfunding is a realistic option for such businesses.

The Senate will probably merge the three versions and a crowdfunding bill could be in force south of the border in six to 12 months, Ms. Johnson says. It's not clear whether the JOBS act will spur the Senate to move faster or whether lumping crowdfunding in with other provisions in one package will slow things down, she adds.

Whatever the final form of the law, it will limit the amount companies can raise through crowdfunding and the amount any investor can put into a company. The law will also include other precautions, such as background checks and asking investors questions to measure their investment knowledge.

No crowdfunding legislation has been introduced in Canada. Securities regulation is a provincial responsibility, but provincial securities commissions co-ordinate their efforts through the Canadian Securities Administrators (CSA).

The CSA is taking a wait-and-see attitude, according to CSA chairman Bill Rice, chair and chief executive officer of the Alberta Securities Commission.

Mr. Rice says the CSA will watch what happens in the United States. Crowdfunding would be "a pretty big leap, I think, for us to take, but we would be interested in seeing where it goes," he says.

The CSA is already reviewing possible changes to existing securities exemptions, having solicited comments from investors, stock issuers and others with an interest in the issue up to a Feb. 29 deadline.

This review is not focused on crowdfunding specifically, and Ms. Johnson and Mr. Andrews say expectations in the securities industry seem to be that the CSA could tighten exemptions, rather than loosen them, but Mr. Rice says "it's possible it could go in any direction."

Mr. Rice stresses, though, that the CSA's priority is to protect investors, and he is concerned about how a new crowdfunding exemption would do that. A limit on the amount invested might help, he says, but "to say a certain amount of money is a small amount is always relative to the investor's ability to absorb a loss."

As for the risk of Canadian entrepreneurs turning to the United States in search of easier crowdfunded investments, Mr. Rice wonders if the sums involved would be enough to prompt such moves.

Anyway, he says, "I don't think we as securities regulators can put investor protection into second place." 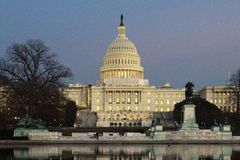 For borrowers, there are many lending hands
December 8, 2010 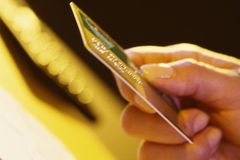 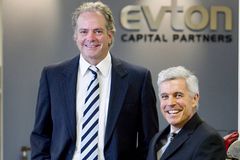