Canadian retail organizations are urging Ottawa to create a stronger code of conduct for the credit card industry that would ensure merchants aren't stuck with transaction costs when they accept Visa and MasterCard.

The Canadian Federation of Independent Business said Tuesday that it is calling for new rules that give merchants more flexibility in what they accept at their cash registers.

The group, which has more than 100,000 member businesses across Canada, wants changes to the federally regulated code that would allow retailers the right to refuse high-cost cards at their stores.

The CFIB also wants the ability for merchants to add limited surcharges that would counteract the transaction fees charged by some credit card companies when customers swipe their higher-end credit cards, which rack up points that can be used for travel or other bonuses.

"Merchants have had a 30-per-cent increase in their costs in the last two years because of premium [credit] cards," Dan Kelly, the president and chief executive officer of the CFIB, said in an interview.

"Those additional costs are finding their way into their service. Consumers are paying these fees already, and they're going up."

The association is among those arguing against industry rules that force businesses who accept Visa or MasterCard to treat all types of their cards equally, regardless of the cost of processing the payments.

The issue has been of concern to the Competition Bureau, which argued in May that restrictive contracts put in place by Visa and MasterCard allow the two credit card companies – which represent 92 per cent of the market – to essentially dictate terms to merchants.

The tribunal has the power to force credit card companies to change their method of operations, but it cannot levy a monetary penalty in the case. A decision is expected later this year.

Last week, a landmark settlement in the United States between Visa, MasterCard and merchants thrust the debate back into the spotlight in Canada.

The two credit card companies, as well as several major banks, reached an agreement to pay U.S. retailers at least $6-billion (U.S.) to settle a long-running lawsuit that alleged the card issuers conspired to fix the fees that stores pay to accept credit cards. The dispute stretched back to 2005.

MasterCard defended its current fee structure as part of its "commitment to consumer protection."

"MasterCard Inc.'s agreement to settle U.S. merchant litigation is strictly a U.S. matter and has no bearing on the Canadian market," spokeswoman Deborah Rowe said in an e-mailed statement.

"We cannot speculate on the outcomes of the Competition Tribunal case."

Under last week's settlement, the U.S. merchants will be allowed to charge their customers more if they pay with credit cards.

"It's further recognition of the imbalance in the payments industry particularly around credit cards," said David Wilkes, senior vice-president of the Retail Council of Canada.

"There is going to have to be protections built into the code of conduct to ensure the retailer has the ability to manage and control their costs," he added.

The ruling has caused some concern that if the regulations are similarly changed in Canada, shoppers could be stuck with extra fees if they choose to pay with their credit cards.

"I worry about those individuals that are carrying balances, that may need to use their credit cards," she said.

"They're living from one paycheque to the next. It's just going to hit them even more. They need the break, they don't need the transaction fees."

Those are the types of stories that Mr. Kelly of the CFIB said he believes will cause both Visa and MasterCard to reconsider the fees they charge retailers, especially because customers will be fully aware of the new fees they're being forced to pay.

"We believe [it] would change behaviour among the credit card companies and the banks," he said.

"The fear they would have of merchants starting to either turn down cards or to surcharge for transactions, those are the two holy grails in the credit card industry."

The CFIB also argues Canada's code of conduct needs provisions for new mobile types of payment, such as by mobile phone. 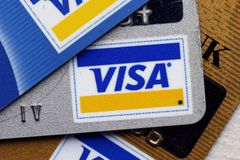 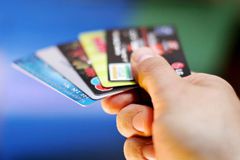 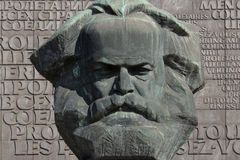 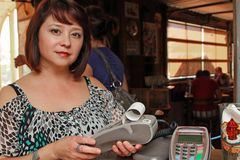 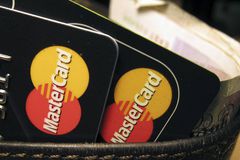