When a decent road finally reached Goose Bay in Labrador 13 years ago, it brought with it the potential to boost local business.

Companies that had relied on sea shipping could suddenly order smaller deliveries year-round. There were no more huge deliveries in the fall before the shipping channel froze, no more warehouses filled with stock that might not sell.

Today, however, those warehouses are slowly filling up again, as rising fuel prices drive up the costs of trucking.

"It's a big impact. I have to pass [the cost]along and it's hard to do," says Winston Hobbs, owner of flooring and home décor store The Carpet Man in Goose Bay. "This is something you've got to deal with every day."

The costs of ground transportation in Canada have risen 9.5 per cent since February, 2011, according to the latest Canadian General Freight Index (CGFI), released in late March by transport management company Nulogx.

While the base cost of freight has risen just slightly in that time, the big jump has been in "accessorial charges." These run the gamut from special delivery requests and handling fees to seemingly inescapable fuel surcharges.

Fuel surcharges are affected by the cost of gas. The surcharges are calculated as a percentage of the base cost of shipping, and are added to invoices to compensate trucking companies for gas used for deliveries. When the price of gas rises, the surcharge percentage usually goes up, too.

With gas prices climbing across the country, and businesses fearfully bracing for them to hit $1.50 a litre, freight costs are a growing concern for many small businesses.

"Small firms in general are price takers," not price-setters, Mr. Mallett says. "They don't have the market heft to be able to dictate prices. ... They have to find other ways to carry the load."

Mr. Hobbs says fuel surcharges have soared in the past year, reaching as high as 40 per cent of the base delivery fee for home furniture That's having a triple effect: Product prices are rising, some items are no longer being stocked, and anything that comes by road is now ordered in bulk, Mr. Hobbs says.

"It's less expensive to bring 20 sofas than two," he says. And thus, the warehouses of Goose Bay start to fill up again.

On the West coast, HapiFoods Group Inc., maker of health cereal Holy Crap, is finding it increasingly difficult to stomach the fees cropping up on invoices both into and out of its Sechelt, B.C.-based manufacturing plant.

"Every time someone even looks at your freight now, you incur a charge," says HapiFoods general manager Rob MacNeil.

For HapiFoods, "cross-docking" is as big an issue as gas price hikes. To minimize fuel costs, trucking companies maximize every load by transferring deliveries from one truck to another – but each time that happens, the trucking companies attach a charge to customers.

For HapiFoods, a box of cereal put on a truck in Vancouver could be transferred to another truck in Calgary, and then another in Winnipeg, incurring a fee every time. But the company usually only finds out after the fact, leaving it open to unexpected fees.

Factor in rising fuel surcharges, and HapiFoods is under pressure, Mr. MacNeil says, adding that the average 9.5-per-cent fee hike that the CGFI calculated in road freight costs in the past year is "right in the ballpark" of the company's own experience.

"It's a constant challenge," he says. "We haven't raised prices at all over the last year ... We've been absorbing all those hits."

In order to cope, the company's full-time shipper-receiver is spending large portions of his days trying to find direct-to-destination delivery runs, and combining orders to avoid sending partial truckloads.

Eco-countertop manufacturer Postform Ltd. is also feeling the effects of rising freight costs: They've gone up more than 25 per cent in the past year, says Jim Young, president of the Kitchener, Ont.-based company, which has 24 employees.

He is left to fight fees on incoming deliveries, while foisting similar surcharges onto his customers.

"It makes you feel like the bad guy," Mr. Young says.

Big companies can threaten to pull accounts unless accessorial charges are waived, but many smaller companies don't have such clout. Big clients buying Postform products regularly refuse to pay fees the company adds in a bid to cover rising costs, Mr. Young says. If it's a big account, Mr. Young has little choice but to acquiesce.

"We can't afford to lose the business, so we just swallow it," he says.

So things are changing at Postform. Delivery fees are being added to small orders for the first time, and drivers are working overtime to double up on deliveries and pick up supplies.

"That's the only issue in the business today. Fuel has gone up so high, you have to charge for it," Mr. Young says.

Small business owners trying to mitigate the effects of rising freight costs have a number of options, says the CFIB's Mr. Mallett,. Among them, he suggests:

- Know exactly what is included in your transport contract, so that you can spot unexpected surcharges or be prepared to budget for additional fees.

- If fuel prices drop, petition for a similar reduction in fees and charges, and demand it quickly.

- Search for ways to boost the efficiency of your delivery routes and schedules. Look for direct-to-destination trucks, or big customers that could combine their shipment requests. 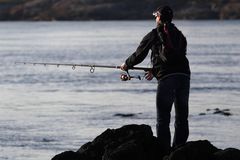 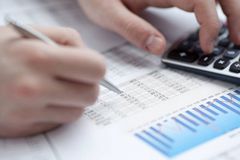