Small business owners across Ontario say a new mandatory pension plan could force them to freeze hiring and slash both hours and wages for employees as they try to absorb the extra cost at a time when margins are increasingly tight.

The cuts could come sooner than the implementation of the Ontario Retirement Pension Plan (ORPP) – with starting dates ranging between 2017 for larger businesses (more than 500 staff), 2018 for medium (50 to 499 employees) and 2019 for the smallest ones (fewer than 50) – as businesses prepare for the added cost.

"I think it's going to impact the ability of small businesses to add to their staffing complement," said Steve Mastoras, managing director of Whistler's Grille in Toronto. "It's also going to impact hiring of young people, a generation that needs these jobs the most."

Small businesses are often celebrated as the engine of the Canadian economy, but Mr. Mastoras said they are constantly "under siege" from government decisions ranging from the recent minimum wage increase in Ontario to higher taxes, utility costs and increasing red tape.

"There's a cumulative effect on small business and this really is the last straw," said Mr. Mastoras of the ORPP, describing it as a "payroll tax."

He estimates the pension plan will cost his family-owned business, which employs 30 people, about $12,000 to $15,000 a year. That's on top of the extra $40,000 the business will pay from Ontario's increase in the minimum wage.

"We are going to have to take a serious look at our hiring decisions and make scheduling adjustments," Mr. Mastoras said. "It's going to add a tremendous new burden on small businesses."

The provincial government says the ORPP is needed as a supplement to the Canada Pension Plan (CPP) for those who don't have workplace pensions. It argues the plan is good for economic spending in the long run, especially with data showing two-thirds of Ontario workers don't have a workplace pension plan.

However, group such as the Ontario Chamber of Commerce (OCC) and the Canadian Federation of Independent Business (CFIB) say the ORPP targets small businesses that can least afford the extra expense.

"It is the single-worst policy change for small business in decades," said CFIB president and chief executive officer Dan Kelly. "It's true the vast majority of small businesses don't offer pensions. The main reason is they can't afford them. This does nothing to change that. The impact could be calamitous."

The OCC is happy the government exempted companies that provide Defined Contribution (DC) plans, and is giving smaller businesses more time to phase in the ORPP. However, the OCC stated, "we remain concerned that the ORPP in its current form will have a negative impact on business competitiveness."

Those numbers are based on actuarial analysis of what workers can expect to receive, and the formula is designed to replace 15 per cent of pre-retirement earnings. The province says it's continuing to analyze other plan models, such as the Minimum Earning Threshold, the level below which contributions would not be required.‎

"With the economic climate for small business tough in the first place, and this on top of it … It's not a happy time," said Ms. Cooper.

She has already started to cut hours for her six employees in a tough business climate and may have to reduce staffing numbers as a result of the ORPP.

"What bothers me is that, as a small business owner, most people knew coming into this business that there was no pension, and that it was up to them to take care of their own needs," Ms. Cooper said.

Many of her staff are in their 40s and 50s and have been saving for retirement on their own. They will have to pay into the ORPP starting in 2019, but won't see the benefit until years later, Ms. Cooper notes.

"I don't think [the ORPP] should be mandatory. It should be something that you can opt in if you want," Ms. Cooper said.

Mitzie Hunter, provincial associate minister of finance in charge of pensions, said the ORPP is good for business and the Canadian economy in the long run, because it helps secure retirement savings for people without an employee pension plan.

There is also some uncertainty around whether the ORPP will go ahead if a Liberal or NDP government is elected federally in October. Unlike the Conservative government, the two opposition parties are in favour of expanding the CPP as a way to help Canadians save more for their old age.

Asked whether the ORPP could be dropped if the Conservatives lose the election, Ms. Hunter said, "it's not that straightforward," given that the other provinces would also have to agree to an expanded CPP.

What you need to know about the Ontario Retirement Pension Plan
August 12, 2015
Opinion
If Ontario insists on a new pension plan, consider Australia’s model
August 13, 2015 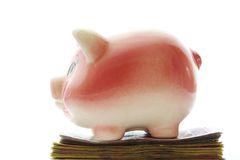 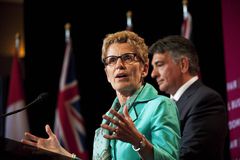