It angers Krista LaRiviere when she hears people say there's no funding for startups in Canada. If you can't find financing, she suggests, maybe you're not working hard enough to get it – or your idea isn't worth it.

Ms. LaRiviere herself is having a good run. In the past 20 months, the 37-year-old serial entrepreneur has raised $2.1-million for her third startup, Barrie, Ont.-based gShift Labs Inc., which provides search engine optimization strategies for mid-sized businesses.

The company attracted $500,000 in seed funding from MaRS Investment Accelerator Fund in Toronto, $1.1-million from Vancouver-based GrowthWorks Capital Ltd. and $500,000 from the federal agency FedDev Ontario.

Ms. LaRiviere co-founded gShift Labs with her long-time business partner, Chris Adams, in 2009, with each personally investing about $125,000 for the initial seed funding and taking no paycheques for two years. That, she says, is "what you call your sweat equity."

They didn't have trouble coming up with the money: The pair, who have been working together for 12 years, previously founded two other SEO-related companies, cgk Technologies Group Inc., launched in 1999, and Hot Banana Software Inc., launched in 2004. They were both bought by California-based Lyris Inc. in 2006 for $3.25-million.

gShift was named as one of Canada's "hottest innovative companies" at CIX (the Canadian Innovation Exchange) in 2010, and Ms. LaRiviere has received recognition, including being named by the Business Development Bank of Canada as one of Canada's top 10 young entrepreneurs.

Ms. Lariviere, who is responsible for the company's strategic direction and overall operations, says that gShift, with more than 225 clients, is on track to do $1-million in sales over the next 12 months and "we're on a plan to hit profitability toward the end of 2012."

Q: Why did you choose technology?

A: The Internet was just taking off in 1998 when I graduated from Nipissing [University]with degrees in business and economics. I didn't have [technology]skills, so I took a post-graduate degree in information technology. That armed me quite nicely with the right skills in combination with my business knowledge and experience.

Q: Why did you decide to launch gShift?

A: I'm unemployable. I don't work well in somebody else's company. I grew up in a very entrepreneurial family. My parents were in the grocery industry and my brother owns marinas, so we're very much business operators. I had a paper route when I was 7 so I could make my own money. I stayed with Lyris until early 2009, when my second child was born, then started thinking about what to do next.

My co-founder, Chris Adams, and I studied the marketing technology trends going on and considered what software we could build to automate processes that marketers need. That's really our specialty. So early in 2009, we started thinking about the search engine optimization space. We were seeking to demystify, standardize, and simplify SEO processes for an average business user.

Q: What are you doing with the $2.1-million you just raised?

A: Approximately 50 per cent is being invested into product and engineering – so the actual software that we're building – and the other 50 per cent will go into sales and marketing.

Q: How do you stay ahead of what your clients want?

A: Lots of client feedback. We have ideas of what an end-client wants but until you get the software into their hands, you really don't understand how they're going to use it. So within nine months of launching gShift, we introduced a beta product that every single client paid to use, which is also unique in our model. We did not give anything away for free.

Once the clients had the software, we'd say, "This is what we have, but what do you really want and how do we close that gap?" With any software, I guarantee there is a gap between how people ultimately want to use it and what the technologists think should be in the software.

A: I built out an investor funnel – from day one – of all the people I knew who might be interested. I did 40 pitches over 20 months on both sides of the border. Even when I knew an investor wasn't interested, I'd go and pitch to the room because we might get a client out of it, or new connections.

It takes a concerted effort over a long time to find the money that's best for your organization. Two buckets of $1-million aren't created equally. It's important to find the right investor who understands your market or may have had success with a similar company.

Get yourselves some mentors you can trust. Get yourself networked into the entrepreneurial eco-system. There are so many great organizations out there willing to help you. If you want to raise money, you need to get serious, get networked and know that it's going to take longer than you think.

The MaRS process took nine months from our first meeting until the money was in the bank. In between, they have internal processes they have to go through, as do larger VCs like GrowthWorks. That time can be really detrimental for a portfolio company who may be out of cash. You have to be ready. Don't go looking for money when you need money. Go before you need it.

Q; What makes a great pitch?

A: Strong research and continuous demonstration of traction, even if it's a wee bit over time. One thing I always did in my pitches was set milestones – three months, six months, nine months, a year. I'd often go back and talk to an investor I'd pitched six months earlier and tell them I met the milestone. They need to understand that you're living by your word. Meeting milestones is about building trust and a rapport with the investors. We did that with both MaRS and GrowthWorks. You hear stories about deals that close in a week, but I don't think that's true. The investor needs to get to know you over time.

I also think the investor relationship should be easy. I've talked to investors where it was like a blind date that didn't go so well and you just don't want to have a relationship with that person. You need the same working mentality and vision. You're sitting at the same table and you have to trust each other.

Q: Do you have any other tips for wannabe entrepreneurs?

However difficult you thing it's going to be, quadruple that, so you've got to have some availability of resources. Chris and I were lucky in that we could reinvest some proceeds from the previous company into gShift and not take a paycheque for two years. That's really important in terms of getting the company off the ground at a significant speed.

Q: And if you don't have those resources?

A: It would be that much tougher. You might want to find a co-founder who maybe has those resources.

Q: What should you look for in a partnership?

A: It's really important, especially for a software startup, that your founding team is well balanced. I'm the business person on the co-founding team, and Chris is very much the technologist. I'm the one who puts together the business plan, goes out and raises the money, operates the company and he takes care of the technology.

I've seen startups where they're weighted way too heavily on one side or are missing an ingredient. Then it's really hard for them to raise money or put together a great product. I can't say enough about having a balanced team in the beginning, even if it's just two people.

Q: How did you build your team?

A: We're 11 people. I had worked with the first team-members at gShift before, so I was able to hand-pick folks I knew could handle a startup. One of my favourite sayings is: Pressure makes diamonds. Startup life is risky every step of the way, and not everybody is cut out for that. I tell people not to come and work here if they're not willing to figure out answers on their own. I don't know all the answers. If I did, I'd just do this all myself.

Q: What was your biggest challenge starting out?

A: You're constantly trying to convince somebody about your vision – contacts, clients, investors, potential investors, team members, your family. My husband, who is a corporate lawyer, doesn't like risk so much. The toughest part for me was putting that initial lifestyle move on the table and getting him to buy into it. But he believes in what I'm doing. The next challenge is proving that the investors are right. I live that every day.

Q: How do you juggle two toddlers and a business?

A: Life is quite chaotic. I don't really have any set time to work and not work or to raise kids and not raise kids. It's all sort of mashed together. I couldn't do gShift without the strong help I have at home. But I'm out the door at work at 5 o'clock to go be with my family, then work another few hours after I put the kids to bed. I work when I can and I'm with the family when I can.

Next week: Krista LaRiviere's Splurge. Look for it at Report on Small Business

Vegan accessories maker has success in the bag
April 11, 2018
Mechanic cleans up auto-racing circuit
May 3, 2018 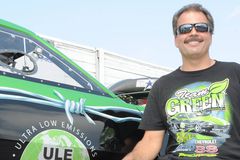 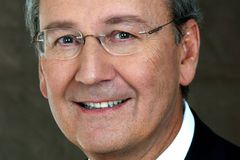 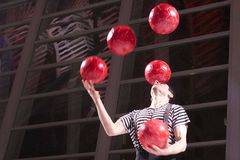 BlueCat Networks' Michael Hyatt swims against the tide
May 2, 2018