Small business owners are revisiting their retirement plans after Ottawa updated its proposed tax changes for private corporations – and some say it means they'll be stuck working longer than expected.

Ottawa dropped some controversial proposals amid a backlash from the small business community but said last week that it's moving ahead with plans to stop income sprinkling for family members not active in the business. It's also planning to put a higher tax on passive investment income that exceeds $50,000 each year. While the pared-down proposal may have a more limited impact than the original plan, some incorporated business owners could still be hit by higher taxes, with longer-term implications for how and when they will retire.

Catch up on the latest federal government tax changes

"That's the one that hurts me and a lot of other small business owners," says Mr. Coull, 47, who has two children ages 16 and 18. He planned to take advantage of the longstanding benefit, which allows a small-business owner to split income among family members to reduce the family's overall tax bill.

"This was a tool for us to use to make it worth being in business," Mr. Coull says. "It's disappointing. They're leaving us with the risk and no reward."

Back to the drawing board

"People are going to be paying more tax, there's no question," Mr. Preto says. "Talking to the business owner clients we have, this is a serious issue. It's not something they're taking lightly."

"Any time there's a fundamental shift in the landscape it forces people to go back to the drawing board and take a good look at it and that's what we are recommending so that people are aware of what they need to do to have the retirement they want," he says.

Still, Mr. Preto cautions business owners not to act until the proposals have been finalized.

An IPP is registered pension plan small business owners can use that has more tax advantages than a registered retirement savings plan (RRSP). As with an RRSP, the money is invested in a tax-sheltered account until it is withdrawn. Corporate-owned life insurance allows business owners to accumulate investments in the policy tax-free. Both options are complex and have a number of caveats though, and may not be beneficial for some business owners.

"In the right circumstances they can work well," says Mr. Preto, "but you have to be careful and fully understand what you're doing."

There is also a risk that the government could make changes to these investment vehicles down the road that makes them less attractive.

Business owners who continue to invest money in their corporations might want to avoid too much investment risk, says Marc Schouten, a certified financial planner with PlayCheques Financial Solutions in Surrey, B.C.

"It's hard to justify taking risk in an environment where you would lose well over half to these new taxes but keep any losses if you surpass the proposed $50,000 annual profit threshold," says Mr. Schouten.

He says some business owners may wish to make riskier investments in their personal portfolios instead.

Since the updated proposals were announced last week, Mr. Schouten has crunched the numbers for a couple of clients and may recommend they work a few more years, but perhaps "less aggressively" to avoid getting caught up in the higher investment tax bracket.

Blair Guilfoyle, a partner at Toronto-based Guilfoyle Financial, has at least one client who will have to work two or three years longer than planned due to the additional tax bill expected if the proposals are passed.

He also said the impact could be more significant in the longer term on younger professionals who haven't built up existing passive investments that the government says won't be touched.

"Clients are asking us lots of questions," says Mr. Guilfoyle. "We don't have the answers yet. We need to see the exact wording of the legislation. The unknown is causing issues in itself and a lot of paralysis.

"From what they're releasing, it's looking like the business owners – whether they are doctors, entrepreneurs or farmers – will have to work harder, longer, and build more assets in their corporations because the government is taking an additional amount."

Is your financial plan right on track? Of course not! Get some FREE advice from The Globe and Mail about your unique financial situation by emailing finfacelift@gmail.com to be part of our Financial Facelift series.

You get to choose your own false name and work with our photographers to obscure your identity in one of our trademark Financial Facelift photos.

We're especially keen to hear from the young, the struggling, the self-employed, artists, painters, poets, freelancers, contract workers and small business owners. Learn how to make sure your financial future is secure. E-mail your situation to finfacelift@gmail.com. 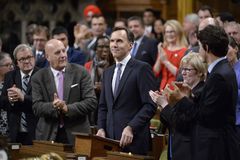 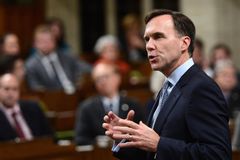 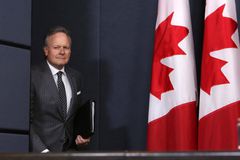