Crowdfunding on platforms like Kickstarter and Indiegogo has become a popular way for small companies and startups to show proof of concept and raise money for their ideas.

Getting it right takes serious effort and across many business functions, including public relations. Media coverage can make or break a campaign due to increased exposure and the perceived credibility of third party outlets. However, getting the PR piece of a crowdfunding campaign right is no picnic.

Here to help you generate killer coverage for your company's campaign is the A to Z guide to conducting media relations for a crowdfunding campaign.

A is for advice. Before launching your crowdfunding campaign's media relations activities you should seek out advice from those who've done it before. While hiring a PR firm may be beyond your budget, there is sometimes merit and it will save a lot of headaches. If you can't afford the expense speak to other entrepreneurs who've generated good coverage for their crowdfunding efforts.

B is for beginning. Since most crowdfunding campaigns sink or swim in the first 24 to 72 hours you want media coverage to appear at the beginning of the initiative, not on day 30 when any traffic referred by media sites is going to be less impactful.

C is for control. As with any media relations effort you'll have little to no control over if and when media publish their stories on your crowdfunding campaign. Use the minor degree of control you have very wisely and carefully.

D is for decorum. Crowdfunding campaigns can be stressful. The media relations piece doubly so. Media misquote the CEO. They publish later than they say they will. Journalists that are given an advanced look at a product pen pieces that rip it to shreds. There is, however, very little value in being rude to the folks who buy (digital) ink by the barrel. Maintain your decorum with media at all times.

E is for embargo. Remember what the letter C was for? Well, one way to exercise a modicum of control over when media publish is to use an embargo. If you tell media outlets they cannot publish before a designated date, and they respect that agreement, you may end up with a beautiful crescendo of noise that equates to a large surge in web traffic to your campaign's page.

F is for fundraising. Media coverage can do a lot to drive fundraising, so carefully monitor referral traffic to your page from third party media placements to get a sense of PR's impact.

G is for genius. This is what you'll be called if you generate significant media coverage for your company's crowdfunding initiative in the first 24 hours after launch.

H is for hard work. You will need to put in more of it than usual in advance of your campaign going live. While media relations tends to be an activity where the heavy lifting happens in advance of a launch or special event, this is even more true with crowdfunding initiatives. From our experience, about eighty per cent of the media relations work happens before you go live.

I is for integrated. Your media relations efforts need to be integrated with the other parts of your crowdfunding campaign. Practically speaking this means having a plan to share big media placements with your online community, assessing whether you want to dedicate some budget to using syndication service like Outbrain to give some of the nicer coverage an extended life, and generally thinking through how communication channels mesh.

J is journalism. You need to know about the professional interests of those who practice this craft if you hope to get any media coverage for your campaign. A journalist's job is to report on things of interest to her audience, not to advertise your business and its products. In other words, the simple fact that you're launching a crowdfunding campaign is not enough to land that coveted front-page story.

K is for keep your friends close. We typically recommend giving a few media outlets a sneak peek into whatever product, service or project is going to launch before the embargo lifts. This usually means big outlets get the special treatment. While this is sound policy, a crowdfunding effort is a good way to solidify existing media relationships. Make sure you give a few outlets you're already friendly with an advanced look at what you've got planned – even if they are smaller.

L is logistics. Because of the relatively high cost of logistics, product shipping and other business functions, crowdfunding campaigns are best seen as plays for exposure not vehicles for raising money. It may sound strange, but the economics of crowdfunding on the platforms currently popular turn the activity into a marketing initiative, increasing the importance of strong media relations.

M is for multiple newsworthy announcements. Every crowdfunding effort gets to announce its launch. Hopefully you have your ducks in a row and can get a good surge of media coverage immediately after you kick off. However, when you design your campaign it's a good idea to think through secondary announcements – such as potential partnerships or product refinements – that may result in more media coverage and provide your campaign with other boosts in traffic after any initial stories appear.

N is for network. Your immediate network of contacts matters immensely to the success of your crowdfunding effort. Too often, however, people only ask those in their network to back their campaign and "spread the word" on social media. Go further. Ask the people in your network if they have relations with specific journalists who might be interested in covering your initiative. You may be surprised how effective this is.

O is one channel. Those who try to market their crowdfunding campaigns via one channel tend to fail. It's especially important to avoid putting all your eggs in the media relations basket. By all means, look at using some paid online ads, consider your investment in social media, and plan a robust email campaign. Whatever you do, don't myopically bet on one channel to win the day.

P is for press release. We generally tell clients to send a press release out over the wire (using say Marketwired or PRWeb) when their campaign launches. However, a press release alone never does the job, since so many are sent everyday and it is so hard to craft a notable release because most get edited by a committee. Budget time and money for conducting media follow ups after a release has gone out.

Q is for quickly. As with any media relations activities or campaigns, you want to respond to media requests quickly when you undertake a crowdfunding campaign.

R is for Reddit AMA. A Reddit AMA (Ask Me Anything) is basically an online question and answer session between someone and the interested public. A client recently did one mid way through a 30 day Kickstarter campaign and it had a positive impact. Those who backed the campaign and hard core fans loved the access to the founder, and it gave us material to share with interested media. Some outlets even had staff online as the session unfolded.

S is stretch goals. Your stretch goals can, if crafted right, generate a significant amount of chatter, energize your biggest backers, and interest the news media. Well designed stretch goals are a way to generate spikes in media coverage throughout the campaign. Think them through carefully.

T is for timing. Timing is everything with crowdfunding. One of the most important things to remember is that the embargo lift date should coincide with the public campaign kickoff. You'll lose out on valuable traffic if media publish pieces before your campaign's page is live.

U is unpredictable. No matter what anyone tells you, the volume, tone and nature of the coverage of your crowdfunding campaign is unpredictable. Be skeptical of those are overly certain about the way things will go – more than likely they don't have a clue.

V is for vertical. Most of the time companies that undertake crowdfunding efforts target media in their verticals. This is important and should be done. However, it is often smart to target media who cover other industries and/or separate but relevant topics. It can bring fresh new traffic to your page and get your story into new quarters.

W is for website. Before your campaign begins make sure that your website is media ready. If you don't already have one, build a simple online newsroom that has downloadable pictures, links to previous articles and press releases, executive bios and multimedia content. These things make journalists' lives easier and increase the chances of you getting covered.

X is Xanax. This stuff might come in handy if and when a media embargo gets broken. Some outlets have policies about when to abide by and when to break embargoes. Know who you're getting into bed with before you launch your campaign.

Y is for yammer on. A certain breed of founder tends to do this in media interviews. A crowdfunding campaign is not the time for rambling, unfocused encounters with the Fourth Estate. Before you launch your initiative take time to hammer out three key messages for media interviews (these may change slightly if you target media that cover different verticals), find multiple ways to say them, and coach the heck out of spokespeople.

Z is zenith. We cannot overstate the fact that the volume of coverage should ideally reach its zenith in the first 72 hours of a campaign. Do everything you can to make this happen.

Jackson Wightman is owner of marketing and PR agency, Proper Propaganda. Christa Fairchild is their resident specialist in crowdfunding. In the past year, they have worked together on several Kickstarter campaigns, raising over $1-million and generating global media coverage for clients. 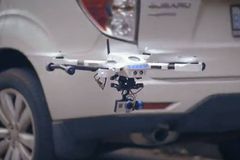 Avoid these five practices to be better at business
November 18, 2014 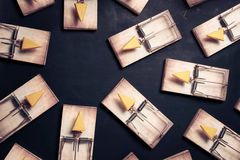 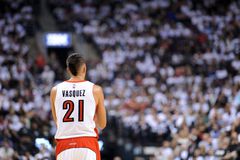 How to hire the right employees for your small business
November 18, 2014 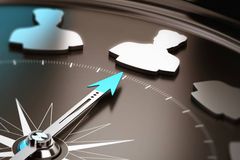 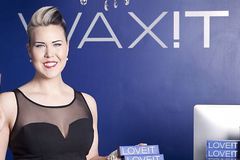