Having practiced franchise law in Vancouver for almost 30 years, I've got a good sense of some of the biggest, yet most avoidable mistakes made by start-up franchisors. If you're a new or aspiring franchisor, try to avoid the following mistakes:

1. "Franchising" at its most basic level is the licensing of the franchisor's business system and trademark to a franchisee for a period of time, in exchange for a fee. The fee is usually expressed as an initial franchise fee for the rights as well as an ongoing royalty. If you're considering starting a franchise, remember that five of the country's provinces regulate franchising.

Trying to avoid the respective franchise acts because you're just starting out -- and want to save legal and accounting costs of disclosure required by the legislation -- is a recipe for an expensive lawsuit. Pretending not to be a franchise by calling your business a "licence" (when you really fit the definition of "franchise") and not making disclosure a required by law could well lead to lawsuits that will bankrupt your new business.

Although you may find preparation of a franchise disclosure document (FDD) to be expensive, and the on-going compliance with disclosure legislation to be tedious legal mumbo-jumbo, nothing compares with the costs associated with lawsuits for rescission of the franchise agreement commenced by disgruntled franchisees who want all their money back.

Not attaching the most recent review engagement or audited financial statements to the FDD, or not updating the factual information disclosed in the FDD prior to the franchisee signing franchise agreement can also give the franchisee the right to rescind. Be sure to have a lawyer experienced in franchise law draft your agreements and FDD so that these sorts of mistakes can be avoided.

3. British Columbia continues to be a hotbed for undercapitalized start-up franchisors, perhaps because there is no franchise legislation in B.C. that would impose disclosure obligations as in Ontario, Alberta Manitoba, PEI and New Brunswick (thus adding to the legal and accounting costs to franchise in those provinces). Undercapitalized franchisors may well try to get their agreements from the Internet,or from non-lawyer (and uninsured) franchise consultants. These agreements may contain provisions inapplicable (or in fact dangerous) to the franchisor, because they may be terms from U.S. agreements where the law is different. Or the franchise agreement provides that "Ontario" is the governing law and forum for all franchise disputes, unnecessarily triggering the operation of Ontario's Arthur Wishart Act (even for locations in B.C.). It's true when they say: "if you think its expensive to hire a professional, wait until you hire an amateur."

5. Franchise agreements normally state in the recitals to the agreement reference to the "franchisor's proven methods and business system." But some startups may try to sell franchises before there is one and franchisees have no way to validate whether the business is a good investment or a bad one without seeing it in operation. Accordingly, if it's a bricks-and-mortar business that's being franchised, it's essential to have at least one corporate store in operation to demonstrate that there's business system and it works.

6. Franchisees are, or should be, independent contractors. If you treat them as if they were employees in terms of working conditions, directing customer payments to the franchisor before payment to the franchisee, or exerting too much control, you may be deemed to be their employer and be liable for source deductions and other payments required by the Canada Revenue Agency and other governmental organizations.

7. There's statutory duty in the disclosure provinces that franchisors and franchisees must seal with each other fairly and in good faith. In the Supreme Court of Canada's recent decision Bhasin v. Hrynew, there's clearly an overriding legal duty for contracting parties to act honestly and good faith. Treating your franchisees in bad faith, or giving them any opportunity to argue that you have not acted in good faith is yet another recipe for expensive litigation.

9. If you're a U.S.-based franchisor thinking about coming to Canada, you probably know all about disclosure laws in the U.S. But you'll have to adapt your U.S. agreement and FDD to comply with Canadian law, because a U.S. FDD will not satisfy Canadian provincial franchise laws. You'll need to consider how to deal with Canadian witholdings tax on royalties coming from Canadian franchisees, your ability to supply product to Canadian franchisees at competitive prices (taking into account an 80 cent U.S. dollar), applying for a Canadian trademark and whether your Canadian prospects are financially prepared to pay initial franchise and other fees and costs in U.S. dollars. Oh, and you'd better assess the Canadian market better than Target did.

10. Franchisees will normally have lawyers assist them with reviewing franchise agreements and FDDs. If these lawyers are experienced with franchising, they will be able to spot these mistakes. They might even help you fix them. Or not.

Of course there are other mistakes made by start up franchisors in Canada, but these seem to be the most common and quite frankly, the most avoidable. 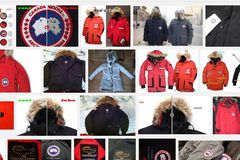 Seven must-have tools for entrepreneurs in 2015
January 1, 2015
Burial options for boomers who've always wanted to go to the moon
December 23, 2014 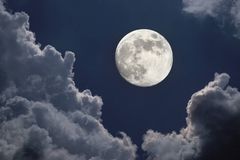 The 10 most popular small business stories of the year
December 26, 2014
The camera never blinks: how to respond to an online reputation crisis
January 27, 2015 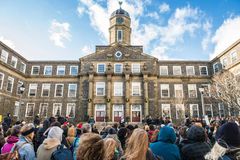 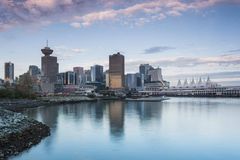