Kickstarter and Indiegogo, two of the most popular donation-based crowdfunding sites in the country, give creative people the opportunity to fund their projects via online donations or pre-purchasing of products or experiences. The following list includes the top 10 Canadian entrepreneurial crowdfunding campaigns the year. The figures are accurate as of Dec. 30, 2014. 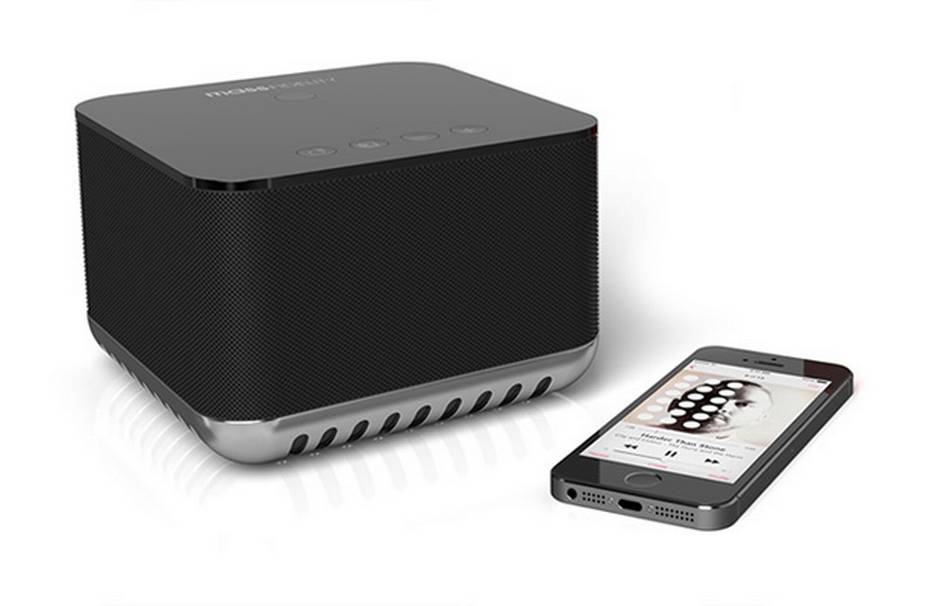 The Core wireless speaker system is compact speaker with ‘better than stereo’ sound. It's wireless, multi-room, portable and truly liberating. Mass Fidelity, the Toronto-based company behind the project, has raised $1,235,389 (U.S.) of its $48,000 goal on Indiegogo. This is the most funded Canadian project of all time.

“The technology we’re using is really cool because it eliminates the need to have multiple speaker setups. You can hold it in the palm of your hand and it sounds like two widely spaced hi-fi speakers.”
Ben Webster, Mass Fidelity’s co-founder and chief executive officer 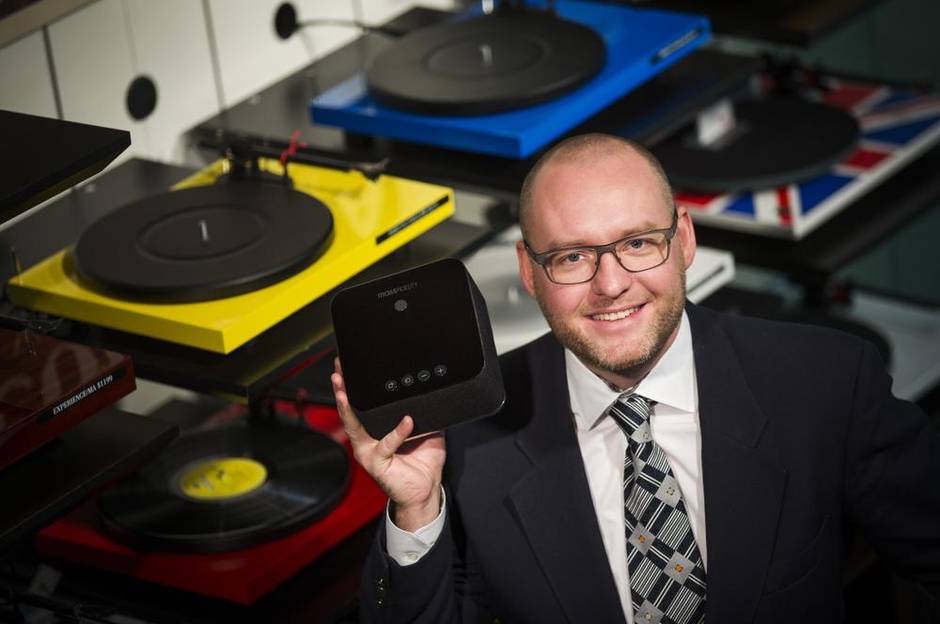 The product that set a new Canadian crowdfunding record
Mass Fidelity raised more than $1-million for its wireless Bluetooth speaker. Now the co-founders want to develop a sales team and go international. But which countries should they target first, and how? 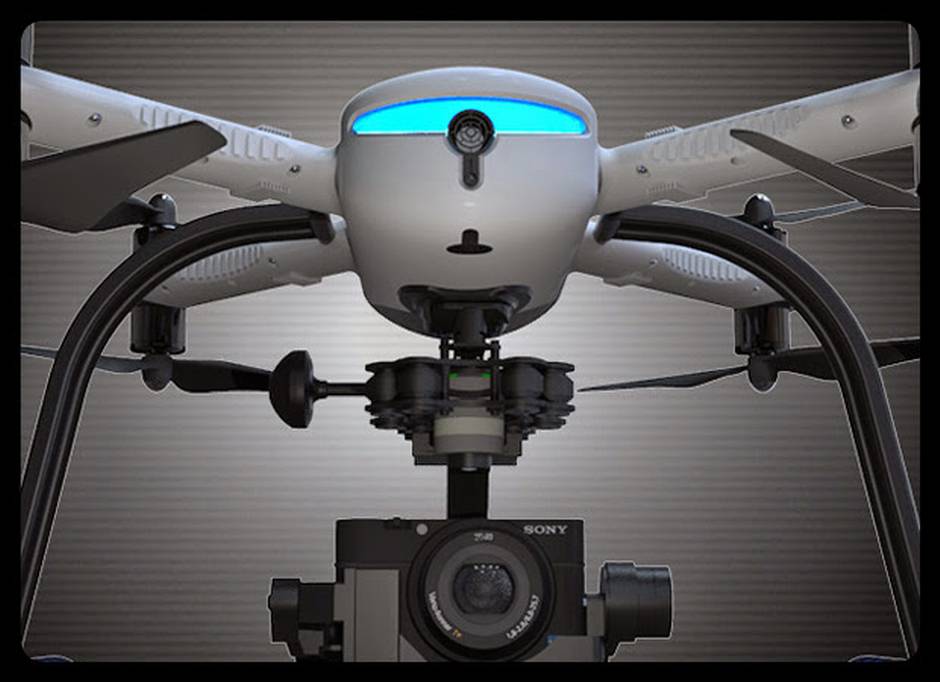 This ultra-portable drone, which snaps together in one minute, is designed to help you capture stunning aerial film and photos with ease. DreamQii, the Ryerson DMZ startup behind the project, reached $1,218,947 (U.S.) of its Indiegogo $100,000 goal on Indiegogo.

Multiple PlexiDrones can even fly in a “swarm mode,” using GPS to arrange themselves in a formation.
Ivor Tossell, reporter for The Globe and Mail

Drone makers set sights on photographers
Drones! They’re not just for killing terrorists. As small unmanned aircraft become cheaper and more commonplace, their applications are getting more and more workaday. Like, for instance, wedding photos. 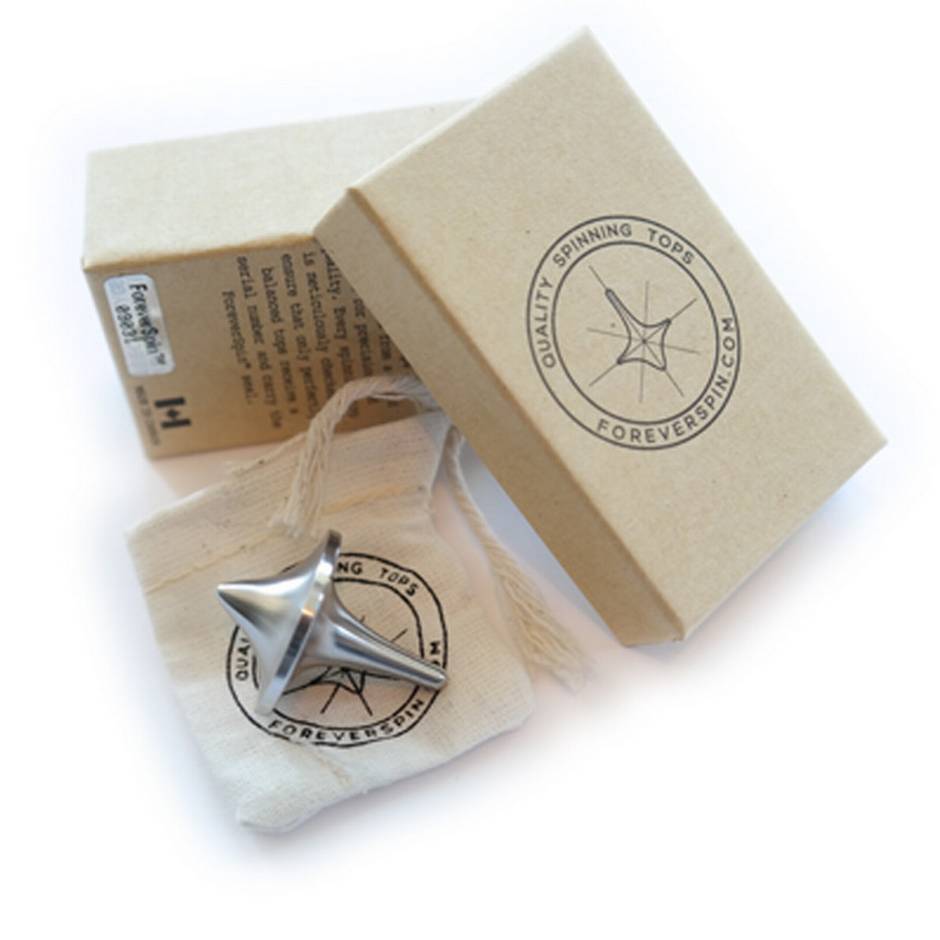 ForeverSpin tops are made in Canada out of one piece of high-grade stainless steel for precision and quality. Every spinning top is manually checked with the latest technology to ensure that only perfectly balanced spinning tops will get a serial number, and be allowed to carry the ForeverSpin seal. The Toronto-based team raised $402,640 of its $5,000 goal on Kickstarter. 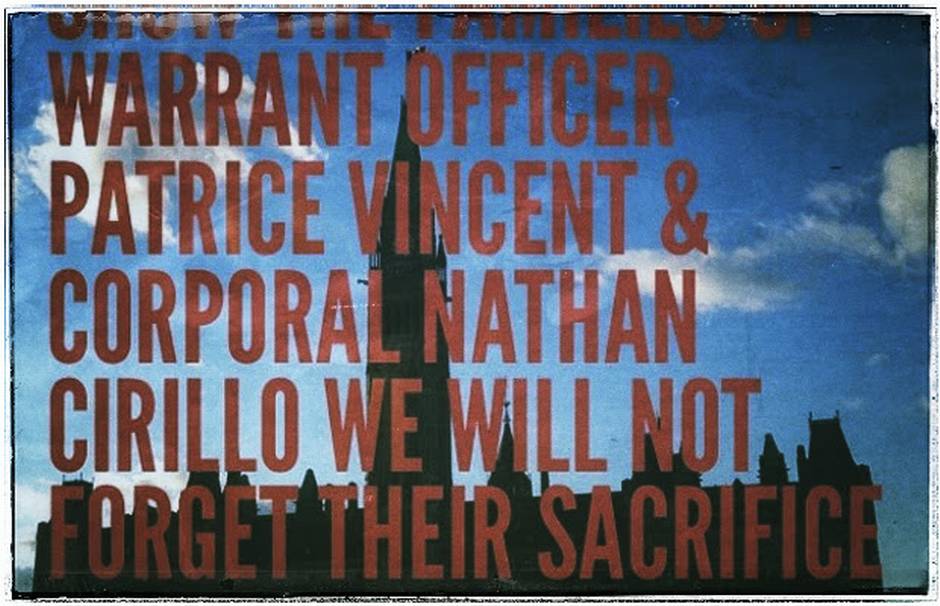 This campaign, which raised $393,725 of its $100,000 goal on Indiegogo, is for the families of warrant officer Patrice Vincent and Corporal Nathan Cirillo. #Standonguardfund.com

This innovative, independent school based in Squamish B.C. is building a model school of engaging, experiential learning. The campaign raised $150,288 of its $150,000 goal on Indiegogo.

Discussion: How to run a dynamite crowdfunding campaign 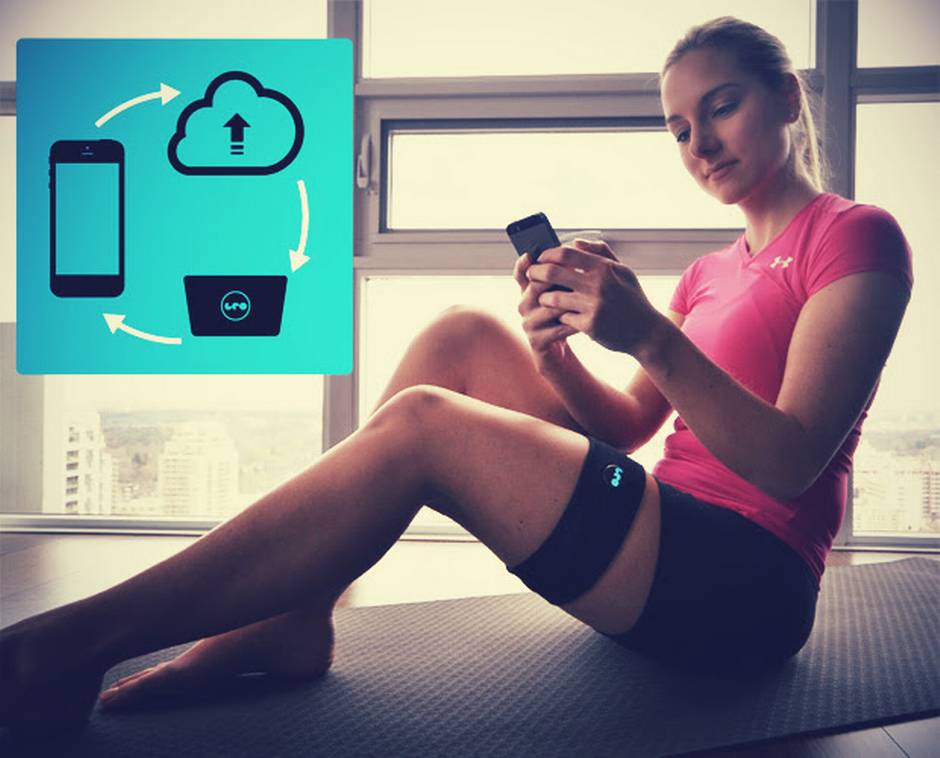 These wearable devices give you the knowledge you need to improve and stay healthy while maintaining an active lifestyle, in real-time. LEO's hardware is made of a breathable and comfortable material similar to the compression apparel that you’re already used to. The Ottawa-based project, in partnership with MaRS Discovery District, has raised $143,709 (U.S.) of its $50,000 goal on Indiegogo. 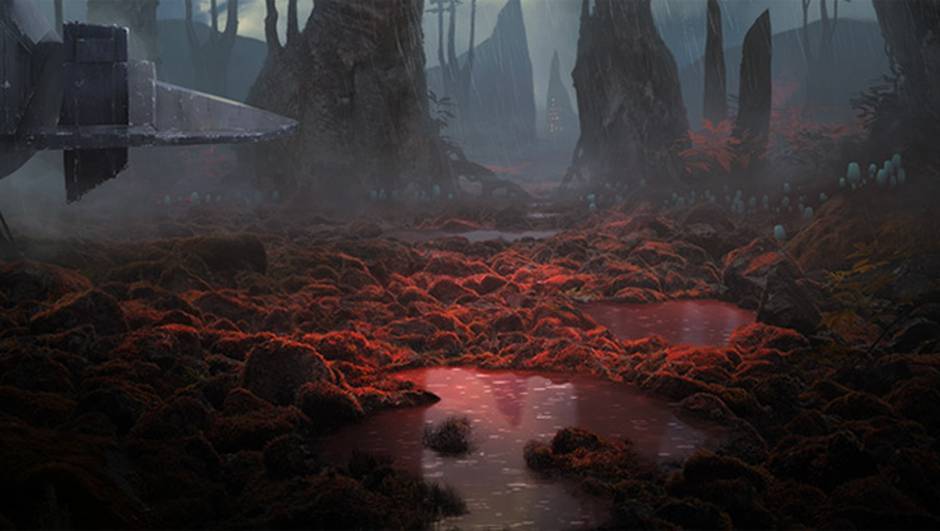 This energetic online game, created by Lunarch Studios, distills real-time strategy down to its purest form, and removes the 'real-time;. Prismata is an easy-to-learn, fast-paced hybrid strategy game that borrows familiar elements from real-time strategy games, collectible card games, and tabletop strategy games, combining them in a radical new way. Think turn-based StarCraft, but without a map. Or, think of Hearthstone with workers and build orders instead of decks. The Waterloo-based startup has raised $140,000 of its $140,000 goal on Kickstarter.

In Last Year you’ll experience the nightmare together as you and five friends struggle to survive against one player that's playing as the Killer. Explore familiar territory based on classic horror movie locations including Camp Silver Lake and East Side High. You’ll play the roles of stereotypical high school characters while co-operating to complete objectives and survive. The Montreal-based studio behind the game has raised $114,711 of its $50,000 goal on Kickstarter. 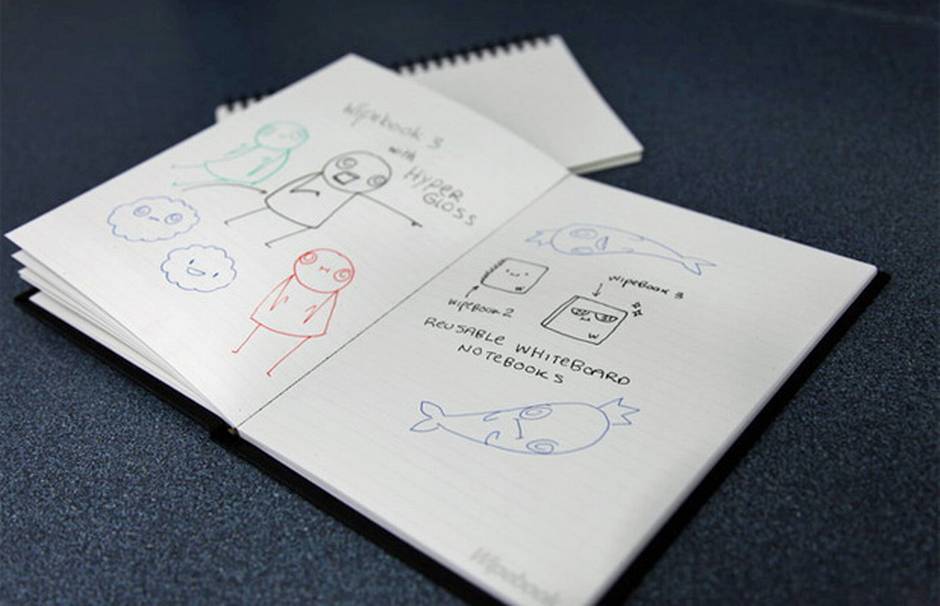 Developed by by Frank Bouchard of Ottawa, Wipebook takes the whiteboard experience and converted into a notebook that helps you generate great ideas where ever you go! The company has raised $110,648 pledged of $4,000 goal on Kickstarter. 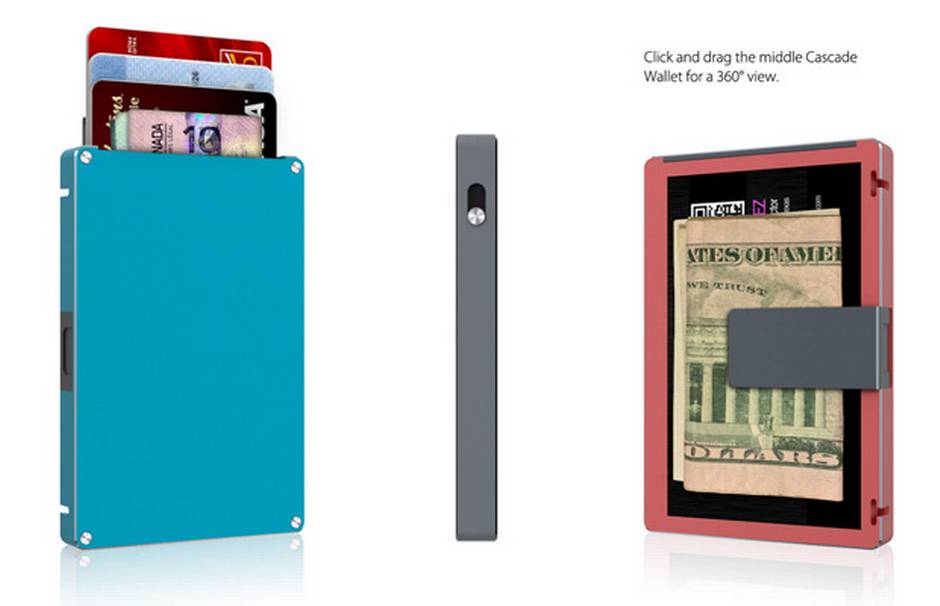 There's no room for a bulky wallet in the modern day. This sleek and secure wallet adapts to your everyday needs. Accessing your cards is now convenient and inspiring with the card ejection feature. You're able to carry more when you need to with the detachable Cascade Cover. You can also select from several colour and engraving options to make it your very own. Mani Wonders, the Toronto company behind the project, raised $87,933 of its $50,000 goal on Kickstarter.