When John and Leah Garrad-Cole went on Dragons' Den in 2013, they were seeking what most entrepreneurs do when applying to be on the CBC TV business-pitch program: publicity and maybe some financing to boost the business.

The husband-and-wife founders of baby food maker Love Child Organics, based in Whistler, B.C., had already landed Wal-Mart as a client in Canada and were looking for more money to expand into the United States and to build their product lineup.

Love Child Organics closed one of the largest deals on the show's history – a $750,000 equity deal from "Dragons" David Chilton and Arlene Dickinson. Between the time the show was taped in April 2013 and aired six months later, the couple had renegotiated an even larger $1-million deal off camera with the two (now former) Dragons and another outside investor.

The company, which reported a 200-per-cent jump in net revenues to $5-million in its latest fiscal year ended Jan. 31, was recently sold for $6-million (including debt) to publicly traded GreenSpace Brands Inc. of Toronto.

The Dragons' Den appearance likely accelerated the company's growth trajectory, says Mr. Garrad-Cole, having put them in front of a TV audience and a handful of well-heeled, high profile investors.

"It doesn't replace all of the other hard work that goes on, but it was undoubtedly very helpful exposure," said Mr. Garrad-Cole, a former investment banker who, along with his wife, remains actively involved in the brand under the new company.

Love Child Organics is one of 79 deals sealed on the show after due diligence, out of 361 handshake agreements broadcast in the first nine seasons, according to estimates from the CBC. About 1,076 pitches have been broadcast ahead of the show's 10th season starting next week (Oct. 7). While some of those pitches are obviously televised for their entertainment value, investors and entrepreneurs agree Dragons' Den provides value to the startup community in Canada.

"Dragons' Den is a venture capital company on steroids," says Kevin O'Leary, who was part of the show for the first eight seasons and now appears on the American version, Shark Tank.

Mr. O'Leary says the value of these startup pitch programs is the free publicity, for both entrepreneurs and the investors.

"The economic outcome of Dragons' Den deals is far superior to that of a typical venture portfolio because the customer acquisition costs is zero," says Mr. O'Leary. That compares to about 10-to-12 per cent of a company's budget spent on marketing and advertising, according to Mr. O'Leary's estimates.

He has more than two dozen companies in his portfolio that came from Dragons' Den investments. Some of the most successful include Holiday Rejects, which makes ugly Christmas sweaters, and magnetic schedule maker Easy Daysies.

In the real venture capital investing world, Mr. O'Leary says about two of 10 deals make money, but that number is closer to four of 10 for companies that appear on these pitch programs.

"The advantage for the Dragon, and why people want to be on the show, [is that] they get the joke about customers' acquisition costs. That's why I just love the platform," says Mr. O'Leary.

While many entrepreneurs watch the show to hone their own product pitches, outsiders say they shouldn't expect the same acerbic tone from potential investors.

"Like anything on TV, it's made primarily for entertainment value. There is definitely a difference between the way angels conduct themselves in the real world and the way they behave on the show," says Yuri Navarro, executive director of the National Angel Capital Organization (NACO).

"We at NACO get concerned sometimes about whether the show gives a positive image of angel investors."

In real life, he says investors try to be friendly to founders to help attract the best investments.

"They know this, in turn, generates a brand about them as an investor in the greater entrepreneurial ecosystem, which generates better deal flow to them," said Mr. Navarro.

He points to NACO's statistics that show that 34 per cent of companies that presented to investors in angel groups were funded in 2014.

"Shows like Dragons' Den do a service to support the dream of an entrepreneur … and take a chance on their own ideas," says Mr. Navarro. "From that perspective, we think it's good."

Even entrepreneurs that don't land on a deal "in the den" have seen some lift in their business as a result of being on Dragons' Den.

Peter Hudson, co-founder of Vancouver-based BitLit Media, which has the Shelfie smartphone app that allows users to convert their print books to e-books, describes his appearance in season nine as "terrible." In real life, the company has landed on its feet.

When the show was taped in the spring of 2014, Mr. Hudson attracted two offers. However, after trying to renegotiate in front of the cameras, he lost both deals after insulting Ms. Dickinson by suggesting Mr. Chilton had better connections.

"I didn't seem like a super-nice guy," said Mr. Hudson in hindsight. "That's fair, I went on the show for the exposure."

Mr. Hudson said the app received about 600 downloads after the showed aired last fall. Still that paled in comparison to the 10,000 downloads received after an article on Lifehacker.com three months later – about a third of its 30,000 downloads today.

Angel investor Jonathan Bixby has invested in BitLit and looked closely at other entrepreneurs on the show, including those who bombed their pitch.

"A lot of people go on the show not really to raise money, but for the PR," says Mr. Bixby, general partner at Stanley Park Ventures and a founder of business accelerator Highline. He believes it's a great venue for entrepreneurs in the business-to-consumer space, but probably a waste of time for companies selling their products to other businesses.

But entrepreneurs need to be prepared for the pitch to potentially go south, the consequences of which can be good or bad.

"You run the risk of making yourself look like an idiot," says Mr. Bixby. However, he notes that only increases a company's chance of getting their pitch to air, even if their products isn't a hit with the Dragons.

The Dragon's Den season premiere is Wednesday at 8pm. 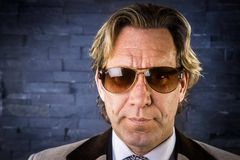