Joseph Iuso and Brian Crozier have already gone head-to-head with the Dragons once, walked away with nothing, and ended their encounter with both sides saying the other had made "a big mistake."

Now, they're going back for another kick at negotiating.

Mr. Iuso and Mr. Crozier are executives at UseMyBank, a small Toronto firm that provides a service enabling customers to pay for Internet purchases directly from their bank accounts. The company has deals with banks in a dozen countries, but is looking to expand its global reach – and that's going to cost money.

This quest led the executives to the popular CBC television business-investing reality show Dragons' Den earlier this year. Their pitch: $1-million in "acceleration capital" in exchange for a 5-per-cent stake in the company.

The usually hard-nosed, skeptical Dragons all eagerly jumped on board, but said they wanted a 40-per-cent share. They figured that in the current market, UseMyBank would have to look long and hard to find $1-million anywhere else, so the company execs would cave to their terms.

Mr. Iuso and Mr. Crozier said no thanks. "I like the million, I just don't like the valuation," said Mr. Iuso, UseMyBank's chief executive officer.

Being the first entrepreneurs ever to turn down $1-million from the Dragons not only gave UseMyBank a claim to fame but got them invited back on the show for another kick at the can. (The segment is expected to air some time this fall.) But they say they aren't budging on their terms – they don't have to.

"We have the luxury of not really needing the money desperately," says Mr. Crozier, the company's head of global business development.

UseMyBank is an example of an early-stage company that can go into this kind of negotiation with some clout – it's an established business that's already generating revenues and is looking for funds to accelerate a proven growth plan, rather than someone starting from scratch with little more than a dream and some nice PowerPoint slides. And, experts are quick to say, the tension and confrontation of Dragons' Den is far from a realistic portrayal of what goes on behind the scenes of venture financing negotiations.

Still, UseMyBank's dramatic reality-TV adventure does illustrate how the race to raise capital under palatable terms is more complicated in the post-credit-crisis era, where too many entrepreneurs are chasing too few dollars.

Venture-capital investments in this country slumped 27 per cent last year to about $1-billion, to their lowest levels in 13 years, and less than half the amount invested in 2007. Experts say this shrinking pool of venture capital has driven startup companies away from traditional venture-capital funds and increasingly toward "angels" – deep-pocketed individual investors – and has left entrepreneurs at a disadvantage at the bargaining table with investors, who have become more selective and demanding with their scarce resources.

"They still have money to invest, they're just being more picky about what they're going to invest in," Mr. Crozier says.

"It's more a flight to quality," explains angel investor David Ceolin, CEO of Innovation Grade Capital. He says he has roughly 120 proposals crossing his desk each year, yet only about five of them end up in deals – putting the math in the favour of the angel investor.

"There is an oversupply of firms and not enough angels to go around, resulting in a situation," he says.

One of the key sources of tension is valuation – a disagreement over what a startup company is worth. Increasingly, entrepreneurs say, investors are focusing their valuations on a startup's revenue and cash flow.

"Every time we've gone down to private equity or [angels]lately, it's all been about revenues and earnings … nothing of value for what you've built," says UseMyBank's Mr. Iuso. "If it's not physical, the virtual [value]is not considered. It's just bizarre."

A lot of that focus reflects an increased sensitivity to risk – something common among investors in all asset classes in the post-crisis era, not just venture capitalists. Mr. Ceolin says a key risk element that many angel investors look at is how far away a company's product is from reaching market. The longer the time frame, the greater both the opportunity cost to the investor and the uncertainty of the ultimate payoff.

Another key factor in negotiations for financing of an early-stage startup is whether there's a risk this might only be the first of several rounds of financing, says angel investor Jordan Banks, head of Thunder Road Capital.

"One of an angel's biggest fears is getting materially diluted when the company raises future rounds [of financing]" says Mr. Banks.

"Be crystal-clear on the proceeds, time frame and expectation/probability of another financing round," he advises.

Of course, not every financing deal involves an equity interest in the startup – in many cases, both sides are looking at loans, which are typically convertible into an equity stake. Valuation of the enterprise is much less of an issue in the case of loans.

Even when the financier is being asked to make an equity investment, experts say the demands often seen on Dragons' Den – typically, Kevin O'Leary asking for a controlling stake in the venture – simply don't come up. Investors are looking for anything from 10 per cent to 35 per cent.

Experts say the quality of your business plan and your pitch can go a long way to getting the best valuation from investors – who will take any uncertainty as evidence of potential risk, giving them cause to either demand a bigger piece of your pie or walk away entirely.

"These people with the money are looking for a hole to undermine your mindset, your valuation of your company," says UseMyBank's Mr. Crozier. "So when someone asks you [tough questions about your plan]you've got to be very quick to answer those questions and be very confident. Any sign of weakness or holes is going to cause the deal to unravel."

Experts say that when negotiating a deal, entrepreneurs should also consider what they're getting from the investor. In a case where a key angel investor is a proven success in the industry you are pursuing, and can provide you with valuable contacts and advice that could propel your venture forward, it might be worth offering this investor a bigger piece of the action in return for not only his cash, but his participation.

"Entrepreneurs should offer some additional incentive to people who can contribute something valuable to the company," says Jeff Anders, who recently raised angel funds to finance his new Internet-news startup, TheMarkNews.com. "The Mark would not be where it is right now if it wasn't for the expertise and guidance from our investors." 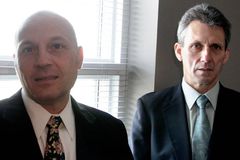