Mantella Venture Partners is in Suite 304, but it's hard to find.

Inside the new-economy office space in downtown Toronto, past the exposed brick and hardwood floors, rows of young computer programmers beaver away at their keyboards. To the left, employees huddle over laptops in rooms and on couches, sporting "casual" Monday, Tuesday, Wednesday, Thursday and Friday dress.

Only after intruding farther to a back room does one find Mantella general partner Duncan Hill, who seems to embody a rare sign of relief in Canada's difficult venture-capitalist market.

As an entrepreneur-turned-investor, he and business partner Robin Axon have arranged the companies they invest in around them, in the same office space. It's part of a hands-on style of venture capital. It's not a trend but a necessity, some believe, given the way VC is structured in Canada.

It's a challenging time. Though VC investment across Canada grew 31 per cent to $505-million in the second quarter of 2014 compared with the same quarter last year, and the number of deals rose 17 per cent, fundraising for future investing fell off a cliff, according to Canada's Venture Capital and Private Equity Association (CVCA).

The amount of money raised for venture capital investments fell 71 per cent in the quarter compared with a year ago, the CVCA reported, and that's worrisome.

"We're all nervous in the industry, quite wary about the fundraising numbers right now," said Mike Woollatt, CVCA's chief executive. "There are venture capital firms that are now struggling to raise [funds] and not sure about the future."

Enter Mr. Hill, who has only one source of funding – his firm, Mantella. So fundraising for VC doesn't depend on the traditional, difficult stage of gathering a consortium of investors. Yet for this to work, Mr. Hill said, the firm is more closely tied to the companies, providing seed money and giving direct, daily operational mentoring if needed.

"Big funds, traditional funds, tend not to get actively involved in the companies in the way that we do," Mr. Hill said. "[Traditional VC investors] offer value, they will help with fundraising, they will provide some strategic guidance at a board level. But board meetings happen once a month or once a quarter. We work with these guys every day."

Among their successes are Chango Inc., which created a software platform for advertisers, and PushLife Inc., which makes mobile commerce software and was acquired by Google in 2011. Mantella started becoming more of a venture capital fund investing in a host of companies after lawyers working for those two companies approached Mr. Hill and Mr. Axon about investing in more startups.

"In traditional venture capital, you have really, really big limited partners, and they want to see how quickly they can get their money deployed," Mr. Axon said.

That model requires "one or two really big exits," or sales of a startup or an initial public offering, to make it successful, he said.

"In our case, we're not trying to deploy a large amount of capital," he said. Mantella is instead being hands-on. "We have a model that doesn't fall apart if we don't get home runs."

OMERS Ventures, the venture capitalist arm of the Ontario Municipal Employees Retirement System pension fund, similarly doesn't have a problem with fundraising. It gets its money from OMERS. It also has brought in a host of entrepreneurs to guide young companies.

And yet OMERS Ventures still has a more traditional need for business home runs – or as its director of business development, David Crow, put it, "the likelihood of providing the highest probability of achieving the greatest returns for OMERs and pensioners."

For the OMERS VC arm, this means a general formula that looks for three times the return on invested capital, with some investments naturally performing worse than that, some performing better. Yet even with this traditional approach, having entrepreneurs on staff who specialize in the operations of young companies is seen as a good idea.

"I see it as part of a maturing of the industry," said Mr. Woollatt of the CVCA. "As in any industry, the wider and thinner it is, it's usually at an immature stage. And then you get more and more specialized as you grow up." 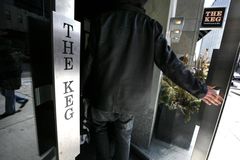 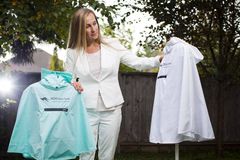 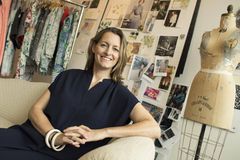 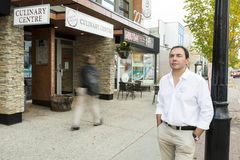 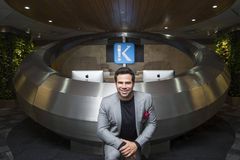 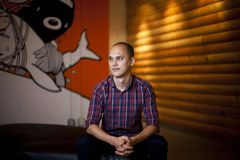