So long Silicon Valley. These days entrepreneurs and engineers are flocking to a place better known for wave surfing than Web surfing. Amid the palm trees and purple sunsets of the Southern California coastline, techies have built "Silicon Beach."

In the past few years Google, Microsoft, Facebook, and YouTube have opened offices on the west side of Los Angeles from Santa Monica south to Venice and Playa del Rey. They are joined by hundreds of startups including Hulu, Demand Media and Snapchat, which nixed a $3-billion takeover offer from Facebook. Major Hollywood players like The Walt Disney Co. and Time Warner Inc.'s Warner Bros. have launched startup accelerators to help local tech entrepreneurs. The city of Los Angeles even hired its first chief technology officer, former Qualcomm executive Peter Marx, earlier this year.

"Historically, Silicon Valley has been the centre of gravity for tech and startups but I think more and more, these types of companies can be built anywhere," says Erik Rannala, who moved from San Francisco to Los Angeles with his entrepreneurial partner William Hsu several years ago.

Rannala and Hsu oversee MuckerLab, a technology incubator in Santa Monica, California, that has invested in 45 startups such as flower marketplace BloomNation and online tuxedo rental outfit The Black Tux. Many of the ideas for the companies were hatched in MuckerLab's concrete-walled space, which is covered with white boards and sticky tabs.

The vibe is eclectic. No office-park chic here. Companies allocate ample space for bikes and surfboards so employees can hit the beach after work. Social media software maker Epoxy TV, founded by Juan Bruce and Jason Ahmad, is located in a Venice complex formerly owned by the late actor Dennis Hopper. They still get his mail. One of Hopper's sculptures adorns the yard and inside, there's a staircase to nowhere designed by renowned Los Angeles architect Frank Gehry. The Venice scene also has helped online razor service Dollar Shave Club recruit employees, according to founder and Philadelphia native Michael Dubin.

All the prosperity has caused the cost of living in Silicon Valley to soar. It's nearly impossible to buy even a small home for less than a $1-million in San Francisco and many other nearby cities. Tiny apartments can cost $2,500 to $3,500 per month.

Prices like those are one more reason that less expensive, but still enticing places like Los Angeles make sense to tech entrepreneurs, says Chris DeWolfe, who runs a rapidly growing company called the Social Gaming Network in Beverly Hills.

"It's more affordable to live almost anywhere in Los Angeles, and you still get a great variety of life here with an amazing culture, super beaches and great hiking," DeWolfe says. "And the sun is almost always shining."

The only thing that remains as a major benchmark for Los Angeles is to give birth to a city-defining company in the same way that Facebook, Google and Apple have defined Silicon Valley, or how Amazon and Microsoft have reshaped Seattle.

On the other opposite side of the U.S., New York's "Silicon Alley" has been a high-tech cove for the past 15 years. Boston and Washington D.C. also have had some success cultivating a vibrant technology scene, though neither city has coined a catchy nickname that has stuck. Billionaire Steve Case, who co-founded AOL Inc. in Virginia, is trying to spread the tech gospel in U.S. cities that have been brushed off as rusty relics of a bygone industrial era.

In June, Case visited more than 100 entrepreneurs and startups during a bus tour of Detroit, Pittsburgh, Cincinnati and Nashville, Tennessee that he called the "Rise of the Rest." This month he followed up with another round of technology-preaching stops in Minneapolis, St. Louis, Madison, Wisconsin; Des Moines, Iowa; and Kansas City, Missouri.

"This tech phenomenon in other parts of the country besides Silicon Valley is only going to increase as it becomes easier and cheaper to start companies," Case predicts.

DeWolfe said he had trouble luring technology engineers to Beverly Hills a decade ago when he was trying to expand MySpace, the social networking forerunner to Facebook that he co-founded. That's no longer a problem now that there's a steady stream of local students graduating with engineering degrees from local colleges like CalTech, UCLA and USC, says Marx, Los Angeles' chief technology officer.

Those students are flocking to local universities inspired by southern California's own success stories, including Internet search engine Overture Services of Pasadena, which Yahoo Inc. bought for $1.3-billion; MySpace, which News Corp. bought for $650-million; YouTube channel producer Maker Studios of Culver City, which sold to Disney in May for up to $950-million; and virtual reality headset maker Oculus of Irvine, which agreed to a $2-billion sale to Facebook in March.

Meanwhile, venture capitalists continue to pour more money into Southern California startups. In the first nine months of this year, venture capitalists invested $1.6-billion in startups based in Los Angeles County and neighbouring Orange County. That's up 26 per cent from the same time last year, according to figures compiled by PricewaterCoopers and the National Venture Capital Association.

That's still a pittance compared to Silicon Valley, where venture capital investments nearly doubled to $17-billion during the same period.

DeWolfe, who shuttles between Social Gaming Network's Beverly Hills headquarters and a San Francisco office, doubts Silicon Beach will ever come close to matching Silicon Valley's technology prowess. "There is something about Silicon Valley lore that you will never be able to reproduce, no matter how much you say you want to," he says.

That doesn't mean Silicon Valley can't be toppled from its perch, Case cautions. "It's important to never get cocky or complacent. Fifty or 60 years ago, Detroit was like the Silicon Valley of its day. You have to constantly attract talent and constantly innovate." 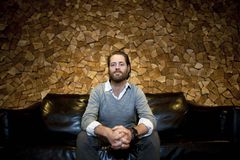 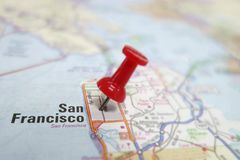 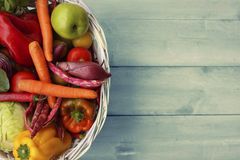