On the first day of June, both Floyd's Coffee Shops in Portland, Ore., were busier than usual.

The regulars were elbowed out of the way by new customers visiting the store for the first time to redeem their coupon, and get $10 worth of coffee for $3.

This tempting offer was made because Floyd's had been picked as the first-ever Google Offers "deal."

Google Offers is the company's baby step into the world of social buying-style promotions, where a special, limited time offer is made by a company hoping that the deal will spread virally and thereby introduce a new legion of customers to its business.

Google Inc., of course, did not invent the deal-of-the-day category; it was goaded into it after its generous $6-billion offer to buy Groupon was turned down.

Now Groupon is starting to feel the pinch after thumbing its nose at one of the world's most valuable companies. According to compete.com, Groupon lost 28.56 per cent of its traffic in August when compared to the previous month.

That was the second month in a row that Groupon's traffic was down, compared to the almost meteoric rise it had experienced since its launch in November, 2008.

I think the moral of the story is to be careful not to overplay your hand when approached by someone who wants to buy your company. Acquirers usually have deep pockets and, while you may think your business is unique, never underestimate the resolve of a big company with lots of cash.

It does have an alternative to buying you: It can simply compete with you.

Typically, when it makes the decision to walk away from the negotiation table, it does not leave empty-handed. It comes away with newfound insight on how you run your business, what works, and what flops; so it has an enormous head start to launch a competitive company.

And it doesn't just happen in Silicon Valley. Take a hypothetical example of an insurance broker that generates $500,000 a year in revenue, which is more than enough to keep the broker and his or her two office staff happy.

Then one day a big insurance broker comes along and says it wants to buy the broker's book of business and is willing to pay one times annual revenue. The broker turns up his or her nose and demands 1.5 times.

Now the suitor has a choice. It can try to negotiate with the broker, but that would undermine the economics of the model it's used to buy hundreds of practices just like this one.

Or it can simply hire someone to start an office to compete.

Let's say it picks choice No. 2 and hires a young, aggressive broker. It guarantees that broker $200,000 a year in the first 12 months on the job while he or she is building a book of business.

You have not only lost the opportunity to sell your business; you're now competing against a young, motivated rival with a parent company who has an extra $300,000 that it didn't use to buy you, and it's putting it toward helping your new competitor build a business.

If you're lucky enough to get approached by a big company that wants to buy yours, remember it is usually not choosing between buying you or buying your competitor.

It's often choosing between buying you or setting up shop to compete with you. As soon as buying you becomes more expensive than competing with you, it'll compete.

In the case of the deal-of-the day business, there is virtually no barrier to entry. All you need is some e-mail addresses, local knowledge and a sales force willing to call on small businesses – all of which Google has plenty of from initiatives like Google AdWords, gmail and the like.

Separate roles as shareholder and CEO
September 21, 2011
A buyer approaches: Three mistakes to avoid
September 14, 2011
What to do when customers start to run out
September 13, 2011
Seven reasons not to work from home
September 6, 2011 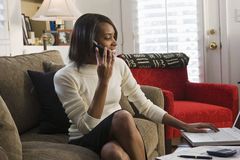