When Alexandra Nikolajev started her business last January, she didn't expect that, a year later, cellphone costs would account for nearly 15 per cent of her monthly expenses.

The company offers these services in 10 spas in Ontario, and opened its first storefront location last month.

Since Ms. Nikolajev operates her business out of other people's spas, she and her partner, Karen Doering, are constantly on the phone with spa owners and two employees – technicians who do most of the procedures.

Ms. Nikolajev and her partner are finding they each spend close to $400 a month on mobile costs. "We're constantly on our phones, and we always go over our minutes," she says.

Ms. Nikolajev wants to cut her bill by at least half, and is desperate to do it now.

She's aiming to expand the business – it brought in revenues of $200,000 in 2011 – to more Ontario spas and set up more storefronts. She also plans to partner with salons in Alberta within four to six months, and is worried that if she doesn't get a grip on her costs now, they'll skyrocket when she makes the move out West.

Ms. Nikolajev uses roaming data packages and a mobile long-distance plan, and occasionally Google Talk for video conferencing, but she still can't get her bills lower. She's spoken to her service provider, but has been told she's already on the best plan.

"My car is my office," she says. "But we can't keep spending as much as we are to talk to each other."

The Challenge: How can the company cut its mobile costs?

She should consider leveraging Wi-Fi to manage her costs. Getting Wi-Fi calling allows a mobile phone to make and receive calls over an Internet connection, which means she'll use less talking minutes. If she's at a spa that has Wi-Fi, she should use their connection and reduce the minutes she uses, which, in turn, will keep her bill down.

She should also consider investing in portable wireless Internet, which allows her to create a Wi-Fi zone wherever she is. All she needs is a power source and her team can connect multiple devices to the one Wi-Fi connection, including tablets, laptops or smartphones, over a secure network.

Consider using a voice over Internet protocol (VOIP) app, such as Skype Talkatone or Zerofone for outbound calls. Google Talk can only be used via computer, though it will be available for smartphones in Canada at some point.

Depending on how many calls they make, they could reduce their bill by 50 per cent by just doing that.The technology isn't where it needs to be yet to rely on VOIP for inbound calls, unfortunately.

Also make use of a messaging app. BlackBerry Messenger and, now, iMessage allow people to send messages to BlackBerry and iPhones, respectively, without incurring texting costs. A cross-platform messaging service, like Whatsapp and Kik allows people to send messages to any phone for free. By doing this, she won't have to pay for a text message again.

Ken Walford, president of Winnipeg-based WR Display & Packaging, who cut his mobile bill by 20 per cent.

We put all of our BlackBerrys under one plan and now they have free calling between each other, day and night. We can talk to each other for free anywhere in Canada and it doesn't take away from our base minutes.

When she sets up her office, she should think about getting a 1-800 number. We have a couple of them for our offices and, sometimes, when I call the office, I call that number. If she has an 800 number, she won't pay long distance to call the office when she's out of town.

She should also make frequent calls to her provider to see if there are new promotions. I do that all the time. That's how I reduced my bill. My bill is also $800 a month – but I'm paying for eight phones.

With this service, you can make calls over a wireless network, as long as Internet access is available, and you have a Wi-Fi-enabled phone. Calls made over Wi-Fi don't count against your minutes.

Use a messaging app

Blackberry Messenger, iMessage or a cross-platform messaging app allows people to send each other messages without incurring texting costs. 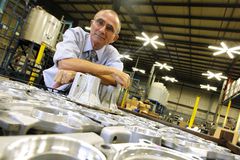 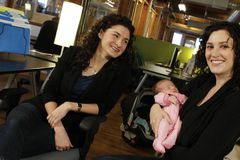 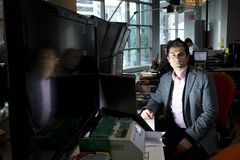 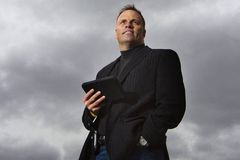 How to convince employees to relocate for work
November 30, 2011 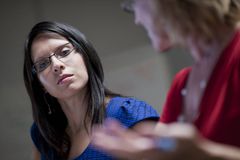