Big picture-wise, there seems to be a general consensus on a number of things right now regarding the Canadian economy.

For a number of reasons, Canada suffered relatively less during the recent recession than did other developed nations. We are therefore very well-poised to lead the economic growth sweepstakes for the next few years, and possibly longer if we play our cards right. It is also generally agreed that Canada will face a demographic challenge over the next decade or so as the massive bulge of baby boomers look to retire from the work force. This challenge is by no means unique to Canada, but we do happen to have one of the proportionately largest baby boom generations as compared to other countries. Another trend is that we have, after years of relative fiscal sanity, recently gotten ourselves back into the unfortunate situation of very large government deficits and growing national debt.

Taken together, these factors present government with an enormous opportunity that would go a long way toward enhancing Canada's economic strength leading into the future: the potential to significantly and permanently reduce the size and cost of government. Over the last 15 years, the size of government at all levels has grown like mad. Although there was some downsizing at the federal level in the mid-1990s when the deficit elimination campaign began, and provincial government employment also dropped off a little around that time, both levels of government have since expanded back to their previous size, and then some. Municipal government growth has been positively astounding, almost doubling in the past 10 years. During the recent recession, governments continued to grow as private sector employment contracted. Over the past few months, private sector employment has fortunately resumed a positive growth path, but continues to be substantially outpaced by government hiring. The cumulative impact has led to total government spending that now amounts to almost 45% of total economic output.

Something has got to give. A gradual downsizing of government at all levels will be essential to permit Canada's wealth-creating private sector to take advantage of some of our current favourable circumstances vis-à-vis other nations—rather than just being bogged down by ever-expanding government. Demographic realities mean that this can be accomplished in some relatively painless ways. As public sector baby boomers retire, attrition alone can be a powerful means of reducing government size. More co-operation among levels of government can also help. Unfortunately, some recent developments that could have led to more efficient government were not taken advantage of. For example, B.C. and Ontario plan to harmonize their provincial sales taxes with the federal GST this year. And yet, to date there appear to be no efficiencies planned in terms of downsizing the departments involved in administering the tax. Surely having one tax instead of two requires less of a contingent of bureaucrats to oversee its administration. And this is only one example among many where governments failed to realize efficiencies when they were eminently feasible.

Government monopolies must also be challenged, as the introduction of competition into any market virtually always enhances efficiency. Health care expenditures now represent about half of every province's budget, and will only continue to grow if nothing is done. Many European countries have introduced private competition into health care markets—still within the bounds of a public health care system—and have brought down costs and improved quality as a result. Most municipal governments maintain public sector monopoly delivery of services such as garbage collection, despite high costs and other inefficiencies.

Clearly, political will has been a missing ingredient to date in pursuing ways to streamline government and deliver services more efficiently and with fewer people. We need to collectively find that political will soon, or we will squander the opportunity to build some of our current favourable short-term circumstances into long-term advantages that will benefit all Canadians.

Catherine Swift is chairwoman, president and CEO of the Canadian Federation of Independent Business . This column originally appeared in the June issue of Your Business magazine.

Financial questions from readers answered
April 29, 2018
The challenge: How to reduce Interac transaction fees
May 2, 2018 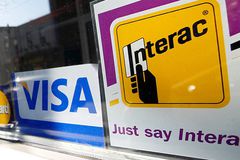