When Cynthia and David Enns started Laughing Stock Vineyards on the Naramata Bench in British Columbia's Okanagan in 2003, they were advised to start small, a strategy that worked for them in several ways. They were new to the business, still working their day jobs in the financial services sector. And they had a lot to learn about growing grapes.

Another factor was that in the wine business, less can end up being more. That's because "scarcity marketing" often sparks consumer desire and helps sell limited-edition products such as wine.

The Enns did start small, with one acre of grapes and 500 cases of their flagship Portfolio, a Bordeaux-style blend, which hit the market in 2005, selling for $35 a bottle.

"Perhaps we could have sold 2,000 cases," Ms. Enns says. "You would think it doesn't rationally make sense to produce less than you can sell. But it was a good strategy. You get the pent-up demand and a bit of buzz. You don't have product languishing on a shelf."

Don Cyr, dean of the Goodman School of Business at Brock University in St. Catharines, Ont., says there's risk involved in this strategy.

"Scarcity marketing, the basic approach of motivating potential customers to buy your product or service by advertising limited time availability or shortage (that may be real or not), derives from the economics of scarcity and the related behaviour of all of us, who are ultimately risk averse. The perceived risk of scarcity, or not being able to acquire something today or in the future, is the behavioural element underlying the approach.

"It is a viable marketing strategy that works, particularly in the case of goods and services that do not have ready or comparable substitutes. There are several benefits, including bringing consumer attention to the product, particularly if there is an interesting reason for the shortage. This can lead to an increase in perceived quality and brand loyalty.

"The complex ways in which we value wine can provide a ready basis for scarcity marketing. The value placed upon the location in which the wine or grapes are produced, the grape varietal, along with the very real weather and consequently quality risks, and many other factors, can give rise to limited production of a perceived high-value product.

The company took the bold move of further piquing interest by creating a "futures market" for the wine, a practice common in France, but relatively new to British Columbia.

"No one had ever heard of us, and here we were, preselling our wine," Ms. Enns says.

It turned out that Laughing Stock became anything but. Word-of-mouth helped it sell half of its first offering before the wine was released, creating cash flow and stoking anticipation. The rest of the wine sold out within three weeks of release.

This year the company sold 700 cases for the prerelease price of $35. But now when its wine hits the market, it goes for $45, so there's also a cost savings associated with buying early.

"People want what they think they can't have," Ms. Enns says, explaining the psychology of scarcity. "They want to be able to share with others something no one else can get."

The Enns, who sell out every year, are making a profit on annual revenue in the $2-million range, cultivating 40 acres and producing 6,000 cases of whites, reds and roses annually.

They sell about a third of their wine through an online wine club, where loyal customers can reserve early. Another third is sold to restaurants, mainly in Vancouver, while the rest is sold in wine stores. While most of the product remains in B.C., it has made inroads in other provinces, as well as in Japan and Hong Kong.

The company plans to hold production steady, rather than increasing it to meet increased demand.

"We are not into empire building," Ms. Enns says. "This is a lifestyle business. We've got systems in place now where we can enjoy the process, and when you continue to grow, that changes.

"We want to be hands-on," she adds, apologizing that husband David could not be part of the interview. "We're bottling today, and I couldn't get him off the forklift."

Charles Steven Trenholme, a Toronto-based wine marketing consultant who has worked with many global brands, says this strategy usually works on a small scale for a limited time.

"Scarcity is not a marketing strategy. Occasionally, a small winery or a single brand within the portfolio of a large multinational company captures the attention of wine consumers and becomes the darling of the drinking set or a "cult" wine; however, when the winery or company expands production to generate more revenue and increase profitability, they may find it difficult to find additional customers without significantly increasing their marketing spending with a negative impact on profitability.

"New Zealand's Cloudy Bay Sauvignon Blanc is a case study. Once priced at double the average for its category and often on allocation by retailers such as the LCBO, as production increased and more stock became available, the retail price did not increase and sales lagged. This is, in part, because consumers did not feel a sense of urgency to purchase the wine as soon as it was released for sale and also, as consumers became more familiar with other New Zealand Sauvignon blancs they did not feel the brand deserved the price premium.

"Wine drinkers are a fickle group. Varietals go in and out of favour. Wine styles ebb and flow. The market has proven that portfolio diversification is the best approach to continued success and profitability. Think of all the great global wine producers – all have their Best of Class brand, as they do their entry-level, high-volume crowd pleaser."

Keith Head, professor in the strategy and business economics division at Sauder School of Business at the University of British Columbia in Vancouver, says companies should consider the revenue and profit tradeoff.

"I am skeptical of this notion of scarcity marketing. If it really worked, why doesn't Toyota make fewer Corollas so they would be scarce and hence more desirable to consumers?

"A more sensible explanation is that each firm that makes differentiated product has a downward sloping demand curve. This means that if they produce very little, they can sell that small amount at a high price. But that will not maximize their revenues and it probably won't maximize profits either."

"One thing we have to keep in mind with wine is that attempts to scale up production often lead to declines in quality. In an industry that depends on the special features of the 'terroir' and the tender loving care of the vineyard manager and winemaker, mass production is not usually consistent with premium quality. Hence the owners have decided upon a low-scale, high-price strategy. This is just simple economics of the firm."

This approach worked for the Enns, allowing them to get out of financial services and into their labour of love full-time. 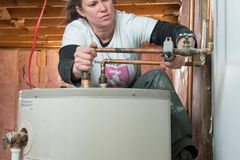 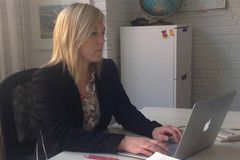 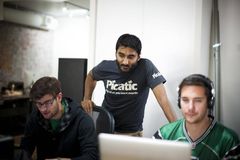 Most small businesses have no plan to deal with impact of falling loonie: survey
April 9, 2014 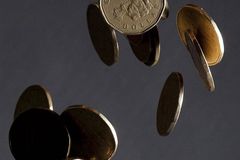