The second of four children, 25-year-old Brad Fremmerlid cannot speak or read. Being on the severe end of the autism spectrum, the Edmonton resident displays ritualistic, obsessive behaviours, such as spinning in circles or rocking back and forth.

But give him a set of instructions – for an IKEA bunk bed, a stationary bike or a deluxe barbecue – and he can build whatever is in front of him.

The man’s knack for putting things together goes way back to when he was growing up in Wabasca, Alta. His father, Mark, a pilot, would give his son Lego and model-airplane kits to help keep him occupied. The younger Fremmerlid proved so adept at building things that he willingly began taking on increasingly complex projects.

His father recognized that this penchant for construction could be more than a hobby. Two years ago they launched Made by Brad, a business that allows the young man to do what he does best and be an active member of the community.

Brad Fremmerlid is just one of the country’s autistic entrepreneurs. Having severe autism or intellectual or developmental disabilities poses unique challenges when it comes to going into business or becoming otherwise self-employed. But advocates say successful startups are possible given the right support. 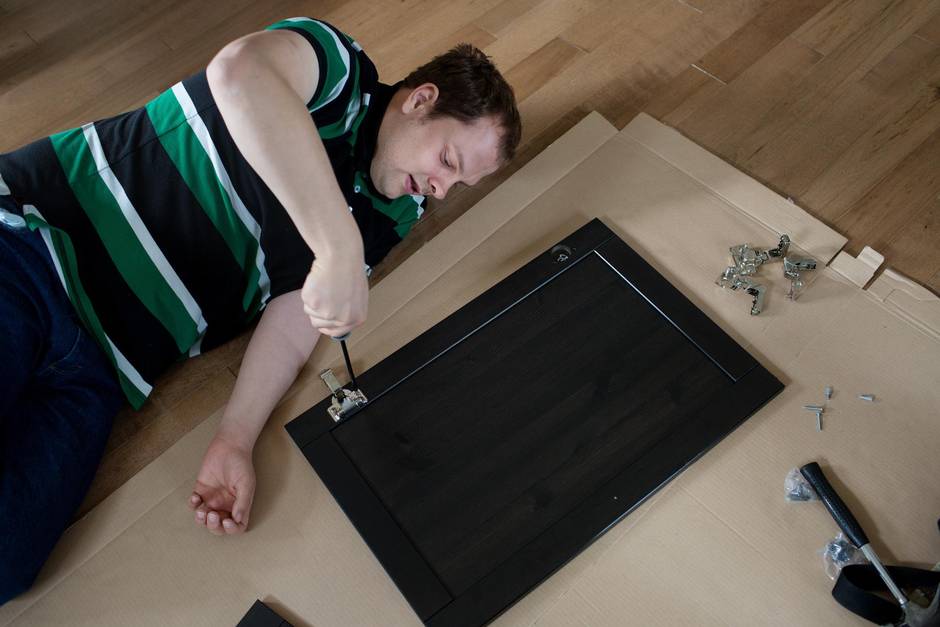 Amber Bracken For The Globe and Mail

Deborah Barrett helped her son start his delivery company, Anthony at Your Service, in 2012, also in Edmonton. She describes her 27-year-old son as a gentle fellow with a charming smile who loves travelling, swimming, music and math. He has autism as well, and although he can communicate in his own way, he barely speaks.

“He couldn’t really grasp that he couldn’t go to school any more,” she says. “He kept saying, ‘New school. Grade 14, Grade 15 …’ I was thinking, ‘How do I occupy every hour of every day of the rest of my adult child’s life?’ You can’t go to school all your life; most people end up finding a job. But how could we convince someone to take a chance on him?”

Ms. Barrett says there’s very little in the way of resources and services for those who have limited intellectual capacity wanting to start a business or become self-employed.

“We have this idea where, if you’ve got an intellectual disability, you can’t think well, so you can’t participate in community life because you’d be too dependent on others,” she says. “But there are lots of jobs that folks like Anthony would love to do.”

“With the proper support team taking care of day-to-day management and administrative duties – accounting, contracts and the like – they can focus on doing what they love and integrate both economically and socially.”
Garry Angus, provincial co-ordinator of British Columbia’s Community Futures’ Entrepreneurs with Disabilities program

With his aide by his side – whether he’s driving Anthony or travelling by bus with him – Anthony delivers everything from packages to birthday cakes to pizzas. He has only missed a handful of days since he started, and he earns about $400 to $700 a month. The business has other employees, too; some have autism, others have Down syndrome, still others have varied intellectual or developmental disabilities.

To illustrate just how deeply the employees value their roles, Ms. Barrett tells a story of how one young man hadn’t been cashing his cheques. When she inquired, she found out that he had been keeping them in the fridge so he could show them to people when they came over.

“He would say, ‘See? I worked.’ These guys know other people go to work, so they think, why aren’t they going to work? Life in forced recreation isn’t much of a life.”

“For Anthony, it provides structure and meaning,” she says. “I’m not sure he really understands money, but he likes taking his cheque to the bank, and he’s building up some savings. It’s a really good thing for him. It’s a routine and he likes what he’s doing.” 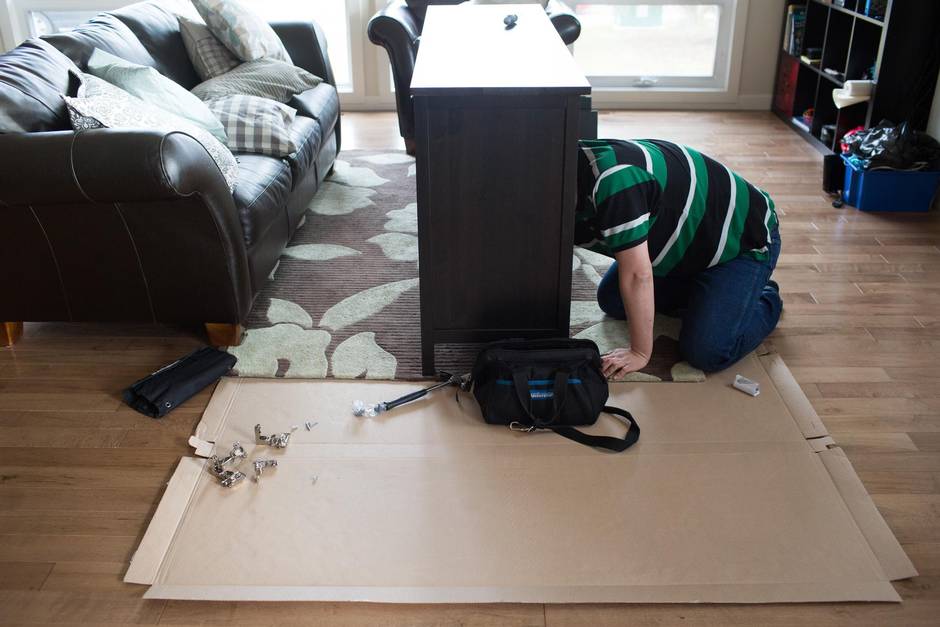 Amber Bracken For The Globe and Mail

“In Canada we say that work is a right, while honestly it’s a privilege,” Mr. Angus says. “In order to work, people absolutely need to be integrated into community life and given the opportunity to learn and make mistakes.

“Supported self-employment can be a wonderful thing for people with high levels of challenges, as a business that suits their aptitudes and interests can be built around them,” he says. “With the proper support team taking care of day-to-day management and administrative duties – accounting, contracts and the like – they can focus on doing what they love and integrate both economically and socially.”

“Then you’re not isolated or stigmatized. You’re contributing. You have a purpose. You build self-esteem and self-worth. You become a person who counts and not a label.”

Mr. Angus points to Griffin-Hammis Associates, a Montana-based consultancy that specializes in developing self-employment opportunities for people with significant disabilities. It’s a North American leader in the field.

Senior partner Cary Griffin says his firm works with this demographic by conducting what he refers to as a “discovery assessment process.”

“We spend time with a person; we spend time with people who know the person,” says Mr. Griffin, who is the co-author of the book Making Self-Employment Work for People With Disabilities. “We bear down on skills and tasks: What does the person know how to do, what does this person like to do, and what can we teach them to do?”

Griffin-Hammis Associates, which is working with Alberta Human Services and Alberta Works, has many success stories. One of its clients has seizures and is non-verbal but is adept at woodworking and has started a cabinet-making shop. Another splits and delivers firewood. One has an in-home computer-repair business; one works as a beekeeper and produces honey; another raises chickens and is selling eggs.

Mark Fremmerlid says that business has been steady. Brad has built everything from entertainment centres to bookshelves for people. He makes about $400 a month, but the benefits go beyond the money.

“The diversity of jobs and people he is dealing with every day appear to be opening his eyes to the world, whereas before he seemed shut into his own world,” Mr. Fremmerlid says. “I find he is more ready for the next and far more challenging step – communication.”