It's a mistake small-business growth specialist Ryan Caligiuri sees all the time: A company decides it needs to play catch-up because it hasn't gotten into the social media game yet. So managers hire an intern to do it.

"I think that's one of the biggest knocks on social media and why people don't give it much respect," Mr. Caligiuri says. "You hire an intern and say, 'Go ahead and tweet and start engaging.'

"Well, what is the engagement leading to? Who am I engaging with and why am I even doing it?"

Pawning it off on the intern might seem like a cheap way to create a social profile, says the Winnipeg-based Mr. Caligiuri, but it's unlikely to reward you with results.

Most companies don't know where to start, says Toronto's Mark Evans of ME Consulting, one of Canada's leading social media experts. "What do they want to use it for? How will they define success? What would be the most relevant tools?"

Faced with these complexities, companies may choose instead to outsource their brand-building and customer engagement on Facebook and Twitter. Though he doesn't do it himself, Mr. Evans says that hiring an outside organization can give companies the best of both worlds.

"You get to do social media, but you get to do it in a way that might be more cost-effective," he said. "And it might give you more flexibility, which is a key consideration these days, because everyone is trying to operate as lean and mean as possible."

Karim Kanji is the "chief wave maker" of thirdocean, a Toronto-based company that handles social media strategy and training – and execution as well.

"The main reason we execute for companies is that they really don't know what to do, even after we train them. And No. 2, they have nobody on staff and they don't want to manage another person," he said. "And they might not even know what to look for and how to measure whether someone is good or not."

But is it possible for an agency to really "get" a company and be able to act, look and feel like them online?

"That's something that business owners should be concerned about," said Mr. Kanji. "We want to ensure that the language that we use is the same as the company's language – the words we use, the photos we post, the videos, the discussions that we have speak to the values of the company that we're working for, their brand. It needs to be a seamless integration.

It's important for any company that is handling social media to be reporting back regularly, Mr. Evans notes. "There has to be some accountability from the agency to the brand in terms of what's going on and some of the trends they should be paying attention to."

Say your business is getting a lot of clicks in India. "Have you considered doing business there? Or are you hiring people there?" says Mr. Caligiuri. "Figuring out who's clicking on your links and where those are coming from, that can be very valuable."

One of the biggest problems companies have when doing social media themselves is maintaining consistency, says Lisa Ostrikoff, the co-creator of BizBOXTV, a Calgary-based company that offers social media management with video or Web TV production rolled into the mix.

"Many come out of the gates charging and then stop cold a short time in," she said. "Social media demands consistent, authentic effort. If, as a business owner, you cannot commit do doing it consistently, then you just shouldn't.

"Once you start building a network and have gained people's trust in the forms of 'likes' and 'follows,' the least you can do is provide them with content that reinforces why they followed you in the first place," Ms. Ostrikoff recommends.

One of the essential elements many companies miss is responding to inquiries on social media, Mr. Caligiuri says.

"If people reach out to you and you don't respond, it's almost taken as an insult these days," he said. "You have to be very, very careful with that, because you don't know what kind of influence people have online. Bad news can spread very fast. It can be very dangerous."

Companies should also be careful about who they hire, says Ms. Ostrikoff. Because social media is so "hot" these days, "so-called experts [are]popping up all over the place," she says.

Check references when considering a social media specialist or company, and not just "fluffy testimonials," Mr. Caligiuri says. "Real campaigns, real results," he says. "You'll find out very quickly if somebody's for real or not if somebody tries to hold back their references."

At the end of the day, says Mr. Evans, all companies should work toward the goal of doing social media themselves.

"If you are drinking the proverbial Kool-Aid, then it's a lot easier to engage and really leverage your knowledge and self-interest in promoting the company," he says. "You can hire someone on contract or a freelancer, but it's not their primary way of making a living, they're not exclusively devoted to you and I think that makes a big difference."

Mr. Caligiuri agrees: "There are certain things a company isn't going to be able to do for you – things like personality, things like real connection." 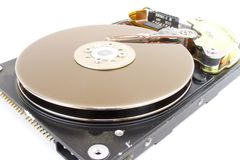 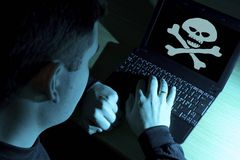 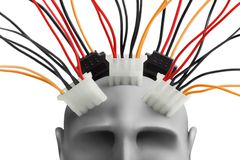 Growth story that started in the days of the modem
April 10, 2012 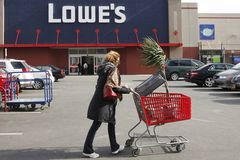 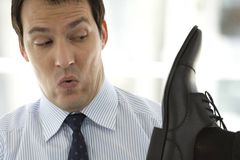